Aislinn Flynn fell a little more than a half-point short of averaging a double-double for the season and was named to the Maryland JuCo Conference All-Conference team. 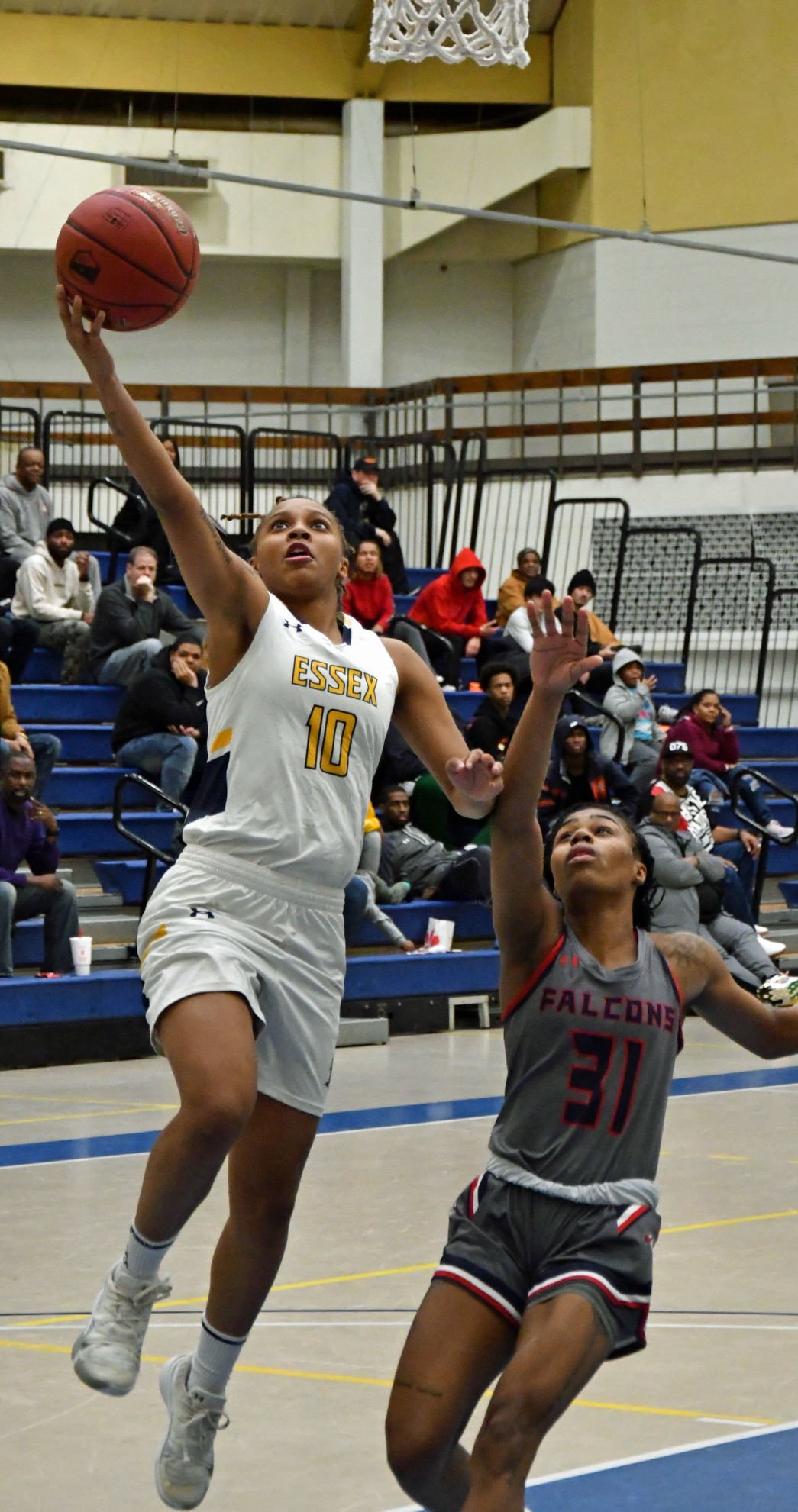 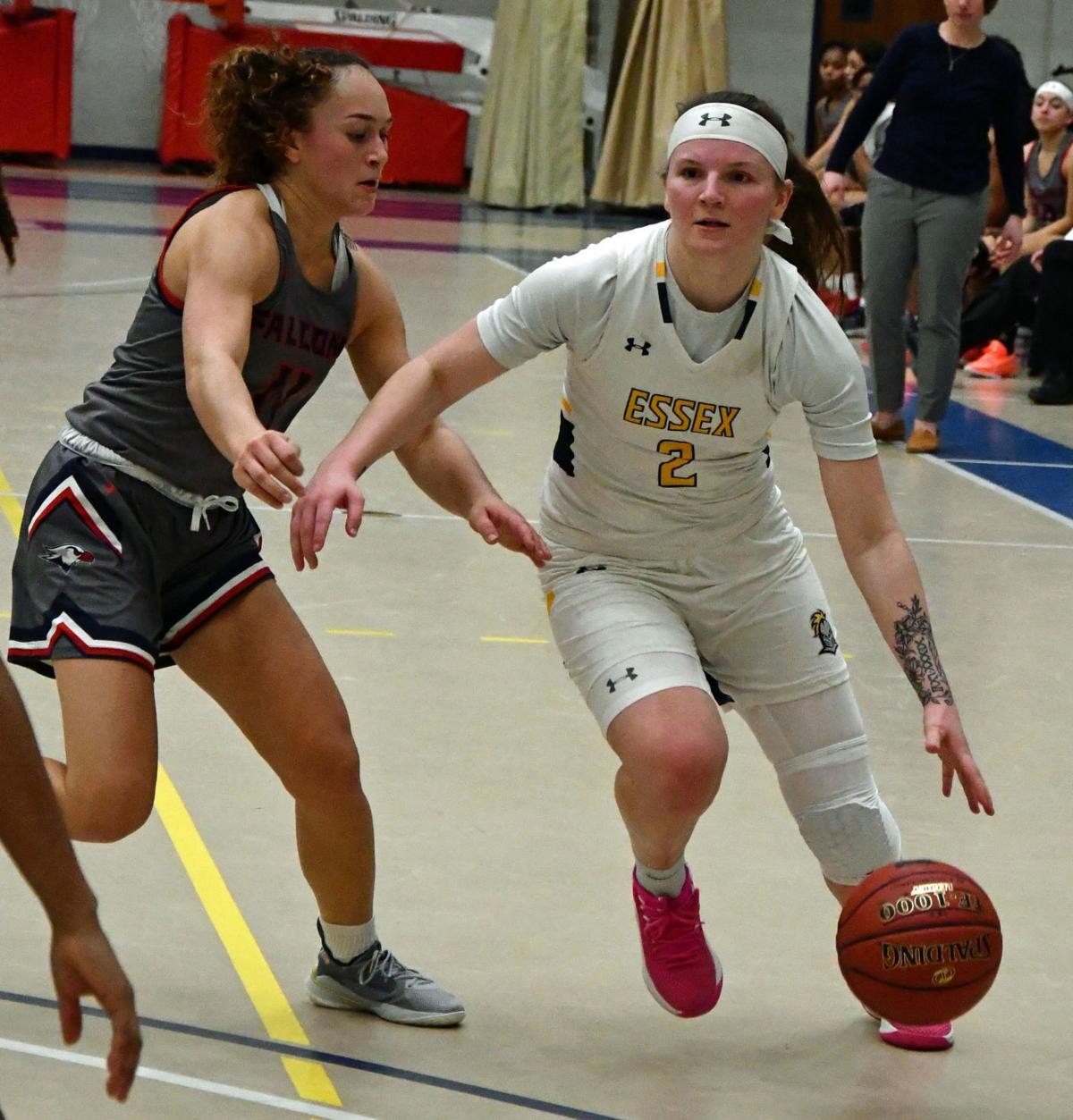 Aislinn Flynn fell a little more than a half-point short of averaging a double-double for the season and was named to the Maryland JuCo Conference All-Conference team.

Nothing will ever make up for missing an opportunity to play for a national championship, but several members of the CCBC Essex women’s basketball team earned some nice “consolation” awards.

Mya Moye was selected to the first team NJCAA Division II All-American squad, and was also named the Sophomore of the Year.

The team was selected by World Exposure Women’s Basketball, an NCAA-certified Recruiting/Scouting service.

The backcourt of Gagen and Moye led CCBC Essex to a 30-2 record, the NJCAA Division II Region XX title, and a spot in the NJCAA championship tournament for the first time since 1978.

Essex, which fielded a women’s basketball team for the first time in 15 years, missed out on a possible national title when the tournament was canceled due to concerns over the coronavirus.

“Although we would have liked to the [national tournament], we are thrilled to have the year we had,” Essex coach Mike Seney said. “We had the ultimate team success and the individual awards followed.

“This season will go down in the history books for sure and I’m blessed to have been a part of it.”

Moye and Gagen, along with sophomore forward Aislinn Flynn, were also named to the All-Maryland JuCo Conference first team.

She was twice named NJCAA Division II Player of the Week and was the Region XX tournament MVP. Moye scored 81 points in a January game at Northern Virginia Community College as a tribute to Kobe Bryant.

Gagan averaged 16.8 points, 4.7 assists and 4.3 steals. Flinn averaged 9.4 points, 10 rebounds and 3.8 blocks per game. The 6-foot-3 forward also was a threat from the outside, averaging 30 percent on three-point attempts.

Gagan, a transfer from the University of Rhode island, led the conference with 139 steals and her average was fifth in the NJCAA.

All three players have multiple offers from NCAA Division I schools.

Gagan has committed to the University of Maryland, Baltimore County. Moye and Flinn have not yet made a decision as of press time.