Alfred Lacks Carter, a grandson of Henrietta Lacks, speaks to reporters outside the U.S. District Courthouse in downtown Baltimore on Monday morning.

The estate of Henrietta Lacks is suing a pharmaceutical company for profiting from their relative’s cells, which were taken without her consent over 70 years ago, lawyers representing the family announced this week.

The suit is the first of multiple possible lawsuits against pharmaceutical companies by the Lacks family after they retained prominent civil rights attorney Ben Crump earlier this year.

Henrietta Lacks lived in Turner Station when she was diagnosed with cervical cancer at 31, and was admitted to Johns Hopkins Hospital where her cancer cells were sampled without her consent. The cells, dubbed “HeLa Cells,” kept replicating, and have led to several breakthroughs in biomedical research since her death in 1951, being used in vaccines, cancer treatments, and AIDS treatments, to name a few.

Now, Henrietta Lacks’ family is seeking compensation from biomedical giants which have profited off using her cells. The first lawsuit, filed earlier this week, is against Thermo Fisher Scientific, a Massachusetts-based company which a complaint alleges “cultivates and sells HeLa cells,” listing products which contain them.

Ron O’Brien, a spokesperson for Thermo Fisher, did not respond to the Eagle’s request for comment earlier this week.

At a press conference on Monday outside the U.S. District Courthouse in downtown Baltimore, Crump recalled other incidents of medical experimentation performed on Black people in the mid-20th century, such as the Tuskegee Study, where researchers lied to hundreds of Black men who had syphilis, telling them that they would be treated, when in reality, they were not.

“You think about all of that, and you see what happened at Johns Hopkins was not something that was unique,” Crump said. “It was common practice to experiment with Black people, like lab rats.”

Crump alleged that the experiments and treatment at Hopkins “caused the last month of [Henrietta Lacks’] life to be in agony.”

“They were not trying to save this Black woman, they were just trying to use her. We’re better than this, America,” Crump said.

Asked to comment on the matter, Johns Hopkins officials said that although “what happened to Henrietta Lacks in 1951 would not happen today,” she was given the best treatment for cervical cancer available at the time, radium treatment, and the sampling of her cells was done without consent, as was practice then, regardless of race or class.

“While we cannot change the past, we at Johns Hopkins never sold or profited from the discovery or distribution of the HeLa cells,” the hospital said in a statement. “In addition, in 2013, Johns Hopkins worked with members of the Lacks family and the National Institutes of Health to help broker an agreement that requires scientists to receive permission to use Henrietta Lacks’ genetic blueprint, or to use HeLa cells in NIH funded research.”

Grandchildren of Henrietta Lacks said at the Monday press conference that they had considered lawsuits in the past, but they believe now is the time to take action.

“It’s about time,” Ron Lacks, who wrote a book, “Henrietta Lacks: The Untold Story,” about Henrietta Lacks, his grandmother, met a person who introduced him to Ben Crump at a book signing, said. “We will celebrate taking back control of Henrietta Lacks’ legacy. This will not be passed on to another generation of Lacks.”

In the case, Crump, who was the lead attorney for the families of George Floyd, Trayvon Martin and Tamir Rice, is joined by high-profile lawyer Chris Seeger, the lead attorney in a massive NFL lawsuit regarding concussions, as well as Baltimore attorney Kim Parker.

“These corporations have become billionaires, trillionaires in some instances when you add up all of the money that has been made at the expense of Henrietta Lacks, and yet none of that money has been afforded to this family. And that is a disgrace, it is unacceptable,” Parker said.

The team representing the Lacks family has previously said they are prodding possible cases against more pharmaceutical companies, as well as Johns Hopkins.

Seeger said that Thermo Fisher “should not feel alone” in being listed as a defendant, as “they are gonna have a lot of company very soon.”

The suit seeks for the court to order for Thermo Fisher to disperse profits made off of the cells to Henrietta Lacks’ estate, prevent Thermo Fisher from using HeLa cells without permission from the family and to create a trust on all HeLa cells, their intellectual property and their proceeds possessed by Thermo Fisher.

The lawsuit was filed on Oct. 4, the 70th anniversary of Lacks’ death. 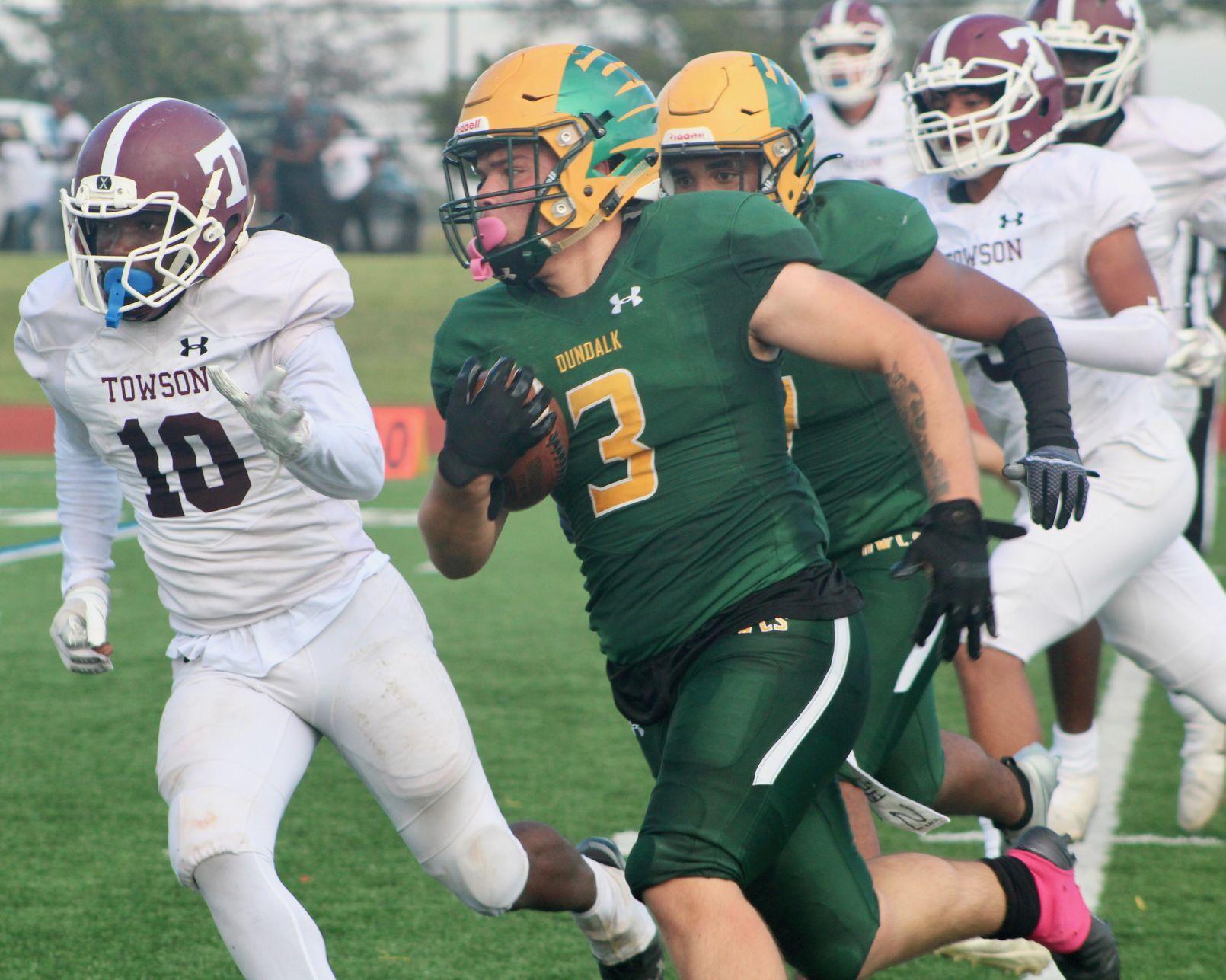 The Owls’ Jordan Fiorenza, a star player on Dundalk’s football team, hustles the ball from Towson during the Owls’ homecoming game on Monday night, which was delayed due to a “verbal altercation” at Dundalk High School on Friday morning. Read more on page 6. 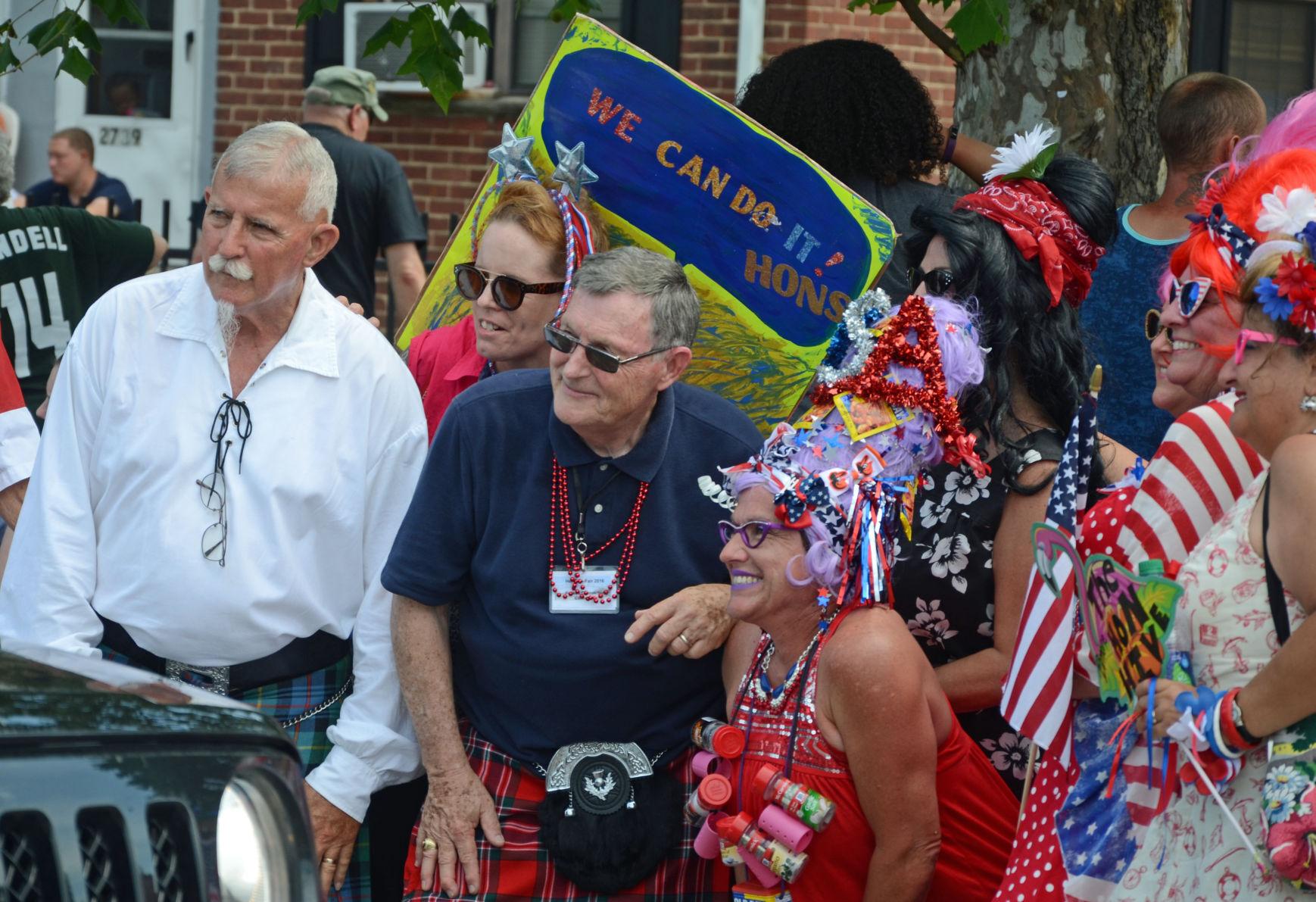 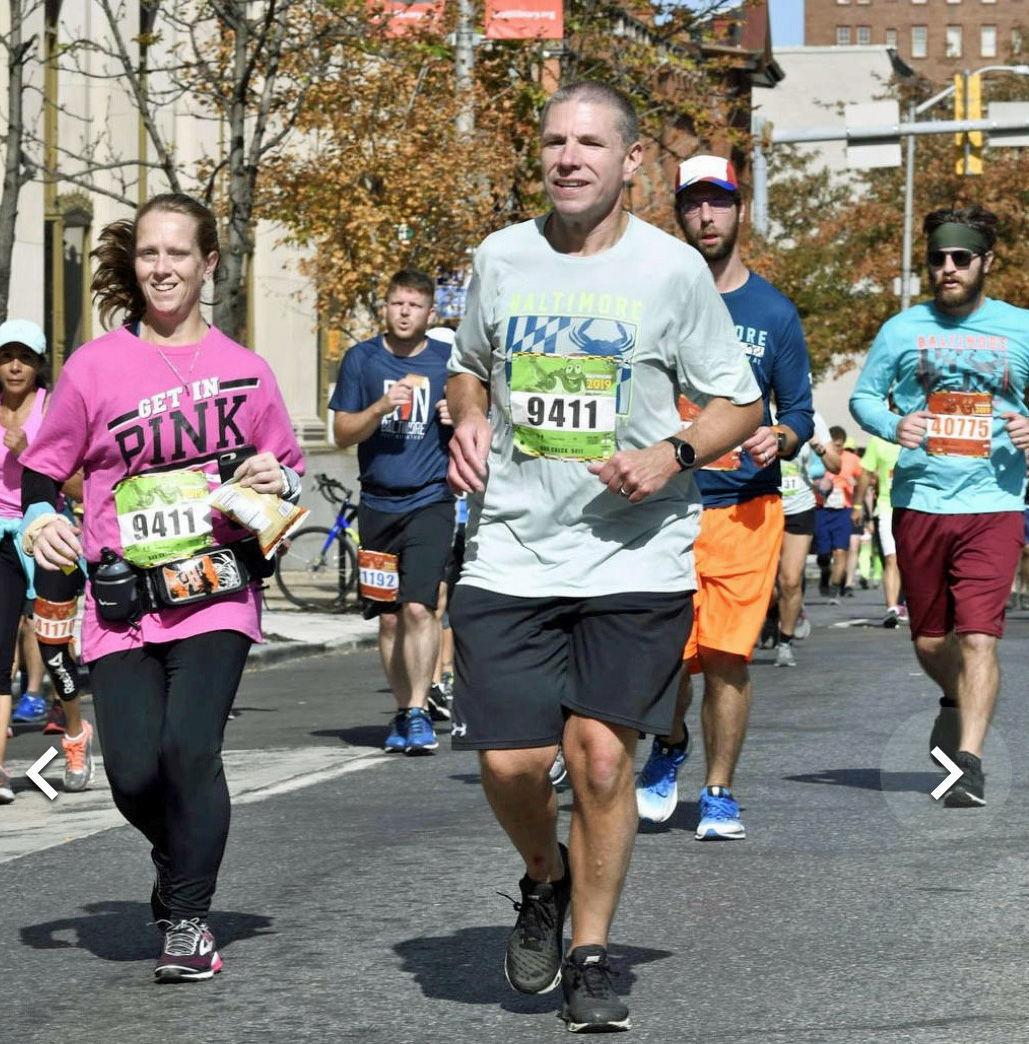 Kim Morrison runs the Baltimore half-Marathon in 2019 with her brother-in-law, Kirk Marzec. Morrison wore a pink shirt to honor her sister, a breast cancer survivor.

The post office in historic Dundalk, Maryland, was built with federal funding from the Treasury Department, beginning in 1940. The building has an example of New Deal-style artwork in its lobby.

The postal service has new staff working at its top regional positions, and an internal audit of area post offices is expected to wrap up next month.

Lora McLucas is the new acting district manager for Maryland, and Eric Gilbert, who recently served as the Baltimore postmaster, is the postmaster again.

Ruppersberger said in the statement that McLucas is “known for her no-nonsense approach and focus on the fundamentals,” and that he expects Gilbert to “hit the ground running.”

Gilbert, the new postmaster, replaced Ed Williamson, who was named as the new Washington, D.C. postmaster on the same day, according to Freda Sauter, a regional spokesperson for the United States Postal Service. The new district manager, McLucas, is replacing Le Gretta Goodwin, who was named as the manager for the postal service’s Kentucky and West Virginia district on the same day.

In the statement, Ruppersberger said the inspector general’s report, complete with a diagnosis of issues at the post office and recommendations, is expected to be complete next month.

Click and hold your mouse button on the page to select the area you wish to save or print. You can click and drag the clipping box to move it or click and drag in the bottom right corner to resize it. When you're happy with your selection, click the checkmark icon next to the clipping area to continue.