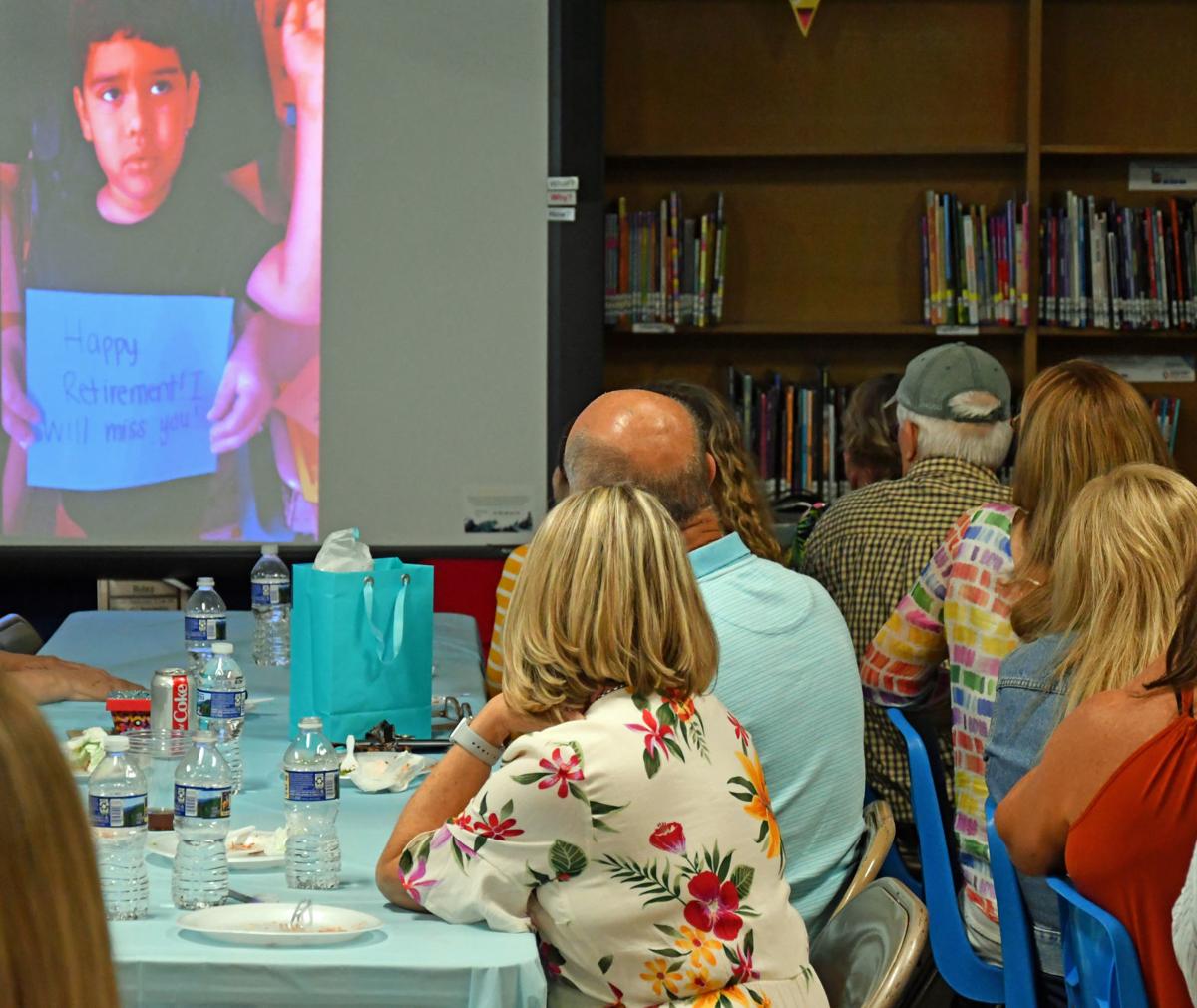 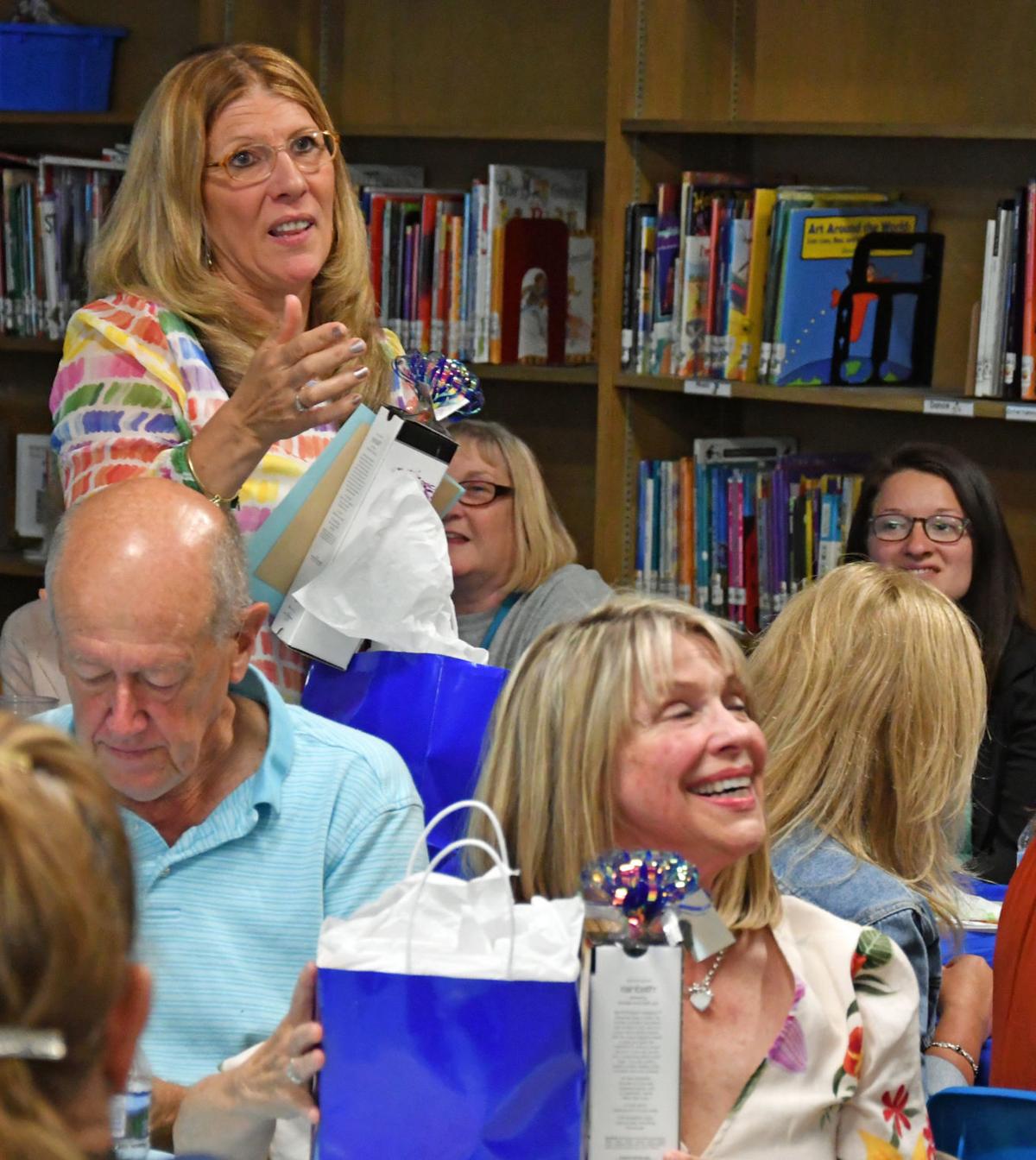 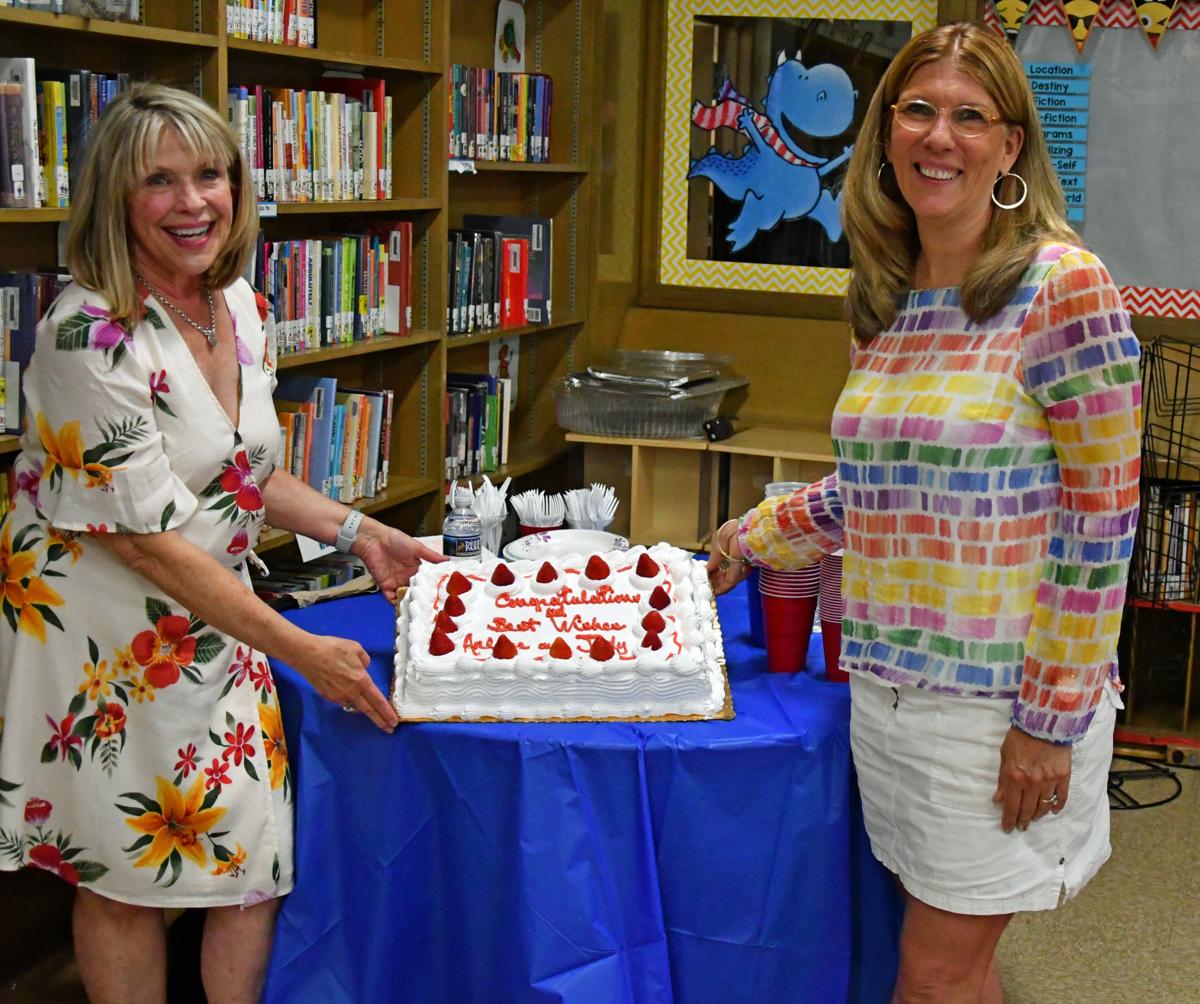 Bear Creek Elementary presented retiring teacher Arlene Endres and Judy Sibol with a farewell cake, which was promptly sliced up.

Bear Creek Elementary presented retiring teacher Arlene Endres and Judy Sibol with a farewell cake, which was promptly sliced up.

DUNDALK — The first time Judy Sibol interviewed for a teaching position with Baltimore County, she didn’t get the job.

But after spending two years teaching at Armistead Gardens in Baltimore City, the county came back to Sibol with an offer: teach kindergarten for a half-day each at Bear Creek Elementary and Mars Estates in Essex.

Arlene Endres also began her time at Bear Creek being shared with other schools: as a speech pathologist and special education teacher at Dundalk and Patapsco high schools.

Both ended their time at Bear Creek the same way, retiring after the just-ended school year.

“Both of them have served our community with consideration and compassion, giving of themselves to care for other people’s children,” Bear Creek principal Matt Corner said. “They are going to be missed.

“Arlene, as a speech pathologist, her impact has been immeasurable. Her skills met the students’ needs, and she worked together with others so well as a resource teacher.”

Sibol, as a skilled pre-kindergarten and kindergarten teacher, “laid the foundation for generations of kids in the Dundalk area,” Corner said. “Our community was so lucky to have her.”

Corner, just completing his first year as the Bear Creek principal, had earlier taught at Bear Creel with Sibol and Endres.

“It’s nice to have known them from both perspectives,” he said.

Bear Creek held a farewell luncheon for the two retiring teacher earlier this month. The highlight was a film showing various students saying goodbye to the two teachers.

Both were also presented gifts from their fellow faculty members.

Corner went through school records to present a “greatest hits” compilation of their time at Bear Creek.

For Sibol, he found a list of goals she had once written for a student: “follow directions, do not take things from the classroom, and keep hands to himself.”

In the mid-1990’s, Sibol organized a circus performance with her students; they all dressed up as animals and performed for their parents.

In the 1980’s, she obtained a grant from the National Gardening Association for her “Kinder-gardeners” and the garden they planted at the school.

Endres promoted technology at the school over the years, taking classes on an old MacIntosh computer in 1990 and helping improve the computer lab in 1994.

She made a comment in 1996 about having a heavy caseload, “which hasn’t changed,” Corner said.

Endres started a read-a-thon in 1997, raising money for Muscular Dystrophy.

She also apparently had a blue sofa in her office of some renown. Corner asked Endres if she was taking the blue sofa with her intl retirement, to which she replied “it’s going in my will.”

Sibol grew up in Kingsville, went to Perry Hall High and also attended Towson State University, from where she graduated in 1985 with a degree in early childhood education.

“There were children in my class now, I taught their parents. The memories that brings back are pretty neat.”

With her own children now grown and married, Sibol thought it was time to focus on being a grandparent.

“There’s been so many wonderful kids and families along the years, I can’t really pinpoint anything,” she said. “Being in one community for so long means a lot to me.”

Endres grew up in Michigan and attended Towson State University, where she earned a bachelor’s degree in psychology in 1980 and earnwed a Master’s Degree in 1989.

She stayed in Maryland because “it just became my home,” she said. “I’ve been here for 45 years; got married here, had children here.”

While splitting time between three schools as a speech pathologist, Endres eventually dropped Dundalk High because of the workload and eventually worked at Bear Creek full-time.

“The people here are wonderful and I love the kids,” she said. “Honestly, I never had a boring day here, ever. There was always something to do, problems to solve, kids to help.”