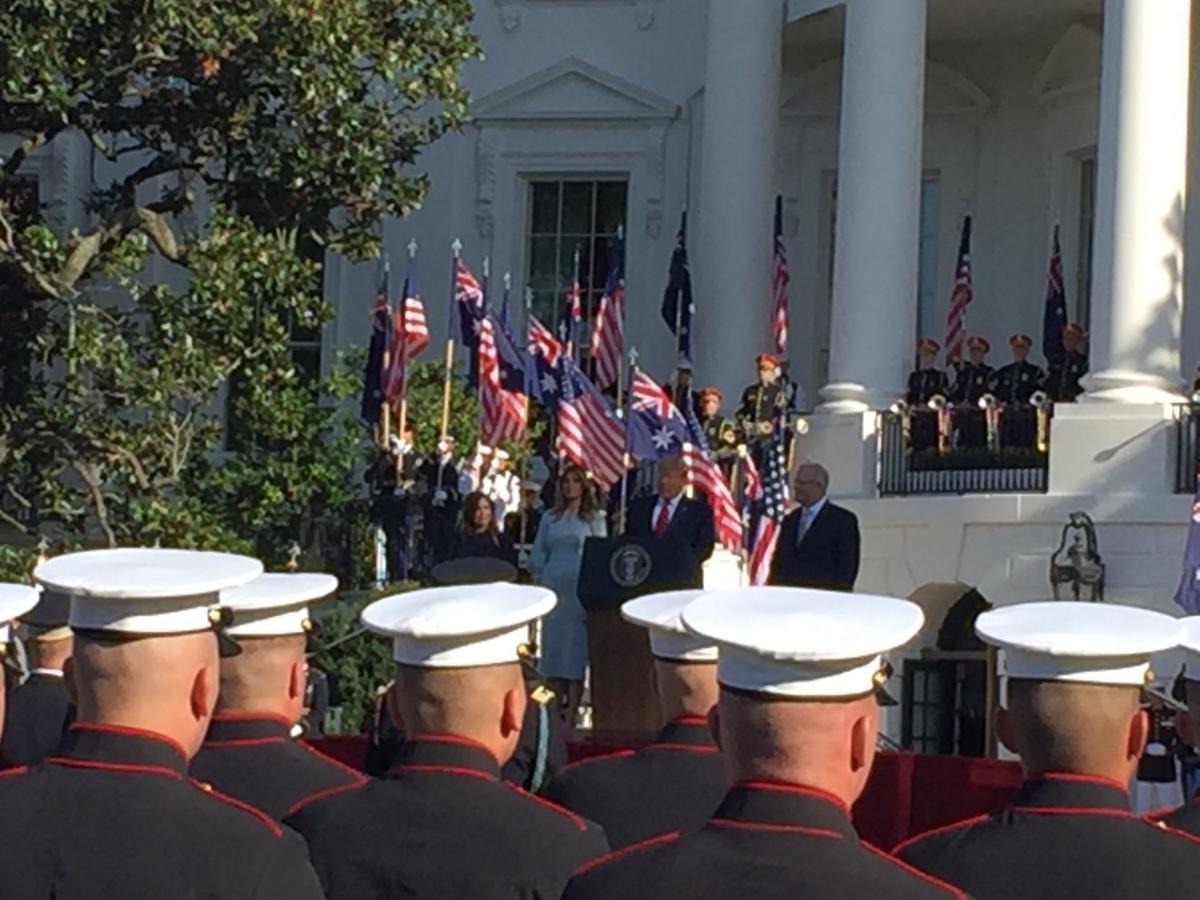 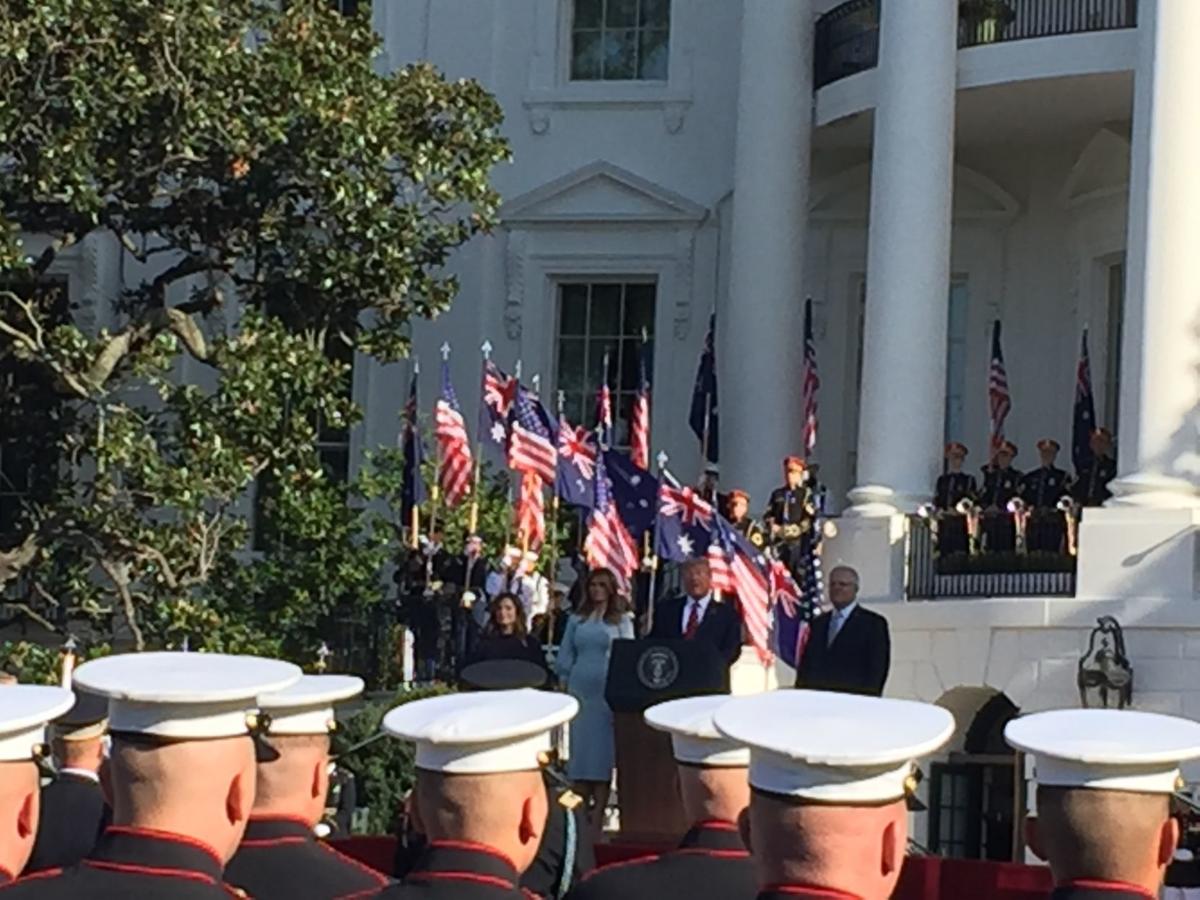 The United States Army Trumpets sounded the beginning of the ceremony, and as President Trump entered the scene the United States Marine Band played “Hail to the Chief.”

After the greeting, the band played the Australian National Anthem and the National Anthem. Then the command was given for Eyes Right for Pass and Review of the American Troops in formation by the President and Prime Minister.

It was followed by The United States Army Old Guard Fife and Drum Corps wearing Continental Army Uniforms led a procession in front of the podium.

Prime Minister Morrison, the 30th Prime Minister of Australia, has been the Leader of the Liberal Coalition Party since 2018 and describes himself as a Pragmatic Conservative. The fifty-one year old Morrison was first elected to the Australian Parliament in 2007 at the age of thirty-nine.

The President spoke of the importance of the alliance and partnership between Australia and the United States where Australians and Americans fought boldly side by side in the trenches during World War I and later fought the Nazis across Europe during World War II.

In his remarks, the President mentioned the POW-MIA Flag flying over the White House in honor of POW-MIA Day which is the third Friday in September.

He went on to say that on December 7, 1941, the American Embassy opened in Australia on the same day as the Attack on Pearl Harbor.

After the attacks on September 11th, one of the first calls to the White House came from Australia who pledge its support to the United States in the Global War on Terrorism by sending Aussie Troops overseas.

In his remarks, the Prime Minister spoke of the friendship and resiliency between the two countries and how much both countries have in common with the principles of free markets and free and fair trade. He called President Trump a friend and referred to him as a “mate” to laughter from the audience and looked forward to a continued bond between both counties.

“It was a great opportunity to attend the White House Ceremony and to be there to welcome the Prime Minister and his wife to the United States and to learn how much the two countries have in common. What a memorable event of a lifetime it was for me with all of the Pomp and Circumstance. Not only am I proud to be an American but humbled to be one of the many who were invited to the White House”, said Delegate Metzgar.

After the Ceremony, Senator Salling was interviewed by Kazakh media about his thoughts of the State Visit.

“It was a great opportunity to go to the White House to welcome the Prime Minister of Australian and his wife and how much they have in common with the United States the importance of them to continue to work together,” he said.

Later that evening, President and Mrs. Trump hosted a State Dinner for the Prime Minister and Mrs. Morrison at the White House.