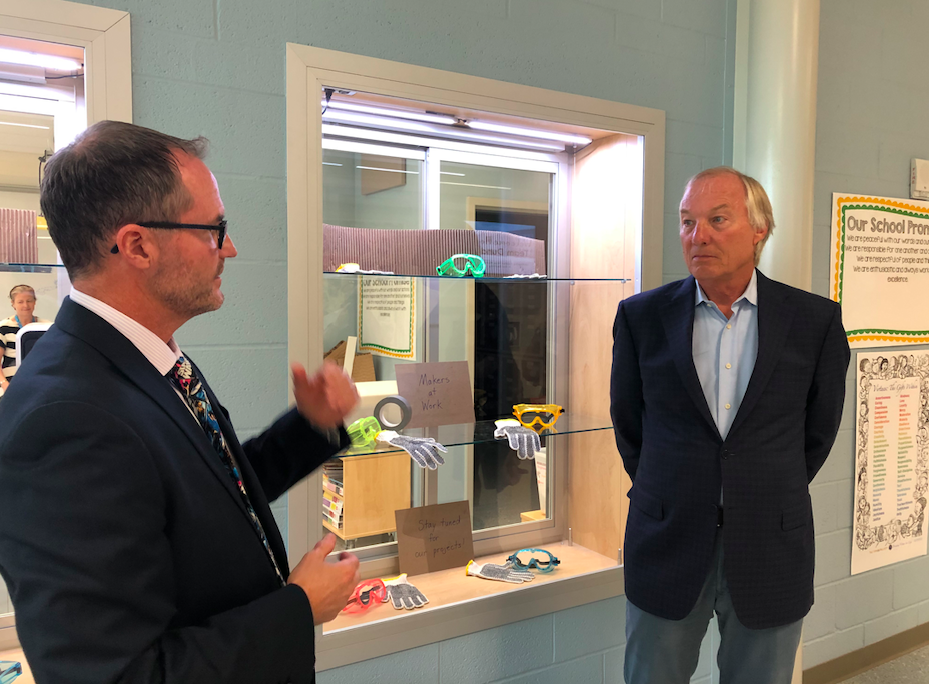 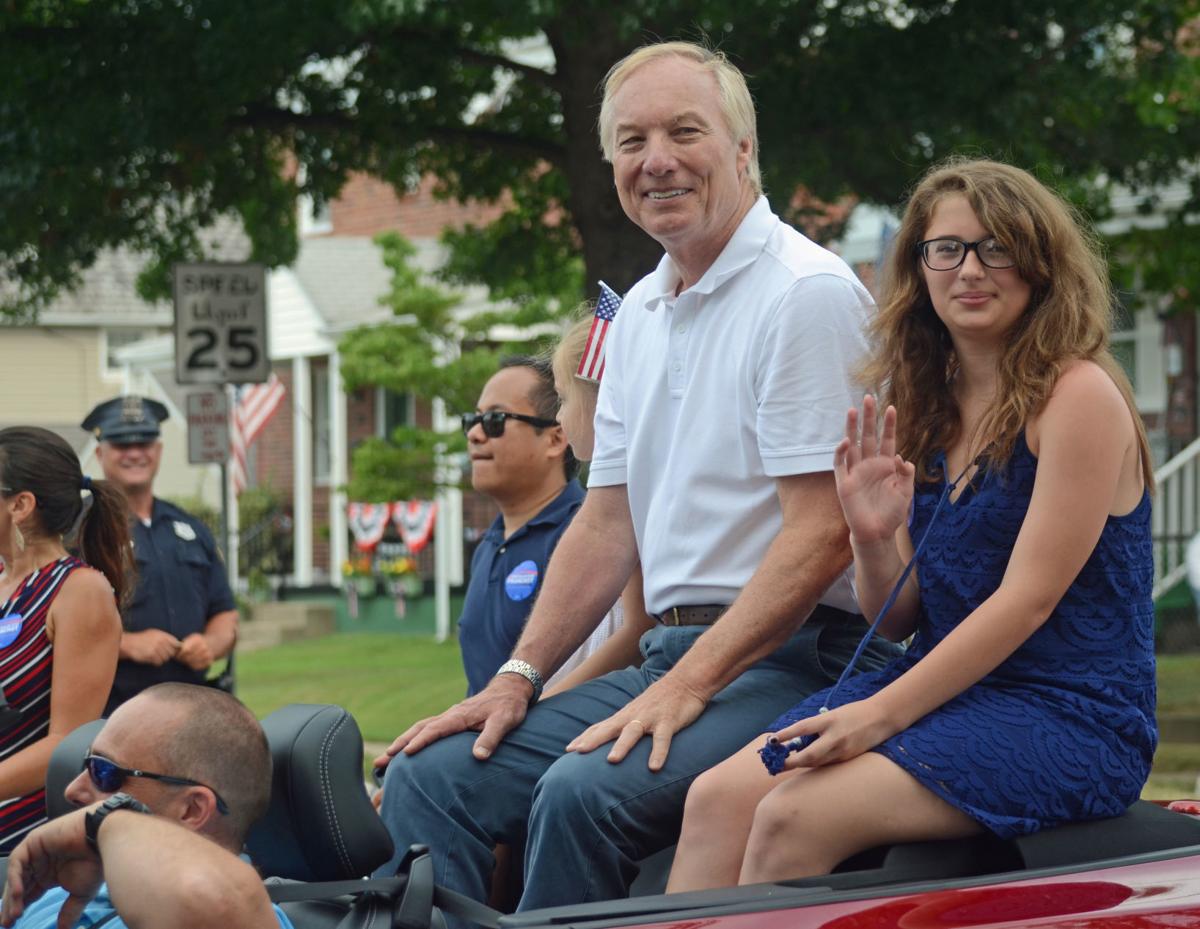 More than two weeks ago, Maryland Comptroller Peter Franchot announced that he will run for governor in 2022.

He made the announcement on Jan. 6 in front of a crowd at Denizens Brewing Company in Silver Spring, Maryland. His candidacy will not become official, however, until Feb. 21, 2021, the earliest one can file candidacy for the 2022 gubernatorial election.

The 2022 Maryland gubernatorial election will be up for grabs, so to speak. Gov. Larry Hogan cannot run for a third term, as he is term-limited. Maryland law prohibits anyone from serving more than two terms as the state’s chief executive.

“At the end of this term, I will have been the comptroller for 16 years. That’s been a great privilege and honor,” Franchot told The Dundalk Eagle. “I’ve taken a relatively sleepy bureaucracy and I’ve done just about everything I could do to modernize it and make it the best tax revenue agency in the country.”

“Every once in a blue moon, things line up for me personally in my own life. Everything is focused, in a very exciting way, the possibility of me being governor after Gov. Hogan is term-limited.”

Voters in Dundalk will keep an eye on the gubernatorial race in 2022. One issue that will be at the forefront for Dundalkians is the rise of crime in Baltimore County. Data from Baltimore County’s official government website shows that total crime increased by 4.5 percent during the first half of 2019. Violent crime increased over that span. Baltimore County sites its data from the FBI’s Uniform Crime Reporting System.

“Obviously, the governor, the county executives an the legislature are very in tune to this issue of crime,” Franchot said. “A lack of public safety in some areas of the state, or the oppression from a lack of public safety, clearly damages the economy, as far as I’m concerned as the chief fiscal officer.”

“We’ll roll out plans for rational, common sense efforts to deal with the crime issue in the areas where it’s a major problem. Right now, you’re going to have to wait until the campaign gets further along before you we get into specifics.”

Franchot said polls show that the increase in crime in certain parts of the state. It’s also a real issue from the data he and other people in government look at, he said.

Another issue that could spark interest in Dundalkians in 2022 is the controversy that continues to surround the North Point Government Center park and recreation facility. Franchot has been vocal about the issue in the past, and has traveled to Dundalk to meet with citizens about it.

“I would demand that the citizens of the area be listened to,” Franchot said. “There’s no doubt in my mind that the state benefits from having transparency and accountability and communication. I supported County Executive [Johnny Olszewski, Jr.] in the last election. I think he can repair some of the frustration that was felt by the residents of the area around the government center, that they were not being listened to.”

Franchot said that as governor, he will stand for “outsiders” who believe the “powers that be” are not listening to them.

The North Point Government Center has been a source of conflict between Dundalkians, Baltimore County and the state for several years. Olszewski wrote in a letter last year to Dundalk residents, saying that the building is severely dilapidated and in a perpetual state of disrepair.

““As it stands, it would be irresponsible to sink significant public dollars into this property,” Olszewski wrote in his letter. “It would take tens of millions of dollars to renovate or replace the building, money that is neither currently budgeted nor available.”

“I’ll be very interested in empowering the voices of people that feel like nobody’s listening to them,” Franchot said.

Franchot said that as governor, he would continue to make visits to Dundalk, and he would spend part of each time communicating with citizens.

Franchot said that, if elected, his first six months as governor will consist of picking up trash around the state and making sure that every pothole is filled. He will make sure every school in the state has central heating and air, he said.

A self-described independent Democrat, Franchot has developed a reputation of going against establishment politics. At times, he has gone against his own party.

“I put the state of Maryland and the citizens of the state of Maryland in front of the priority for my party,” Franchot said. “For example, my party feels strongly in a partisan way that they would like to defeat Gov. Hogan and not have him as governor because he’s a Republican. They often come to me as someone who interacts with him on the Board of Public Works and ask me to be much more critical and harsher of Gov. Hogan.”

Franchot said that kind of partisanship and rhetorical criticism is an “unfortunate” development in national and state politics. That doesn’t mean the two gentlemen agree on everything, he said, adding that they disagree more times than they agree, but the barometer should be how people treat each other and conduct themselves.

“It’s a well-earned reputation,” Franchot said. “I’m willing to push back against anyone who is trying to, in my view, abuse the authority of their office. That could be a Republican, a Democrat or an unenrolled Independent, as far as I’m concerned.”

Franchot began fundraising for his gubernatorial campaign before announcing that he would run. Currently, he has more than $1.5 million in on-hand campaign funds, according to a Maryland Matters report dated Jan. 16 (“An early peek at campaign finance reports”). He raised $724,218 between Jan. 10, 2019 and Jan. 8, 2020, according to that report.

The filing period for the 2022 gubernatorial race begins on Feb. 22, 2021. All persons interested in running for Maryland governor will have until July 1, 2022 to file for candidacy.