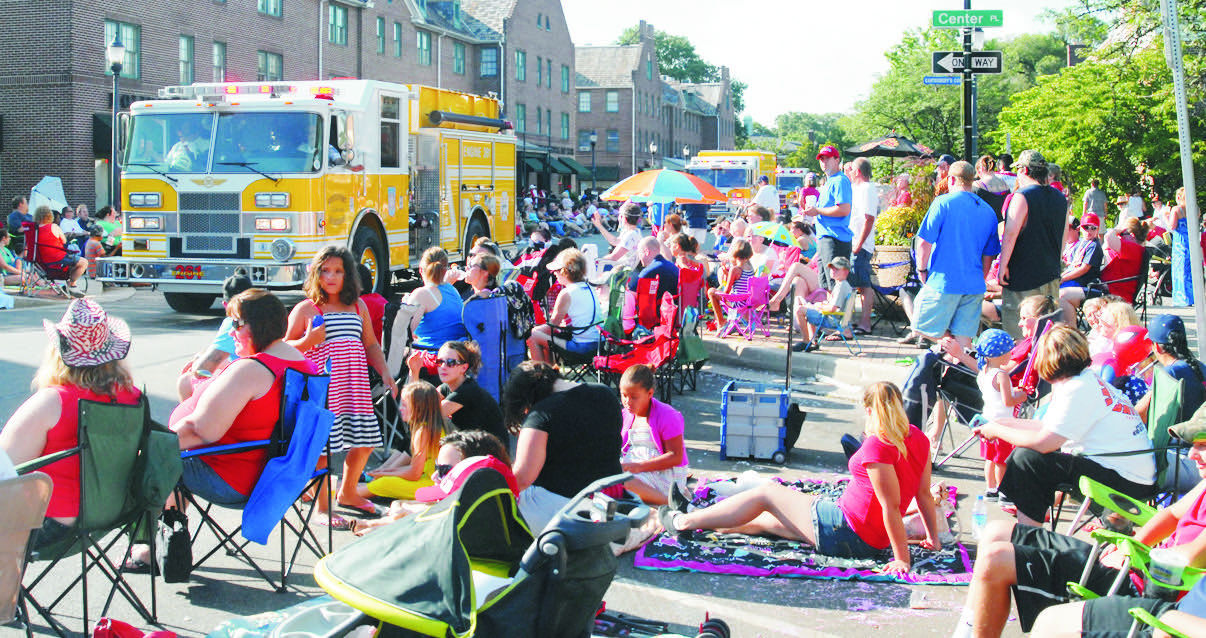 A longtime tradition return! This summer, thousands will line the streets to take in the sights and sounds of the Dundalk Independence Day parade. 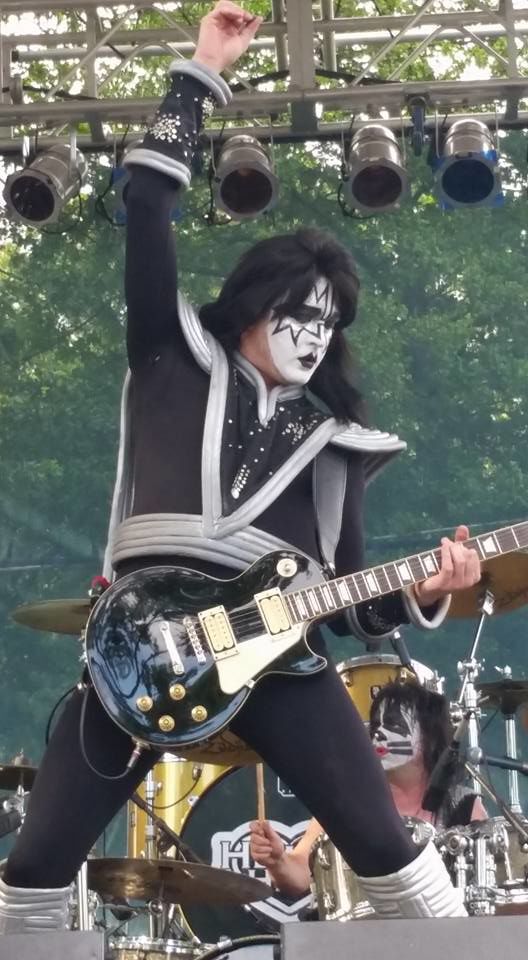 Cold Gin rocking the house at the 2016 Dundalk Heritage Fair

Prior to the first Dundalk Independence Day Parade in 1935, 4th of July festivities were held in the Bethlehem Steel-owned company town of Sparrows Point. This float, from the 1918 parade, honors Revolutionary War folk hero Molly Pitcher.

A longtime tradition return! This summer, thousands will line the streets to take in the sights and sounds of the Dundalk Independence Day parade.

Cold Gin rocking the house at the 2016 Dundalk Heritage Fair

Prior to the first Dundalk Independence Day Parade in 1935, 4th of July festivities were held in the Bethlehem Steel-owned company town of Sparrows Point. This float, from the 1918 parade, honors Revolutionary War folk hero Molly Pitcher.

When summer arrives, two Dundalk favorites will make a triumphant and long-anticipated return – the Dundalk Heritage Fair and the Dundalk Independence Day Parade.

The COVID-19 pandemic forced many of Dundalk’s favorite traditions to take a year off, or carry on in a modified setting. The Dundalk Heritage Fair and the July 4 Parade were two of these. The fair went virtual, behind a coordinated effort between the Eagle, the Dundalk Heritage Association, elected officials, community leaders and Tradepoint Atlantic (TPA). The parade was much smaller, and didn’t feature a grand marshall or the extended caravan seen in years past.

With the Fourth of July falling on a Sunday this year, the fair and the parade will have altered schedules. The parade will be held on July 3, so that Dundalkians don’t see their religious worship schedules disturbed. The Dundalk Heritage Fair will present its annual fireworks show on July 5.

The Parade returns in its entirety

Dundalk Independence Day Parade committee president Will Feuer told the Eagle this week that Baltimore County Department of Rec and Parks will begin accepting applications for permits next month. The committee accepts to receive the “go ahead” from the county sometime after that.

“The way things are happening, we are planning to do a traditional parade and our traditional route,” Feuer said. “We plan on inviting the same people and the same groups. Our only issue is we may have some problems with some bands.”

Feuer said that bands invited from around Baltimore County may have not had many opportunities to practice since last March. If they aren’t ready, the committee doesn’t expect them to accept invites this time around, he added. The same will go for guests of honor. Many dignified officials have been a part of the Dundalk Independence Day Parade. Gov. Larry Hogan is just one example.

As for crowd size, Feuer said the parade will not have to abide by the same regulations as the Dundalk Heritage Fair. A fair or festival puts people in a confined space. At a parade, it’s much easier to encourage social distancing since people are more spread out, Feuer said. Parade watchers will also likely sit on their private property to watch the parade. The parade is currently still in the planning stage.

“We typically have some grand marshalls, which are important people in the community,” Feuer said. “We haven’t identified those people yet, but we certainly do intend to identify those people.

“We are traditionally going to have our normal guests. We will invite those elected officials. As long as some drastic events don’t happen and some kind of restrictions are tighter than now. As restrictions are today, we can do it.”

The Dundalk Independence Day Parade was put together by a partnership of the Dundalk Independence Day Parade Committee and The Dundalk Optimist Club. The Heritage Association has been a fiscal sponsor of the event, helping to pay for the out of town marching bands. With all the complications of covid and the leadership changes at the Heritage Association the Parade Committee will run all Parade donations through their own registered charity and raise the funds necessary for holding the Parade.

All Parade donations and sponsorships must be sent directly to the Dundalk Parade Committee, P.O. Box 35442, Dundalk, Maryland, 21222.

Dundalk Heritage Association vice president Mark Krysiak told the Eagle that this year’s Dundalk Heritage Fair will be the first one to take place without longtime community leader Joe Falbo since at least the early 1980s. Krysiak said he has been working with the heritage fair in some capacity for 33 years, and Falbo began before him.

This year, the Dundalk Heritage Fair will be dedicated to Falbo’s memory, and to the memory of fair volunteers who succumbed to COVID since March 2020.

“We do plan to say some special things during the fair,” Krysiak said. “This will be the first heritage fair without Joe Falbo.

“In an odd way the fair, to the fairgoer, might be the same. The fair to the volunteer is probably a very different world.”

Krysiak said the Dundalk Heritage Association began meeting last October to discuss preparations for this year’s fair. Back then, they did not have confirmation that the fair would be able to happen in its intended capacity. The association met on March 24, making the decision to go forward this year.

“We’ve been in the mode of we want to do this and we’re trying to do, and we’re looking for advice as we go along,” Krysiak said. “We’re at the point now where we have to make a decision.

“The consensus has been that we want to have a fair, but the underlying there is that it has to be safe. We’re relying heavily on state and local government officials to give us those clues as to what is safe and what is not. Overwhelmingly, the board wants to hold a fair.”

Unlike the parade, the fair will be held in one location, at Heritage Park in downtown Dundalk. As of now, the state is allowing 50 percent capacity at outdoor venues, putting the Dundalk Heritage Association in the realm of where it needs to be, Krysiak said, being that crowd levels normally do not exceed 50 percent capacity at Heritage Park. Crowd levels do not appear to be a concern despite the regulation.

Last year, Fourth of July Weekend fell on a perfect weekend, with July 4 scheduled for Saturday. This year, the festivities are still planned around the summer holiday, but the schedule will be a bit modified. Krysiak said it’s always good when festivities can be scheduled as close to the holiday as possible, but it also presents challenges.

“Part of the problem is that it’s much harder to get volunteers,” Krysiak said. “People want to do their own Fourth of July thing.

Dundalkians and people in surrounding areas can make their Fourth of July plans and still attend the annual fireworks show, if they so choose. The show will take place on July 5 this year.

As for entertainment, Krysiak said the plan still is to have three headline acts, one for each night. In addition, the board also plans to have several bands playing throughout each day on different stages during the three-day event. Which bands they can attract, however, is at the mercy of fundraising.

Krysiak said that the money earned from ticket sales covers only a portion of the money needed to make the Dundalk Heritage Fair happen. The rest of the money needed comes from sponsorships and donations. The former of these is expected to be more difficult than normal, he added, due to the economic fallout from COVID-19 that impacted small businesses.

“One thing that’s important to note that I think people really don’t understand is that it takes about $250,000 a year to put this on,” Krysiak said. “Of that, usually around $100,000-$120,000 is from admissions. The other $150,000 is from sponsorships, like Weis (Market) and Tradepoint Atlantic … and individuals donate money. The beer is sold by the fair to help pay for it.

“I think it’s important for people to know that because people might think that $100 here or $100 there can help pay for it. It’s a quarter-million-dollar event. One thing we should keep in mind is that up until 2019 and the normal world, we could go to local businesses. They would give us money and help us get the whole thing started, and really help us pay to put entertainment on the stages and all that.”

This is now a COVID world, Krysiak said, meaning the Dundalk Heritage Association does not know how many of those local businesses are in a position to help, making fundraising tougher in 2021.

More information about both the 2021 Dundalk Heritage Fair and the 2021 Dundalk Independence Day Parade will be released in the coming weeks. The Eagle will provide updates when they become available.