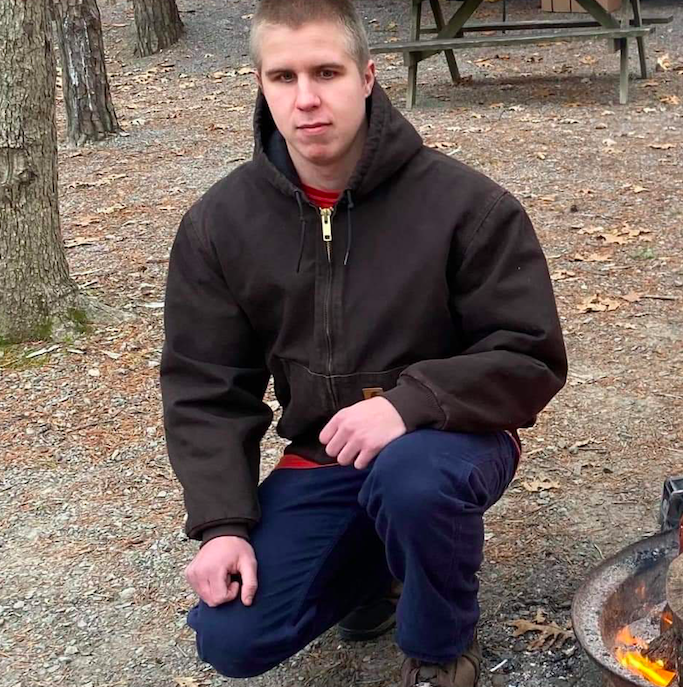 Cody Mulligan, a 21-year-old Sparrows Point grab, died from wounds suffered in a knife attack allegedly by a neighbor. 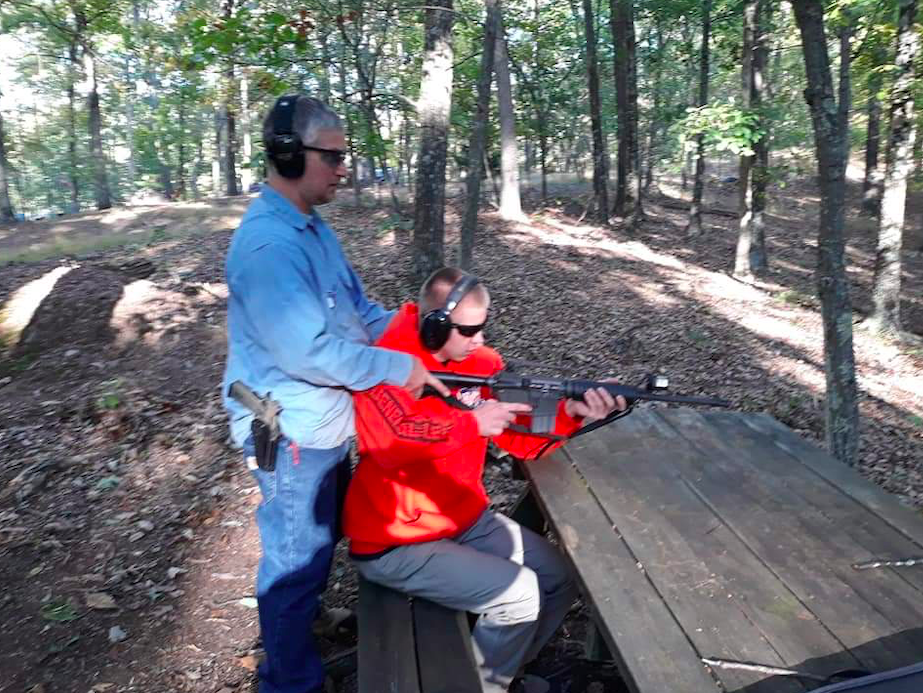 Cody Mulligan did not let being blind keep him from participating in target shooting, wrestling and belonging to the Civil Air Patrol. 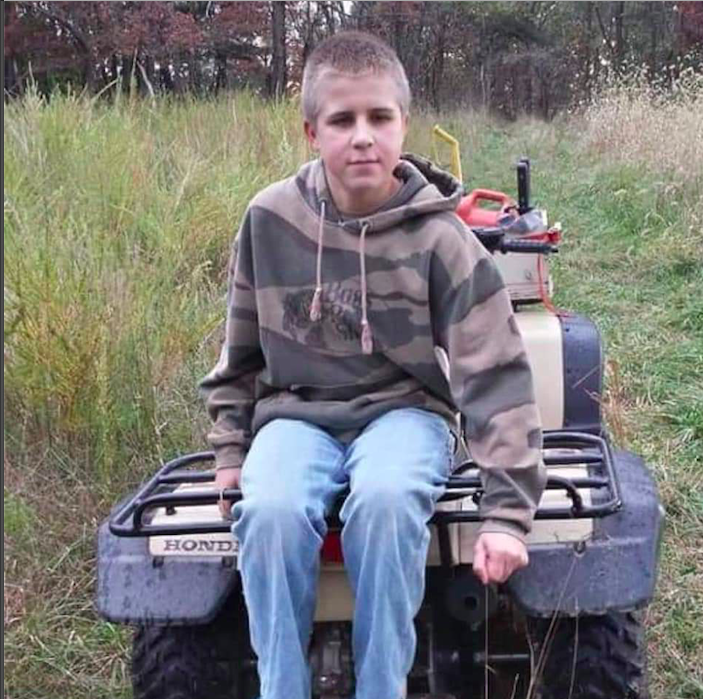 Cody Mulligan, despite being blind, played sports with friends and helped out his stepfather Jay, an electrician. 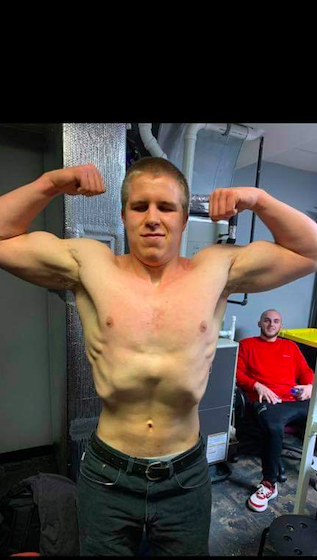 Cody Mulligan, a 21-year-old Sparrows Point grab, died from wounds suffered in a knife attack allegedly by a neighbor.

Cody Mulligan did not let being blind keep him from participating in target shooting, wrestling and belonging to the Civil Air Patrol.

Cody Mulligan, despite being blind, played sports with friends and helped out his stepfather Jay, an electrician.

Cody Mulligan, a Rosedale resident and Sparrows Point High graduate, died on Friday as a result of injuries he suffered during a knife attack on Jan. 2. He was 21.

Mulligan, who was blind, made news while a student at Sparrows Point for wrestling on the Pointer junior varsity team and for participating in target shooting.

“Cody was such an inspiration to the team during his time here,” Sparrows Point wrestling coach Mike Whisner said. “He was positive and did not let anything stand in his way. He always acted like he was one of the guys and nothing was different about him.”

“I can still see him and Mitch Hammond running the halls during practice. He will be missed.”

Cody was attacked by a neighbor after leaving his home in the 1000 block of Sumter Avenue shortly after 4 p.m. on Jan. 2.

According to a police report, Baltimore County officers responded to the call of a “stabbing.” When they arrived, they found a crowd of people pointed at the suspect, identified as James Marchsteiner, 47, also of the 1000 block of Sumter Avenue.

Marchsteiner reportedly told the officers he was responsible for the stabbing.

Emergency personnel took Cody to Johns Hopkins Bayview Medical Center. According to the police report, Cody went into full arrest during the drive but was revived by a paramedic.

Cody had just earned his personal trainer license, according to his neighbor and former wrestling coach Ron Wagener.

“Cody excelled at everything he did,” said Wagener, who coached Mulligan at Golden Ring wrestling. “He was a pretty easy kid to teach. It was amazing how fast a person who is blind can learn wrestling.

Wagener said he would use Cody as the wrestler he demonstrated moves on.

“You showed him a move one time, he knew it,” Wagener said. “He picked everything up so fast.”

In addition to wrestling, target shooting and becoming a personal trainer, Cody was also a member of the Civil Air Patrol and helped his stepfather, Jay, with his electrician business.

“This young man had an endless list of accomplishments,” Wagener said. “You practically had to remind Cody he had a disability. I’d watch him take out the garbage, ride his bike in the street, play football with my son and his friends ... see him do everything a sighted person could do.”

(Cody had the road memorized while riding his bike, and could tell the texture of the road to use it as a landmark.)

When Ron thanked his son, Ryan, for letting Cody play football with him, Ryan told him Cody played quarterback.

“He said they just called Cody’s name, and he’d throw them the ball,” Ron said.

Cody’s sense of touch was so keen he could help his stepfather run wiring, and his sense of smell so sharp he could identify his sister (from her perfume) when she entered the house.

“It was just impressive to watch this boy grow and overcome so much,” Wagener said.

On the day Cody was attacked, his cousin told police he had arrived at the address to pick up Cody and saw the suspect walking his dog along Sumter Avenue.

The cousin told police Marchsteiner began yelling at him, then ran towards he and Cody while reportedly brandishing the knife in a threatening manner.

The suspect then began to reportedly stab Cody multiple times.

Another witness, a neighbor, told police she heard yelling and a dog barking, and when she looked out her window she saw the suspect grabbing Cody and appeared to be punching him.

She realized later Mulligan had been stabbed.

According to the police report, the knife allegedly used in the attack was retrieved from the suspect’s mother.

Marchsteiner’s mother told police he had been diagnosed with schizophrenia and he had been in the house talking about God and his “Senders” before telling her he was going outside to walk his dog.

She told police she then heard screaming and saw Cody’s relatives attempting to pull her son away from him.

After arriving at the scene, she asked her son to give her the knife he was holding, and he complied.

Video surveillance footage retrieved from a camera at the scene shows Marchsteiner walking with a dog near Cody’s address; Cody leaving his home; his cousin exiting his vehicle and yelling for Cody to go back in the house; Marchsteiner running towards Cody and immediately stabbing him in the center chest area; Cody trying to get away; and Marchsteiner stabbing him three more times before family members arrived and Marchsteiner retreated.

Mulligan suffered a total of five stab wounds, including one to the heart and lungs.