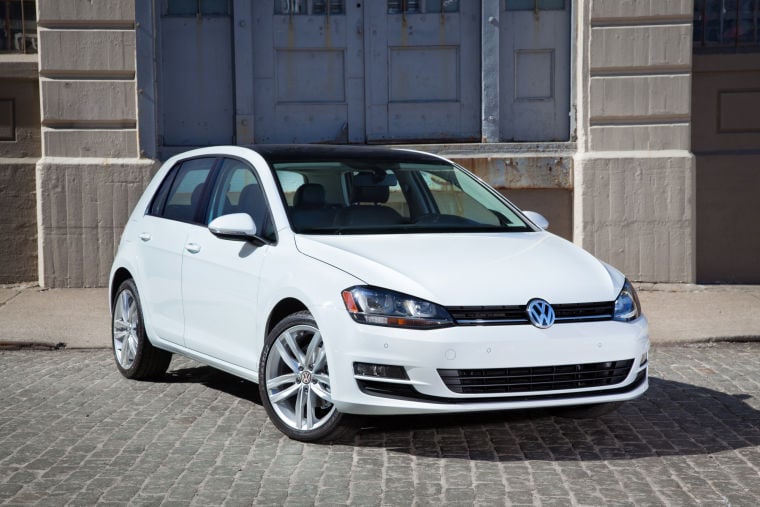 File photo of a 2015 Volkswagen Golf. 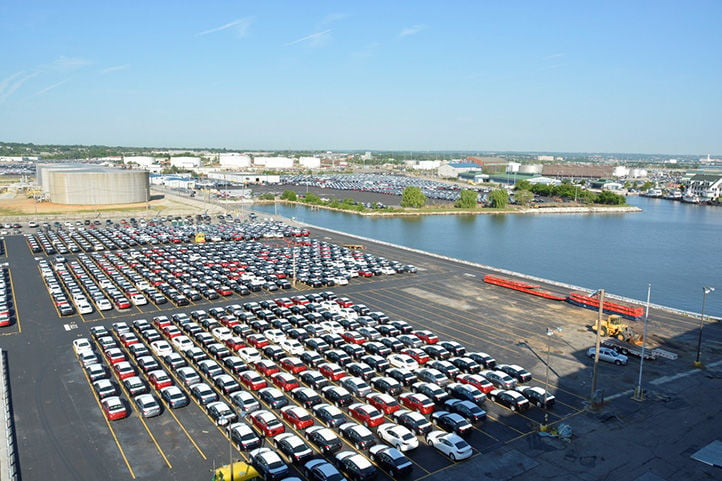 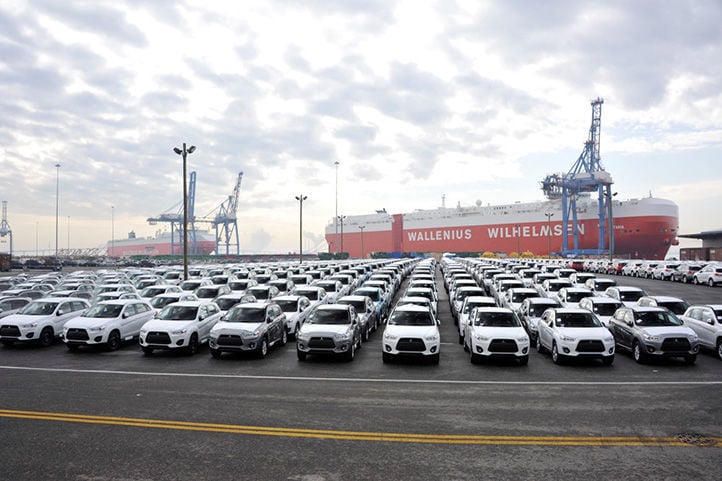 File photo of a 2015 Volkswagen Golf.

SPARROWS POINT — Approximately 120,000 luxury vehicles will be coming into the Port of Baltimore as early as next year, bringing 100 full-time jobs with them, thanks to a recent deal inked between Volkswagen and Tradepoint.

State and local officials praised the joint announcement from Volkswagen Group of America, Inc. (VWGoA) and Tradepoint Atlantic last week for groundbreaking plans to begin construction of a 115-acre mid-Atlantic facility at the former site of industrial behemoth Bethlehem Steel.

“Our administration is thrilled to welcome Volkswagen to Maryland, and add 100 new jobs to our state,” said Governor Larry Hogan.

The news comes on the heels of a slew of development deals from Tradepoint Atlantic, including expansive warehouses for home improvement retail giant Home Depot and Floor and Decor.

The auto industry and import news is yet another sign that the Port Of Baltimore continues to expand its leading capacity for automobiles as VWGoA will begin to import and distribute factory-new Volkswagen, Audi, Bentley and Lamborghini vehicles through the Tradepoint Atlantic terminal.

“Under the terms of the agreement, Tradepoint Atlantic will develop and lease a world-class vehicle import and processing facility for Volkswagen Group of America, Inc.,” a statement said.

Officials also released news that VWGoA will make a significant investment in a new port facility, and that Tradepoint Atlantic will immediately begin building on its site to serve the importation and processing of vehicles by VWGoA.

Upon expected completion in early 2020, the facility will encompass more than 115 acres and 166,000 square feet of processing facilities and will be responsible for the import of approximately 120,000 VWGoA vehicles per year from European and Mexican production facilities, with increased volumes expected over time.

Port operations for the new VWGoA facility will result in approximately 100 new full-time jobs to the site at Tradepoint Atlantic, and will support and increase jobs in related fields through higher trucking volume, rail volume, vessel unloading volume, vessel pilots and more.

“This facility will process and ship vehicles for VW, Audi, Bentley and Lamborghini and will help us improve service and advance growth plans in this key market.”

Governor Hogan praised the job creation from the deal, as well as the port itself.

“The Port of Baltimore has earned its reputation as a vital gateway to markets in the U.S. and around the globe, and this longterm commitment from another major automaker is further proof that Maryland is open for business,” he said last week. “This is tremendous news for our state, Baltimore County, and the Port of Baltimore.”

“Tradepoint Atlantic continues to impress by attracting great tenants who will be offering jobs and opportunity to Baltimore County,” said Baltimore County Executive Johnny Olszewski, Jr. “I’m excited by the economic growth we have created and I am looking forward to continued growth with the addition of Volkswagen.”

“Volkswagen is one of the largest automakers in the world, and this ensures they will have a strong local presence,” he said. “Under the leadership of Governor Hogan we have had the best year in the Port’s 313 year history. We look forward to continually working with Tradepoint on other business opportunities that will generate more jobs and economic impacts for the Port of Baltimore.”

Eric Gilbert, Chief Development Officer at Tradepoint Atlantic said that the logistics giant was “honored” to work with VWGoA to support their largest import terminal in the country.

“They will now be able to leverage the multitude of logistical advantages our site can offer in the roll-on/roll-off space as it joins an inland port that is already the busiest automobile port in the country. We couldn’t be more excited to add the premier brands of Volkswagen to our growing story of sustainability and logistics.”

Owned by the Maryland Port Administration, the Port generates almost $3 billion in wages and salaries each year.