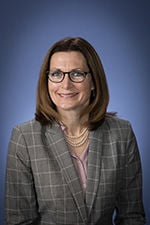 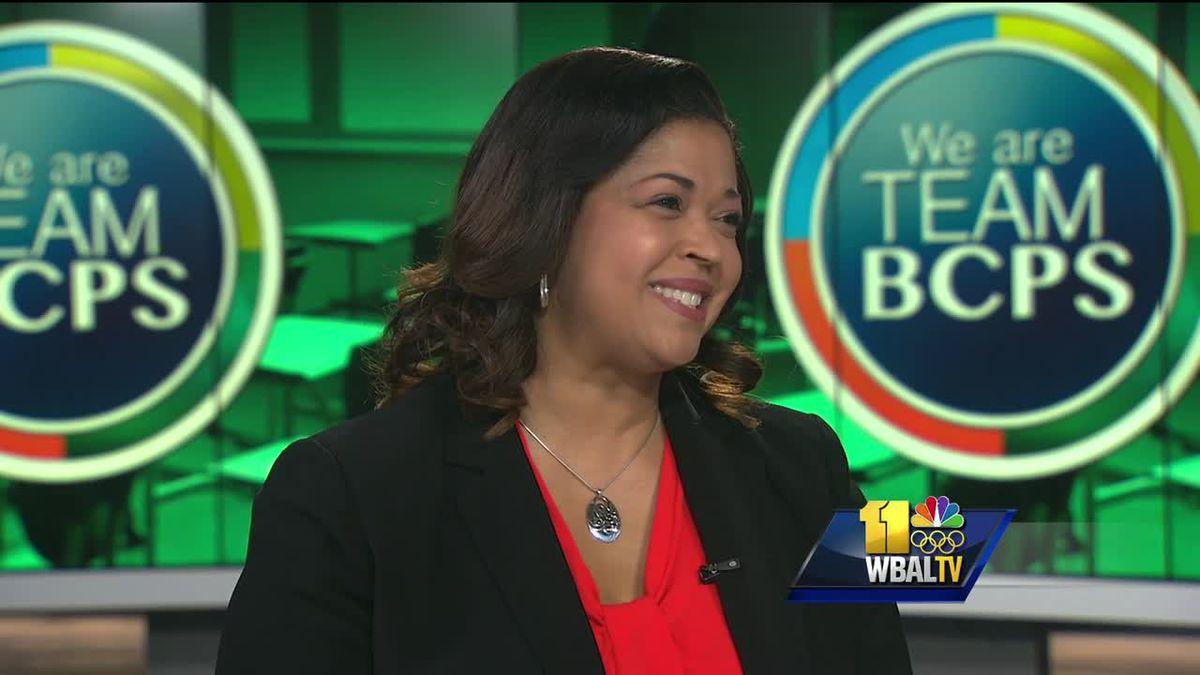 TOWSON — After much discussion, debate and proposed amendments, the Board of Education for the Baltimore County Public Schools (BCPS) approved its proposed $2.3 billion operating budget on February 19 after an exhaustive five and a half hour meeting.

Strong words were exchanged towards the end of the meeting between Interim Superintendent Verletta White and Board Chair Kathleen Causey, but the discussions ended on a positive note after the budget passage.

Despite an $81 million deficit, the approved budget included cost of living allowances and increased salaries for educators and benefits for other employees. Baltimore County Executive Johnny Olszewski spoke at a previous meeting to outline fiscal concerns and a bleak reality for the county’s finances.

In past weeks, Interim Superintendent Verletta White, education advocacy groups and others have been vocal about concerns that the operating budget include money for technology, instruction and cost of living adjustments for educators. Passionate public comment at board meeting and other community mobilization efforts were in full effect.

After the budget passed on Feb. 19, many sang the praises of the Board of Education and Team BCPS.

“What we were asking for was the superintendent’s full budget be accepted,” Abby Beytin, President of the Teachers Association of Baltimore County told media after the vote.

“They came close to doing that — the pay raises, the steps are there, including the 15 minute longer day and money for that is included as well. The devices I believe are basically the same, with the changes to the Chromebooks. Kindergarten was the one place where they changed it to one to five devices.”

Beytin said that increases in personnel “meant so much” for those who had advocated in previous weeks.

“What was in this budget that meant so much for us was lots of positions that we felt needed to be there, like more school psychologists and counselors and more ESPs — people that we need to help us do our jobs properly. Many of those positions were in there, and as far as I know they were not cut, and that’s very important to us.”

In a widely read op-ed earlier this month, Olszewski acquiesced to community outrage and said he believed there was a method to find savings in the budget without cutting teacher pay raises.

In the meeting, White gave opening remarks. She said she is “sensitive” to the funding issues and the county’s “shortfalls,” but emphasized that BCPS is in good financial standing. She also reminded meeting attendees that BCPS is not a department in the Baltimore County government.

“BCPS has been in the black for years,” said White.

White said she identified $9 million in savings for the immediate school year and $15 million more over future years. Later in the meeting, fund balances and retirement turnover were revealed to add a potential of $20 million more in savings.

White invoked a mission statement adopted by BCPS in 1985, and said that for years the school district’s beliefs have aligned with its actions. She celebrated the precepts outlined in the past, and the diverse population of the schools.

“Some might say that I am a little old-fashioned about some things, but in my mind, somethings are worth maintaining over time,” she said. “I think the values of yesterday should be pulled through to today.”

She praised the school district for its transportation innovations and social-emotional learning capabilities on its various campuses, including social workers, in-school counseling and other initiatives that she said “enhance, and do not detract” from the school day and learning process.

White advocated for including additional personnel so that the school system could continue to maintain “the tools and human resources to monitor, coach and supervise, so we can continue in our pursuit of excellence maintain our precepts believes and values from yesterday to today.”

After these opening remarks, board member Lily Rowe spoke first to propose an amendment that recognized the importance of cost-of-living increases for teachers and current staff at all school houses in Baltimore County, and that asks the County Council to prioritize funding the school district’s budget.

One impassioned exchange that interested Teachers Association members and the public included a discussion on the addition of eight school district social workers, eight people personnel workers, three school psychologists and five school counselors. Board members contended that this increase does not get the School system “where it needs to be,” but said it is “a step in the right direction” to addressing social-emotional needs of vulnerable students.

White brought in an education specialist to explain to the Board that attendance committees and not caseworkers were typically the first line of defense with vulnerable and chronically absent students. Although she defended BCPS’s lack of support personnel, she ultimately advocated for adding the controversial positions.

One board member said she visited a high school in the district where 50 percent of the students miss more than 20 days of classes per year. She specifically asked the principal if more workers would decrease that number. The principal agreed, saying that only one worker for her 900 students couldn’t possibly make a dent.

The motion to add these districtwide workers carried.

About halfway through the exhaustive meeting, board members sparred over foreign language immersion program funding when some of the system’s 174 schools are failing to meet English reading standards, particularly in the lower grades.

White stepped in to advocate in favor of a robust foreign language and culture program, saying education advocates should “be careful” about disparaging other cultures.

“Language is literacy,” she said. “And literacy is language.”

Four and a half hours into the meeting, White also has strong words about proposed cuts that passed with little board discussion. White said these could negatively impact special needs students, and that the blame would fall on her.

“This feels a little like deja vu to me,” she said. “Keep in mind that when there’s a mandate of this sort, for instance, when there’s a mandate for a ‘Plan B,’ it becomes the superintendent’s problem. Like, ‘Oh, I can’t believe that you cut teacher’s salaries, compensation, COLAs’ — yet there was no other choice because no one asked the question.”

She said that cutting curriculum and instruction funding by the proposed $7.8 million could have an impact on special education.

“I do have a problem with that,” White said. “We are an instructional institution, and yet we are making cuts to instruction. Somehow that seems untoward to me.”

The superintendent received applause for these remarks.

“We have had substantial discussion and there will be more work on this budget in the coming weeks and coming months,” said Causey. “What we need to do is understand and appreciate that while we may have different opinions, we are all trying to do what’s best for children. We need to move forward with that premise.”

Four and a half hours in, a motion to fund a literacy pilot program of $75,000 in partnership with the Maryland SPCA contingent on program review from the curriculum committee got sharp remarks from White.

“Just to make sure that I’m understanding,” said White. “The motion was moved and approved to cut instruction that could potentially impact special education students and now we’re going to add funds so that children can read to dogs?”

Murmurs and laughs from the audience followed her statement.

“I don’t think that’s a fair statement,” said Causey sharply. “And the other point is that we passed a contract in August or September of $500,000 that the school system recommended in order to have a company vet educational resources that are free. So one would hope that if the system could spend money, that we could save money. So in these areas of other instructional costs and division of curriculum instruction is a tremendous amount of expenditures that have gone to expensive software programs. Our math test scores are not reflecting that there’s been growth because of these programs, so there are areas where I’m sure the system can evalutate effective ways to spend our money. If you’re going to say you don’t approve of it, then you don’t need to approve of it.”

White came back with a defense of BCPS after Causey’s statements.

“What the former superintendent did was wrong, and we denounced that in every way,” she said. “But I don’t think that with some of the motions that are coming forward and some of the strategies that are being put forward that it is fair to punish the school system and some of the instructional value of the instructional program as a way to denounce what the former superintendent did. We are not him. He is not us. We are BCPS.”

White again got a round of applause, and the SPCA motion failed.

Five hours into the meeting, the operating budget as amended was passed, with one nay vote and no abstentions.

“I want to thank everyone for their efforts,” said Causey. “I do believe that folks are well-intentioned — that they’re here for a reason, and that’s everyone — the staff the students the public and everyone that was here tonight.”