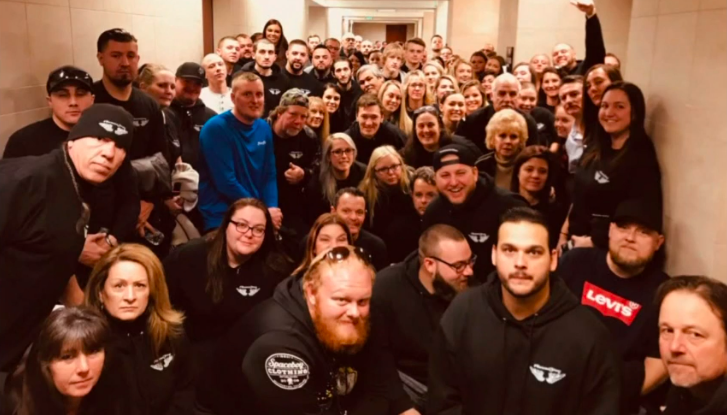 Eight months ago, Nick, Lisa, Nicholas, Macy and the entire Boemmel family sent a letter of gratitude. This letter extended to companies, communities, families, and individuals that assisted them and showed kindness through one of the most difficult times of their lives. This hardship panned out to be just the beginning of the Boemmel family’s journey in justice for their son’s death on July 7, 2019.

Since July, the individual responsible accepted a guilty plea bargain. The family has no say when the state enters a plea, and so they awaited sentencing. On Tuesday, Feb. 18, 2020, the sentencing hearing finally arrived. The charges the defendant had plead guilty to were manslaughter and felony firearm possession. The plea allowed 10 years jail time with a minimum of 5 years for the gun charge. The judge sentenced the defendant to seven years with three years supervised probation, five of these years mandatory before the possibility of parole.

As to be expected this was another huge shock for the family. Prior to the hearing, there were over 90 impact statements written on behalf of Brandon from employers, businesses, pediatricians, travel agents, family, friends and acquaintances.

At the courthouse on this Feb. 18 morning, about 120 people showed up to support Brandon Boemmel. The courtroom was packed full as well as the hallways with supporters. They came from near and far, arriving as early as 6:30am to get a seat in the court room. They wore #BoemmelStrong hoodies, shirts, hats and bracelets to show unity. When the judgement was made, the room was silent, and everyone was in shock.

Although this was not what the family and supporters were expecting or hoping for, they left the courtroom standing tall, arm in arm with the sea of people that were there to help them through. The family then gathered at the Boemmel home for lunch with everyone that was at the courthouse.

At the house, the family was met by the Fox 45 news team. Fox 45 noticed the large crowd of people at the courthouse and wanted more information on the story. They were interested in the outrage on the sentence and minimalization of this horrendous gun violence crime. This crime was a CHOICE and the family hopes that lessons can be learned and that no other families have to go through this pain that could have been prevented. In all of the emotion and disappointment from the day, the family has vowed to remain positive and use this sentence to find ways to make changes so that no one else has to feel this way.

Although the day was not what anyone expected, there is a lot to be thankful for. Mission BBQ of Columbia catered the lunch and as always did an outstanding job. Not only was the food amazing, but the setup, delivery, and kindness of Denise was more than they could’ve asked for. When more people than ever expected showed up, again the community pulled together and an order for more food was placed at the White Swan.

They came through and made it happen last-minute and it was also delicious.

Maryland Stork Lady did a late-night delivery the night before to help post the support for Brandon and the signs turned out wonderful. As always, the Edgemere community has shown constant support through the last eight months and they continue as well. We live in the best town in the world. The Boemmels could never thank everyone for their continued support even on their hardest days, knowing that everyone has their back is what gets them through.

2019 was supposed to be the best year for Brandon – a boat, marriage, starting a family, and a new home on the water were some of his goals. Within a blink of an eye, everything changed. While the anger, hurt and sadness from the loss of their son stays strong, they continue to keep Brandon’s memories and dreams alive. There will be a scholarship fund in his name given this year and years to follow to a male and female student at Sparrows Point High School.

The Boemmel’s thank every single person that has been there to support their family and lift the name of their amazing son. Everyone who knew Brandon was touched by him and they hope those memories and acts of kindness continue to trickle.