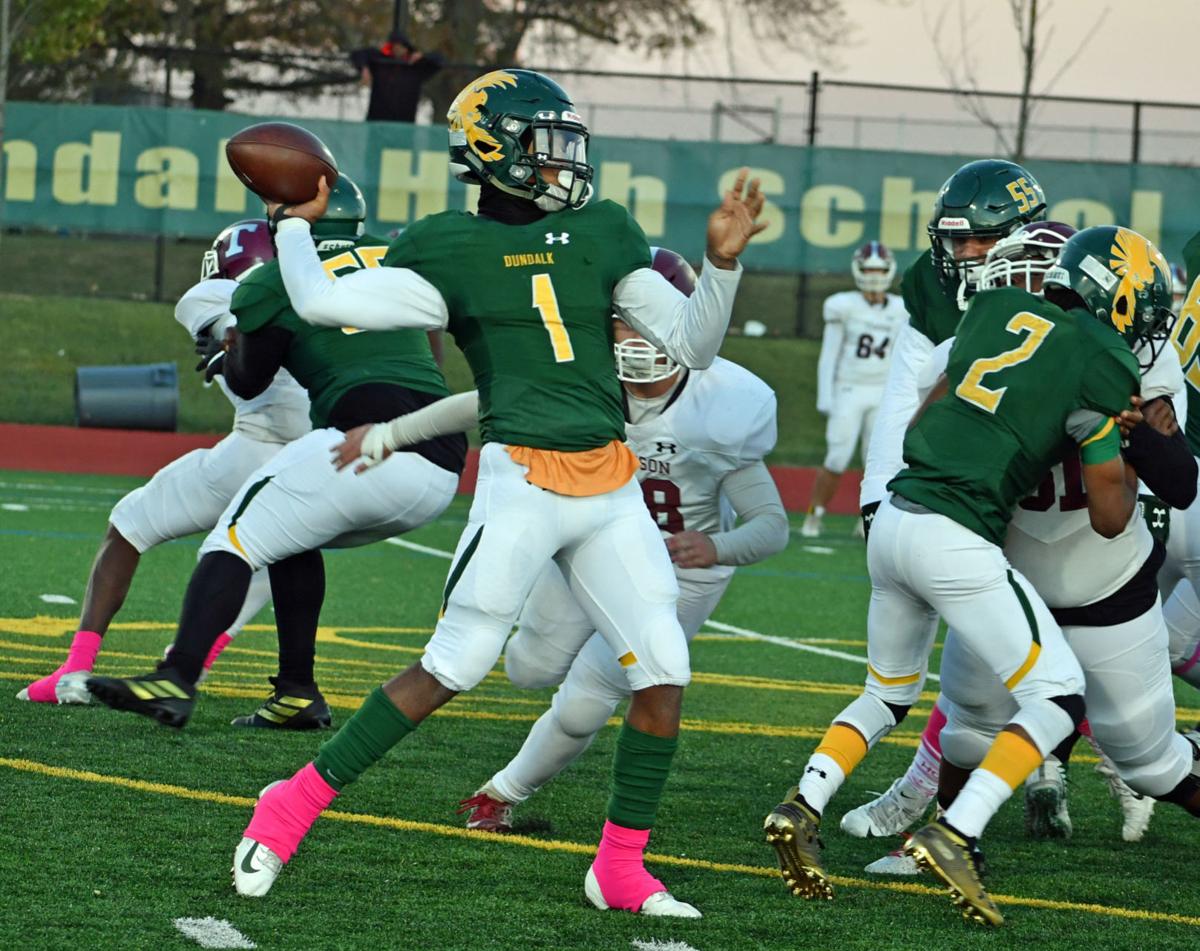 Dundalk quarterback Treshawn Ray threw for over 1100 yards and 12 touchdowns while rushing for 541 yards. 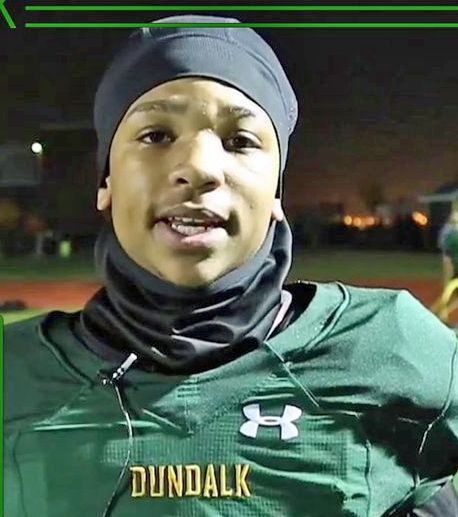 Dundalk quarterback Treshawn Ray threw for over 1100 yards and 12 touchdowns while rushing for 541 yards.

Coming off of a 10-2 record in 2018, the Dundalk football team entered this season knowing it needed to replace several skill-position players who had graduated or transferred.

One position the Owls didn’t have to replace was quarterback.

Playing an arguably tougher schedule than the previous season, the Owls finished 7-4 and reached the second round of the playoffs for the second year in a row behind quarterback Treshawn “Snoopy” Ray, The Eagle’s Male Athlete of the Season for the Fall.

This was the first time Dundalk has won a playoff game in consecutive seasons, and the biggest factor was the play of Ray.

“Obviously the offense ran through Snoopy,” Dundalk coach Matt Banta said. “With the departure of several key offensive players from the year before, we leaned on him even more this season.

“When it was crunch time and we needed a big play, we had to put the ball in his hands.”

Ray took over as Dundalk’s starting quarterback in his sophomore year following the graduation of Darrius Sample (who took the Owls to the state championship game in 2015). Like Sample, he was equally a challenge for opposing defenses as a passer and a runner.

This season, Ray completed 76 of 143 passes for 1,133 yards while throwing for 12 touchdowns and being intercepted five times.

Ray opened the season by throwing for two touchdowns and rushing for two scores in a victory at Century.

Dundalk was held to 16 points in those three games, but the experience gained helped the Owls finish the season with a five-game winning streak, earn the third seed in the Class 3A North region playoffs and defeat C. Milton Wright 33-0 before again losing to Franklin.

“Over is career, he really developed into a pocket passer that used his legs when he needed to,” Banta said. With all the inconsistencies and youth at the running back position this year, he made it very easy on those guys.

“The defenses had to respect his ability to read/pull in our option game.”

Ray was also a force on defense, where he played defensive back and finished with 62 tackles (23 solo), four interceptions and a touchdown on an interception return.

For college, Ray has an offer from Morgan State and interest from several schools at the Football Championship Subdivision and Division III levels.

He will likely play in the defensive secondary in college.

“He is a generational talent we were very fortunate to have these four years,” Banta said. “A three-year captain and two-way starter. That should speak for itself.”

Also considered for ale athlete of the season were Patapsco football player Maurice Williams, one of the best deep receiving threats in the county, and Sparrows Point soccer players Josh Mustachio and Bradley Bryant.