Marcus Nicholson scored seven points during a late 8-0 Dundalk run that lifted the owls over Catonsville. He finished with 29 points. 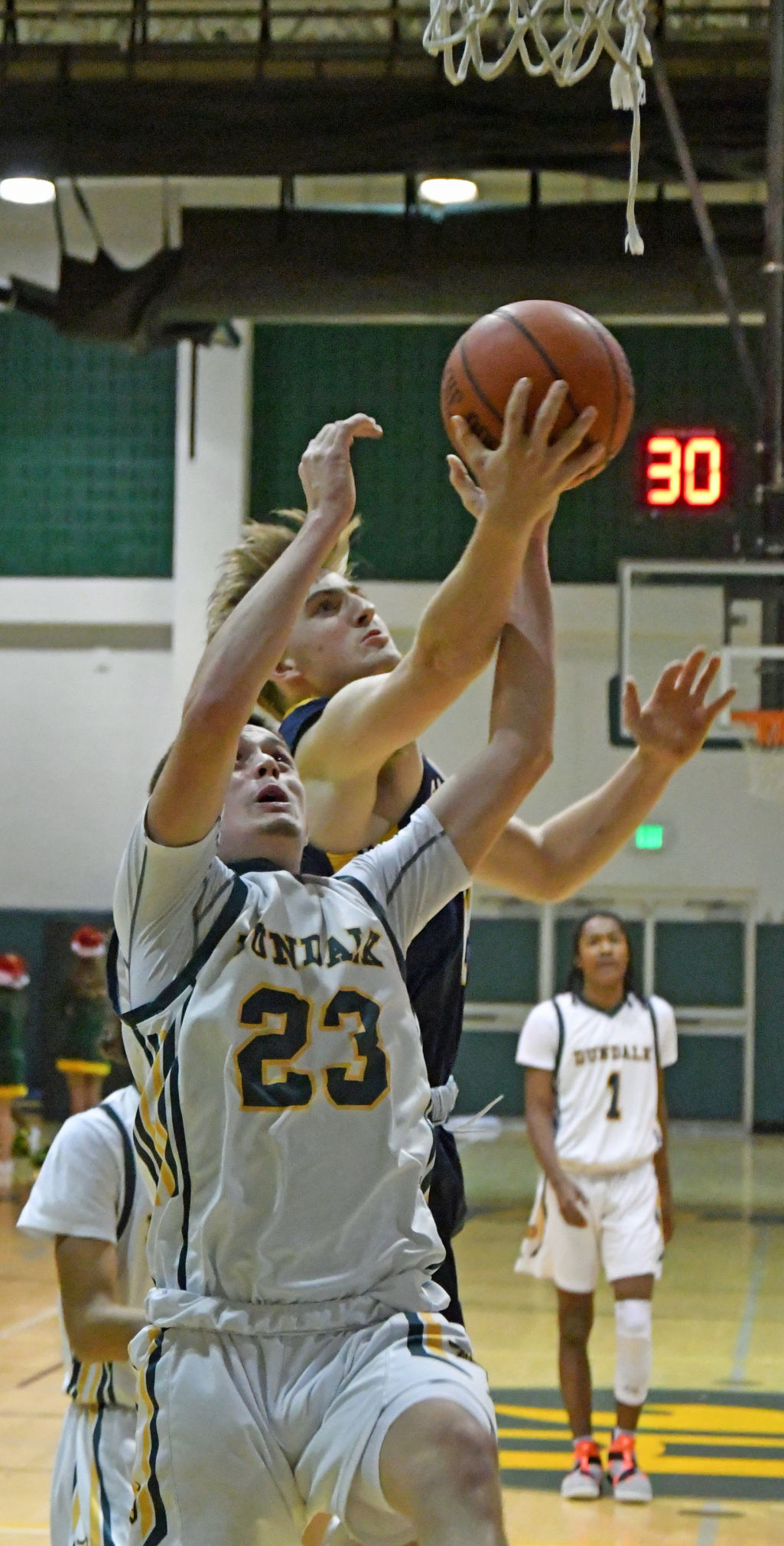 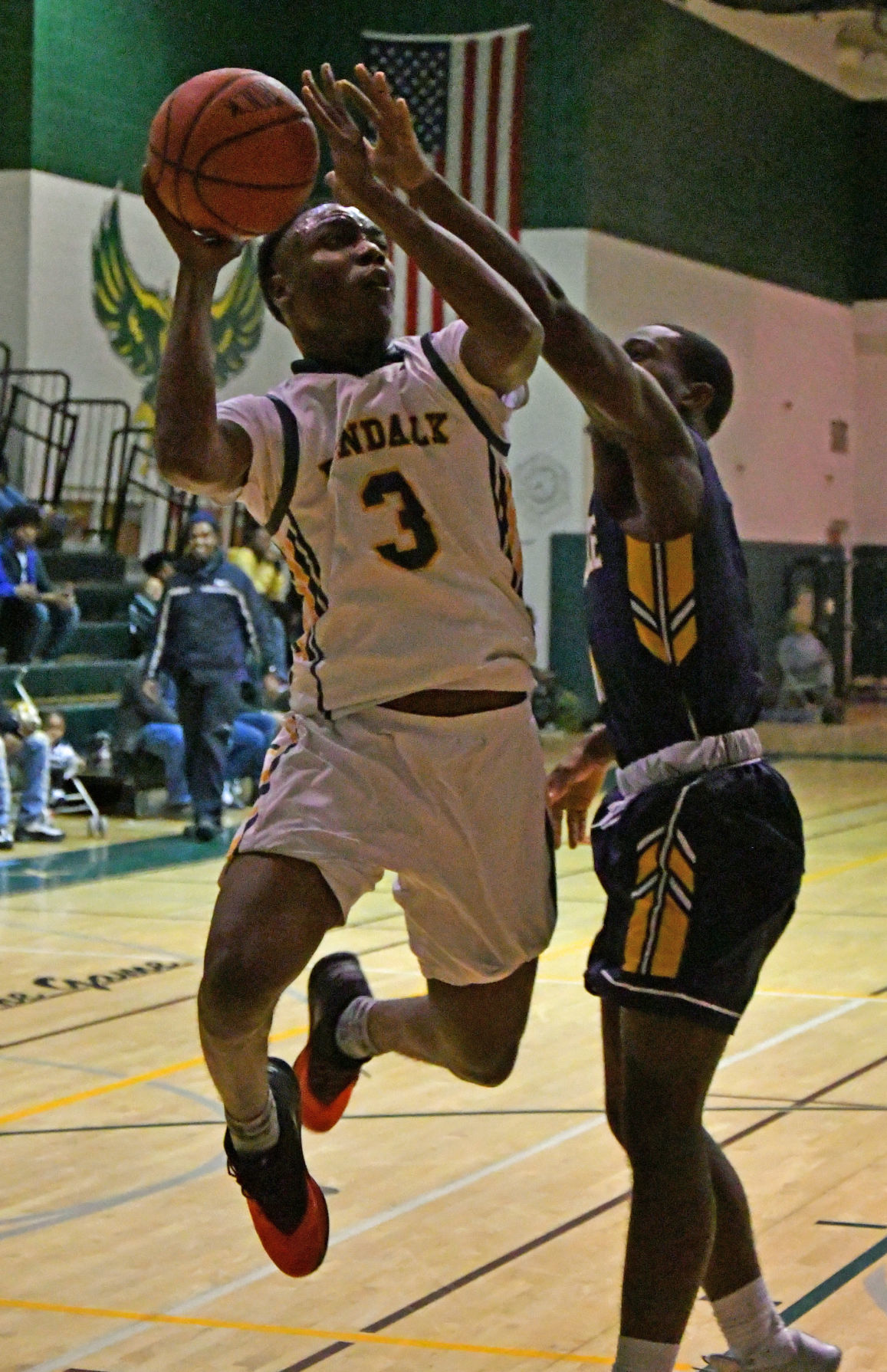 Kurlin Ray of Dundalk drives to the basket against a Catonsville defender. 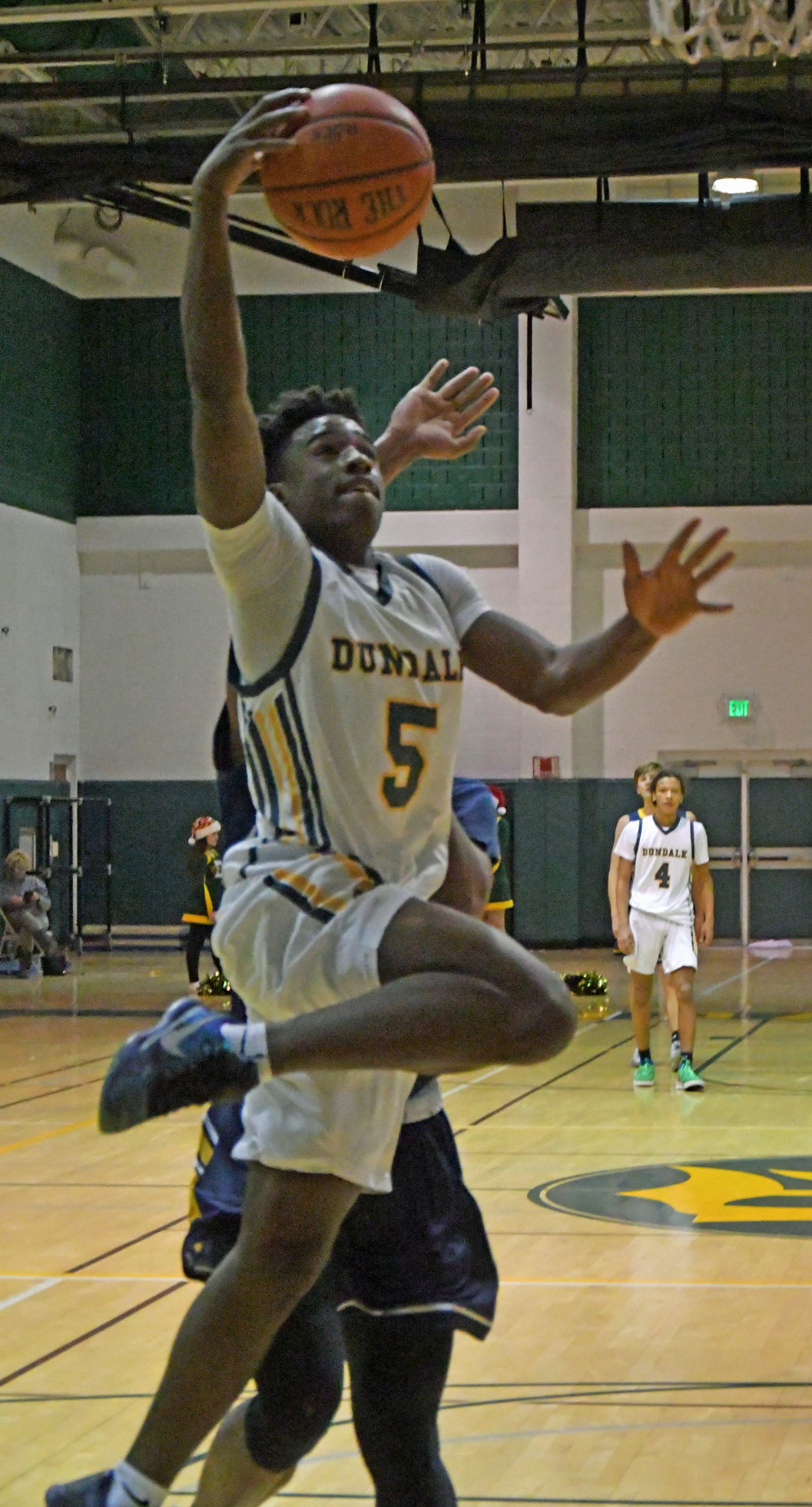 Abdullah Sargeant drives to the basket for a dunk attempt. 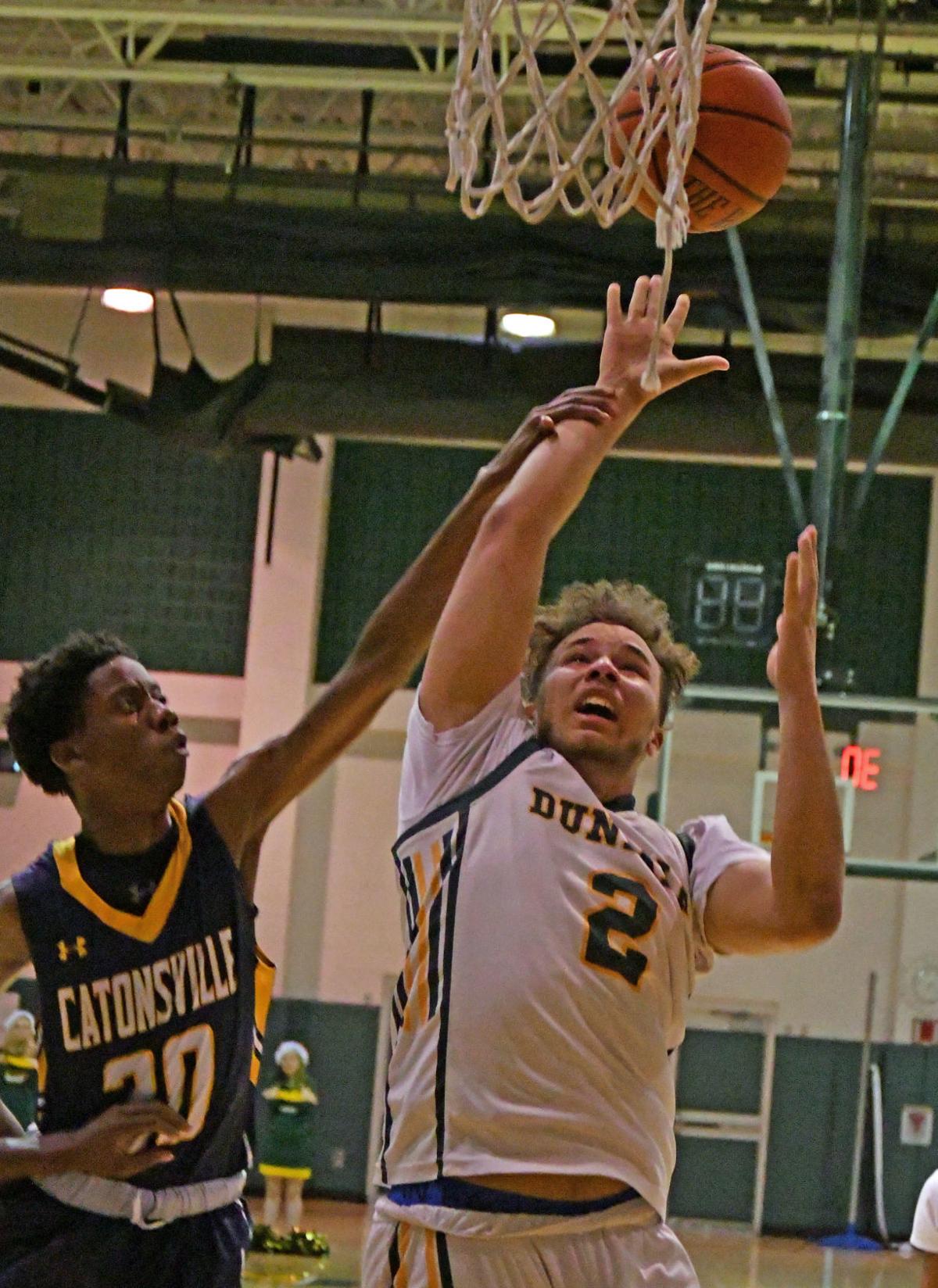 Devon Brown is fouled while shooting during Dundalk’s come-from-behind win over Catonsville.

Marcus Nicholson scored seven points during a late 8-0 Dundalk run that lifted the owls over Catonsville. He finished with 29 points.

Kurlin Ray of Dundalk drives to the basket against a Catonsville defender.

Abdullah Sargeant drives to the basket for a dunk attempt.

Devon Brown is fouled while shooting during Dundalk’s come-from-behind win over Catonsville.

Measured against most of their opponents this season, the Dundalk boys basketball team can expect to come up a little short.

In height. Not necessarily in points.

“All of our height graduated on us,” Dundalk coach Eddie Major said. “We need to compensate for our lack of height with pressure. We’re definitely playing a five-guard lineup

“We have no other option; everyone on the team is pretty much a guard.”

The Owls overcame their, ummm, shortcomings to defeat visiting Catonsville 53-51 on Thursday in the season-opener.

Trailing 51-45 with under two minutes remaining, Dundalk ended the game with an 8-0 run over the last 1:44.

Marcus Nicholson scored seven of those points and finished with a game-high 29 points.

“We put the press on,” Major said. “We’re so small, we have to press up, put pressure on the bigs.

Nicholson turned a Comet turnover into a layup. After a Catonsville miss, Dundalk controlled the rebound and Devon Brown took a shot, missed, grabbed the offensive rebound, missed again, but drew a foul.

Brown made one of the two free throws to cut Catonsville’s lead to 51-48 with 1:16 remaining.

The Owls forced turnovers on Catonsville’s next two possessions, leading to a Nicholson layup and baseline jumper to give Dundalk a 52-51 lead with 36 seconds left in the game.

The Comets then missed on a pass with 22 seconds left, and committed a foul on the inbounds pass. Nicholson missed the first shot, made the second, and the Comets had the ball with 21 second remaining and a chance to tie or take the lead.

Catonsville attempted a three-pointer with about eight seconds remaining, missed, and neither team was able to control the rebound before time expired.

The game was tied 41-41 entering the fourth quarter, but the Owls went cold from the floor and didn’t get a basket until Nicholson’s layup with 1:44 remaining.

Abdullah Sargeant scored all five of his points in the third quarter, during which Nicholson scored 10 points.

Catonsville led for most of the game, but never by much as the Owls repeatedly answered with a run every time the Comets seemed on the verge of pulling away.

Dundalk’s biggest lead over the entire game was three points (24-21 and 26-23). Catonsville’s biggest lead was six, the 51-45 deficit Dundalk overcame in the last two minutes.

Despite its lack of height, Dundalk held its own on the backboards, being out-rebounded 38-33.

Major, a former Owl assistant coach, is in his first year as head coach after replacing Steve Oppenheim (who stepped down from coaching), said “I tried to introduce some new sets; other teams knew our calls, so I put in some new calls.

“We struggled with it at first, so I had to go back to the former stuff. I could see our kids were getting frustrated, so I told them we had to press up, keep our poise.”

The Owls lost 80 percent of their scoring from last year, with three key players graduating and two more transferring to other schools.

“We have to be scrappy on defense,” Major said. “I tell our players not to try to block shots, but to get the ball when it’s low.

“Forcing turnovers, getting fast breaks, will have to be how we score.”

Patapsco and Sparrows Point also won their openers; the Patriots won at Eastern Tech on Friday, 61-58, while the Pointers defeated visiting Carver A&T on Friday 62-53.