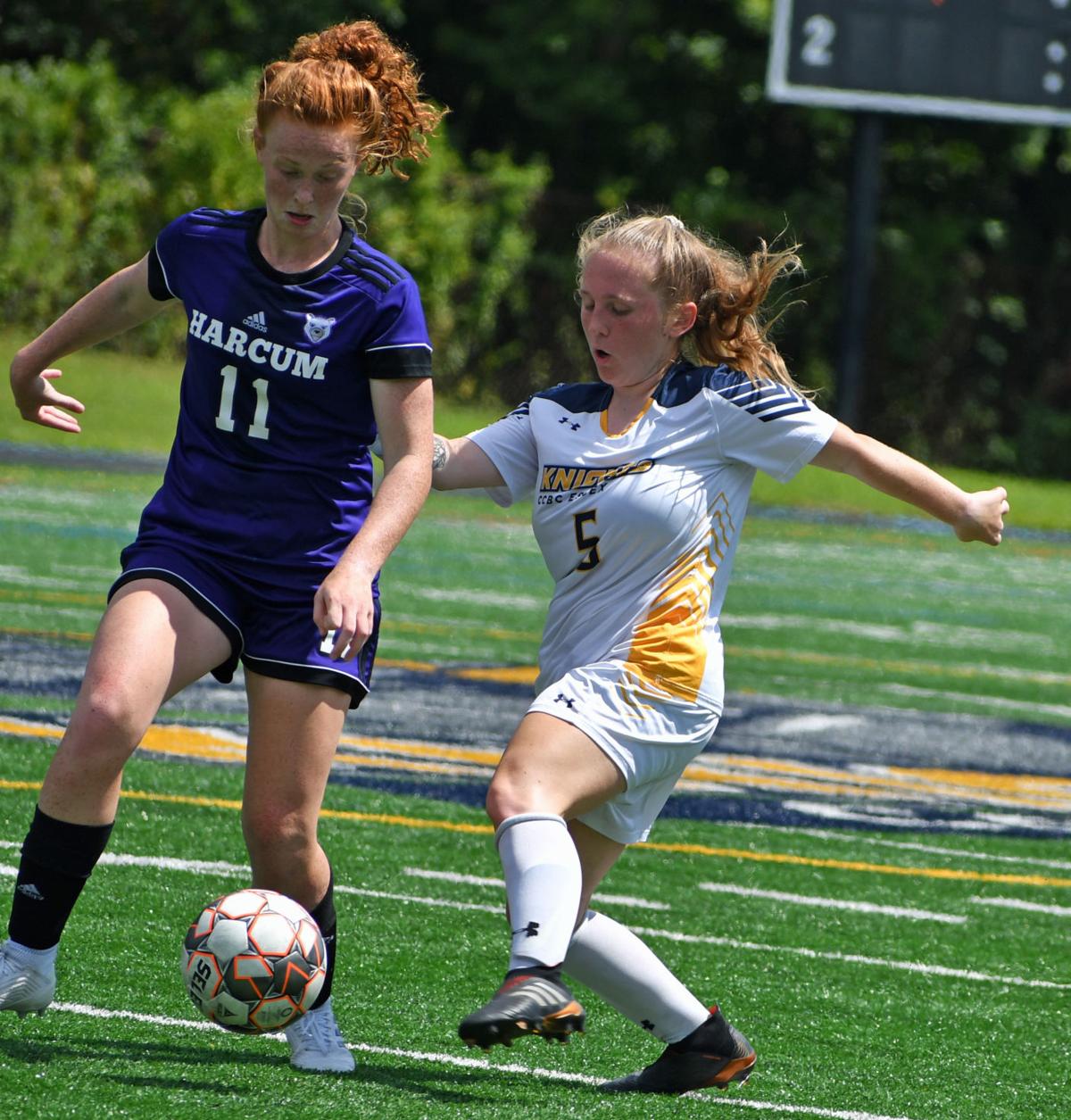 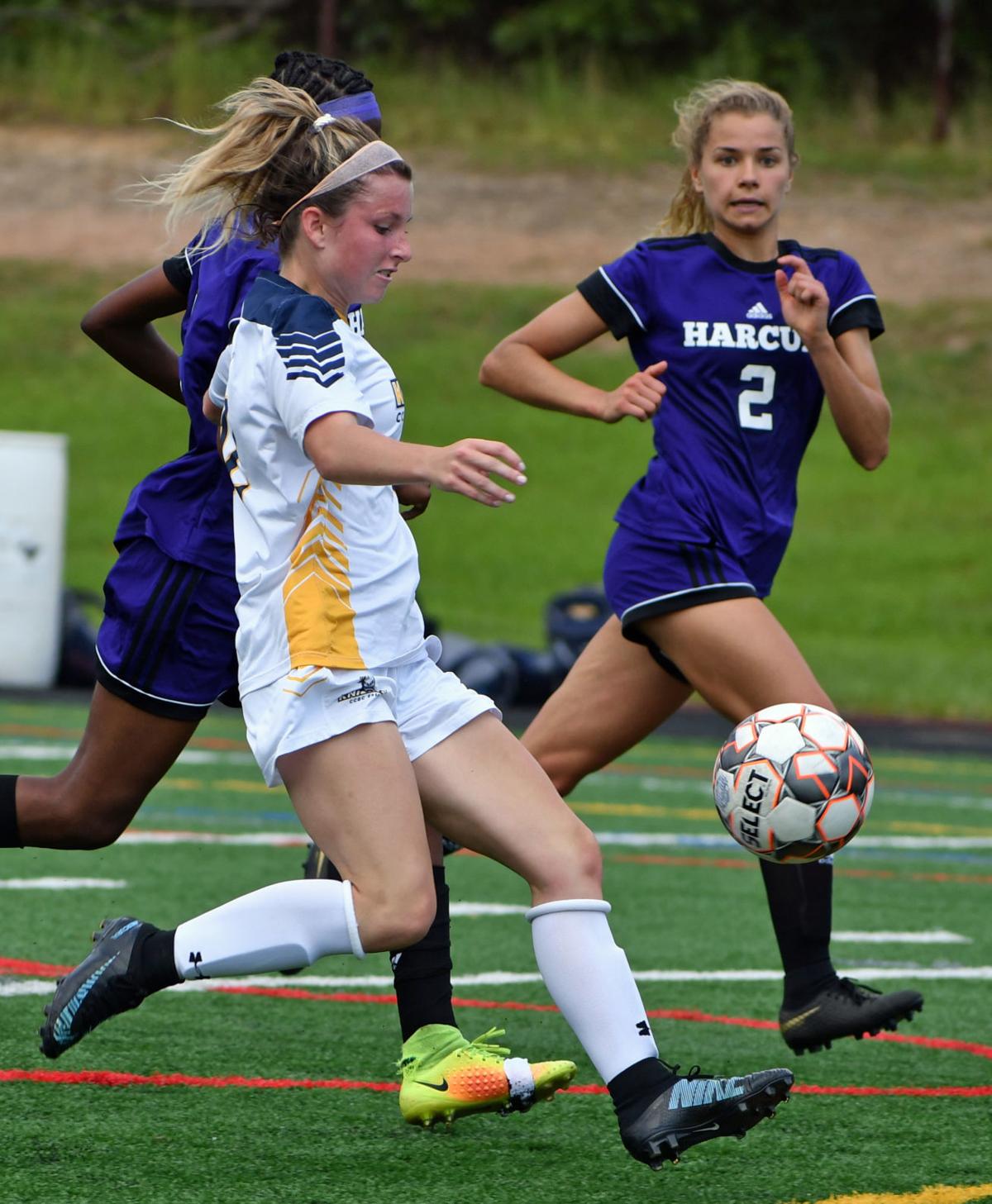 Danielle Zacierka (Sparrows Point) of CCBC Essex had an opportunity to give the Knights an early lead in their NJCAA tournament have against Eastern Florida State, but her shot knocked away by a good save. 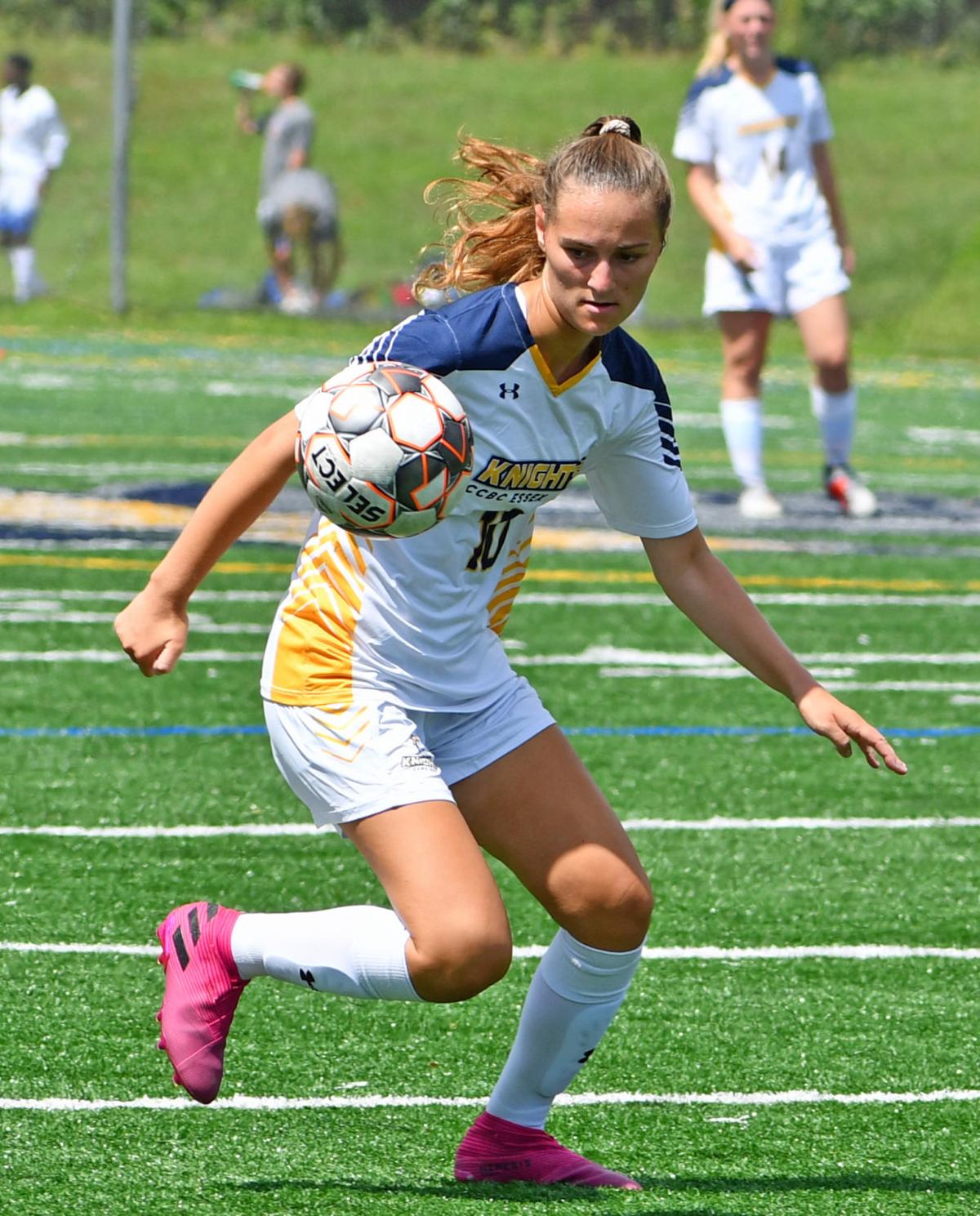 Kara Dietrich had a chance to cut Eastern Florida State’s lead to 2-1, but her shot hit the post in the first half. 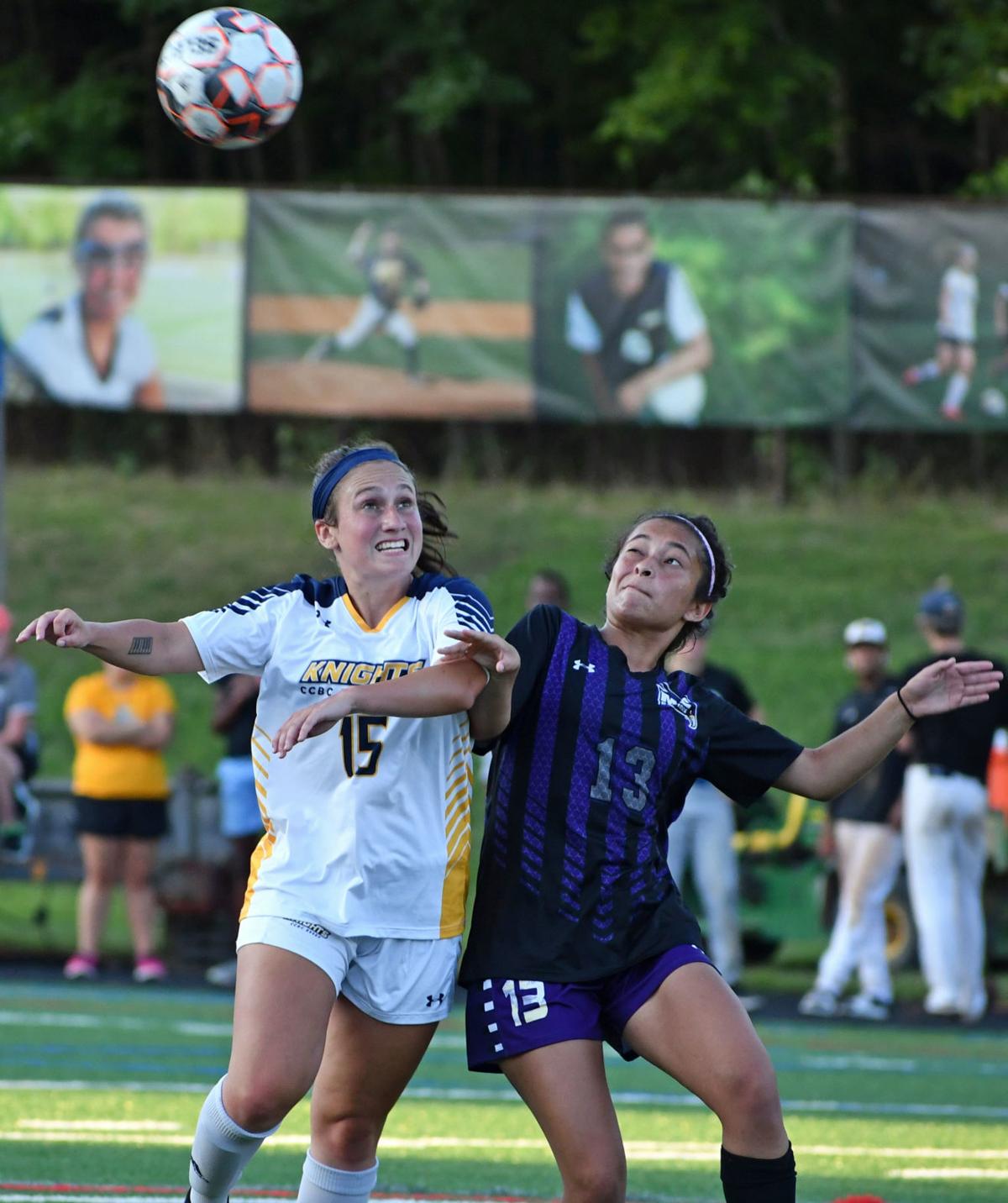 Ryleigh fachler and CCBC Essex were undone by two defensive lapses and two near-misses in the first half of the NJCAA championship tournament game against second-ranked Eastern Florida State College.

Danielle Zacierka (Sparrows Point) of CCBC Essex had an opportunity to give the Knights an early lead in their NJCAA tournament have against Eastern Florida State, but her shot knocked away by a good save.

Kara Dietrich had a chance to cut Eastern Florida State’s lead to 2-1, but her shot hit the post in the first half.

Ryleigh fachler and CCBC Essex were undone by two defensive lapses and two near-misses in the first half of the NJCAA championship tournament game against second-ranked Eastern Florida State College.

When CCBC Essex and Eastern Florida State College met on Monday in the opening round of pool play at the NJCAA women’s soccer national tournament, the Titan’s 5-0 win would appear to be the typical outcome of a game pitting the tournament’s 11th seed (Essex) against the second seed.

But it doesn’t do justice to the Knights' effort.

A few close plays breaking in the other direction, and the game could have been much closer.

Essex was already up against it, not only facing the No. 2 team in the nation, but on Eastern Florida State’s home field in Melbourne, Florida.

The Knights trailed 3-0 at the half. They could have been leading 2-1.

A little under four minutes into the still-scoreless game, Taylor West brought the ball down the left side of the field and left-footed a perfect leading pass to Danielle Zacierka sprinting toward the right post.

The ball arrived and Zacierka one-touched a shot just inside the post — but Eastern Florida goalkeeper Kiera Gibson was able to slide over in time to knock the ball away.

The Titans took a 1-0 lead in the 17th minute on a defensive lapse by the Knights.

Julieta Limardo took a pass from teammate Morgan Miller in thecenter of the field — and there wasn’t a Knight defender between her and the goal.

Limardo quickly dribbled toward the goal, juked past Essex goalkeeper Sam Tornatore — who had already made two outstanding saves in one-on-one situations — and fired the ball into the open net.

Morgan Miller took a pass in front of the goal at the edge of the box, settled the ball and tipped it over to Limardo, who dodged one defender before firing a shot into the far top corner beyond Tornatore’s reach.

The Titans took an all-but-insurmountable 3-0 lead with nine minutes remaining in the first half on another defensive lapse by Essex.

A ball near the end line looked like it had gone out of bounds, and it appeared for an instance the official was going to call it out of bounds.

The Knight defenders seemed to relax, but the ball was not ruled out, and the Titans’ Ella Newman passed the ball to Paula Garrido all alone in front of the goal.

Garrido chipped the ball over Tornatore’s head and into the goal.

Six minutes earlier, however, Kara Dietrich nearly made it a one-goal game. A Titan defender passed the ball back to Gibson, but didn’t consider Dietrich’s speed.

Dietrich zipped past the defender and got to the ball ahead of the approaching Gibson, but her shot past the keeper hit the right post. Dietrich got off a follow-up shot that was deflected wide, and Essex did not manage a shot on the ensuing corner kick.

Two potential goals that missed by a matter of inches, two goals given up by small but costly breakdowns on defense.

Eastern Florida scored its fourth goal 12 minutes into the second half on a breakaway that produced an open shot.

Essex had an opportunity to score on a corner kick, but the first shot hit the post, and the follow-up shot sailed high.

Tornatore finished the game with 12 saves, several of them by stopping shots where she went one-on-one with the attacker.

Emily Vetri foiled two other Titan opportunities by disrupting the ballhandler before she could get off a shot, and also blocked a shot with her head.

The loss dropped Essex’s record to 19-3 overall, while Eastern Florida improved to 15-0.

The Knights were to continue pool play on Tuesday against Gillette College.

The NJCAA national tournament consists of 12 teams divided into four pools of three teams each. The four pool winners advance to the semifinals.

Should Essex defeat seventh-seeded Gillette (16-2) and Gillette then beat Eastern Florida on Wednesday, the three teams will each have a 1-1 record. The winner of the pool will be determined by goal differential.