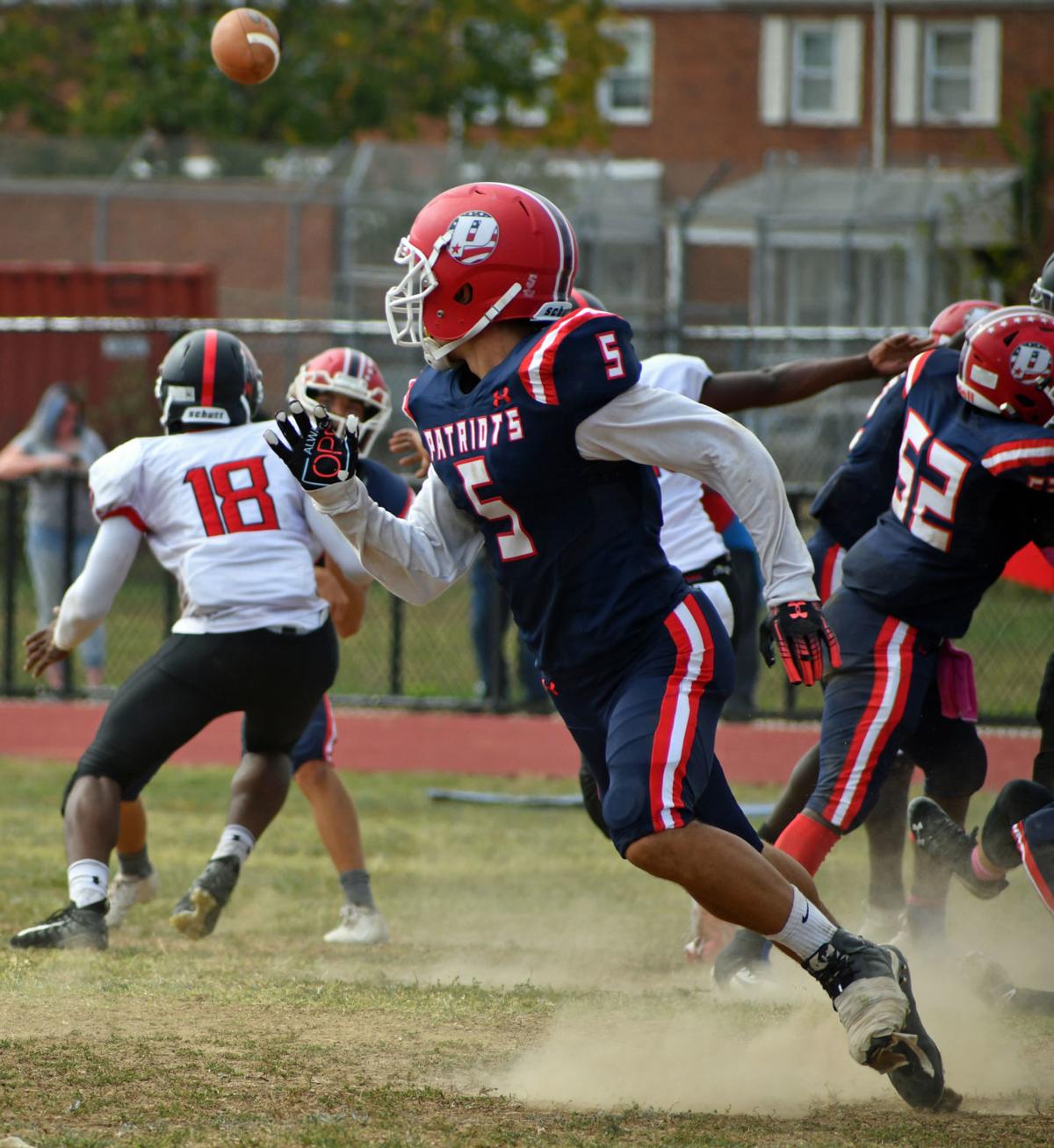 Christian Wilson prepares to catch a pass from A.J. Ratliff. 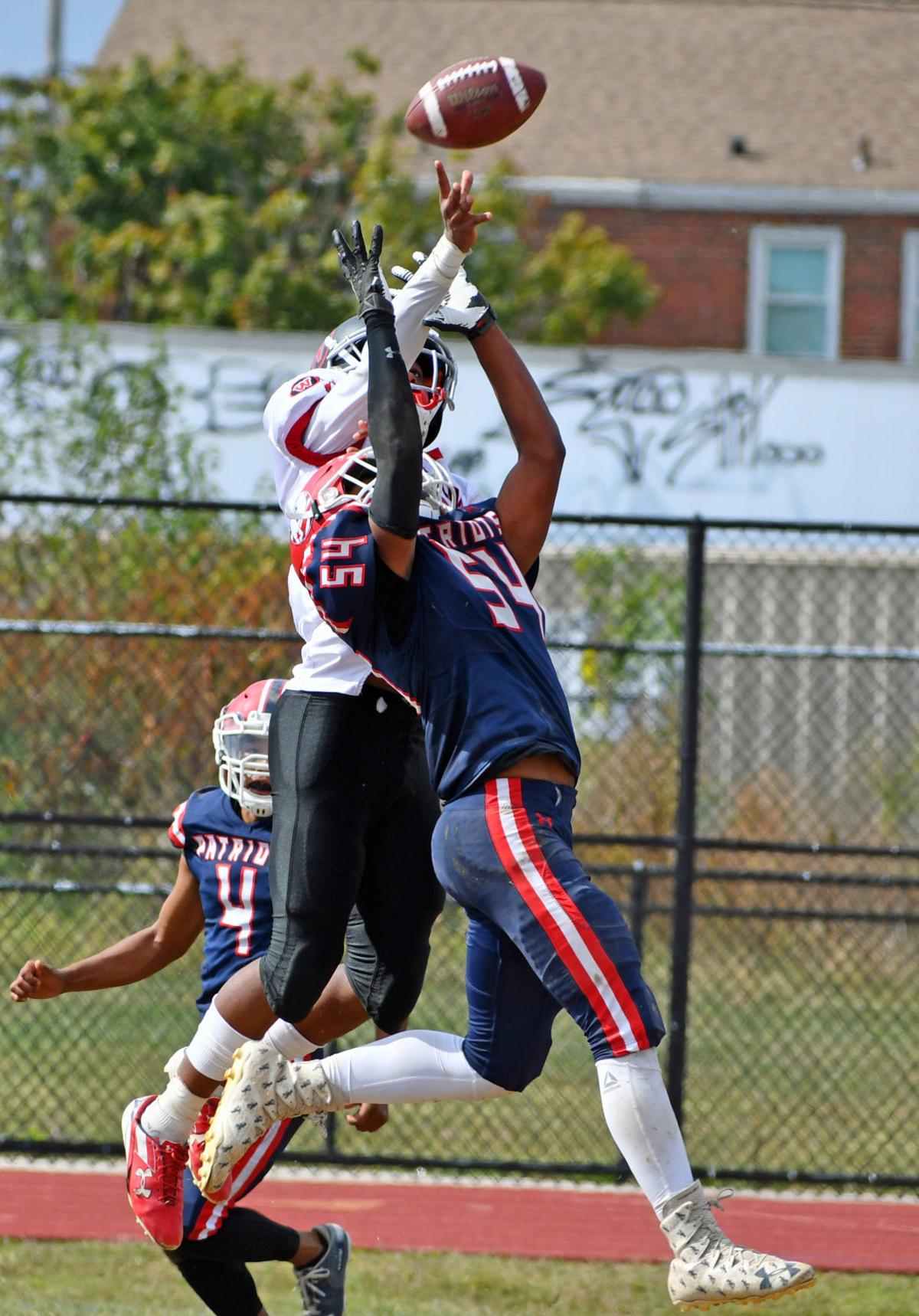 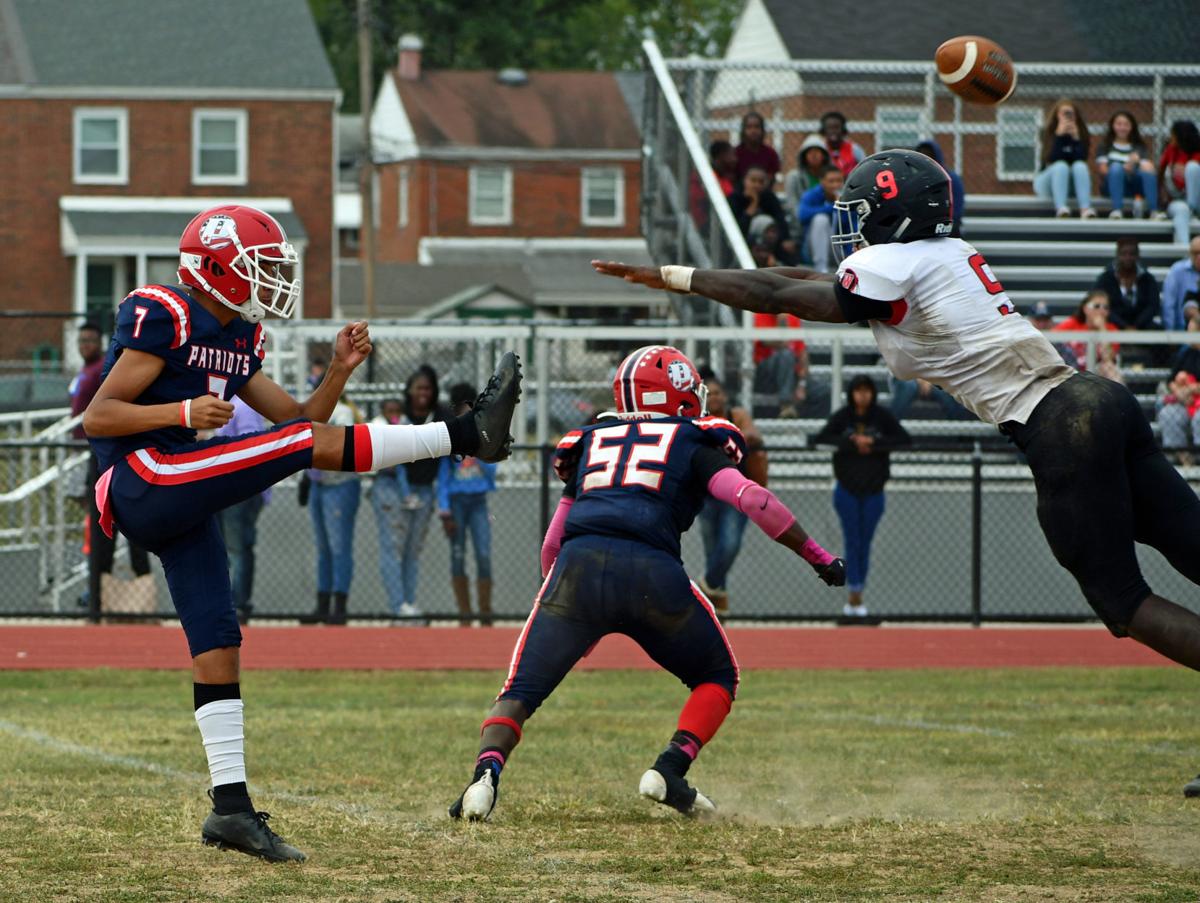 Patapsco punter Jose Lizarraga-Rosas gets the kick away while under pressure. 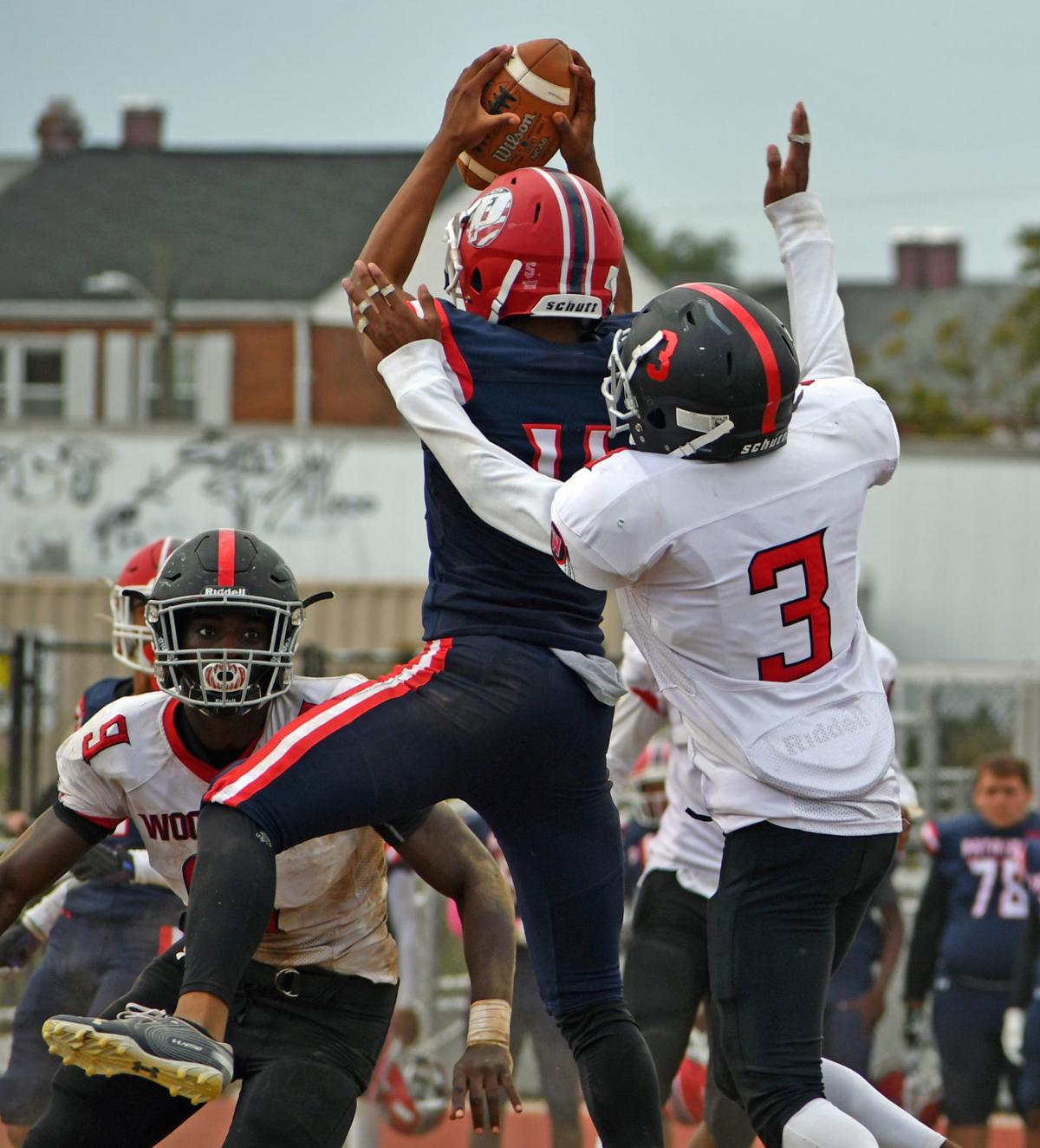 Sean Yoon catches a pass during the Patriots’ loss to Woodlawn.

Christian Wilson prepares to catch a pass from A.J. Ratliff.

Patapsco punter Jose Lizarraga-Rosas gets the kick away while under pressure.

Sean Yoon catches a pass during the Patriots’ loss to Woodlawn.

Patapsco’s playoff hopes took a hit when it lost to visiting Woodlawn 30-6 on Saturday, the Patriots third straight loss after opening the season 3-0.

This time, it was the offense that faltered one week after the defense was shredded for 58 points by Towson.

Woodlawn scored on an interception return and off of a blocked punt, then added another score late in the game with the outcome decided and Patapsco playing its second team on defense.

“We shut down their spread and they couldn’t pass,” Patapsco coach Tyler Clough said. “They didn’t really drive down the field on us the entire game. They were bigger and faster, but we just didn’t execute on offense.”

Patapsco scored on its second possession of the game, after a 46-yard run by Jeston Jones set up a five-yard scoring pass from Sean Yoon to Jones.

That made the score 8-6, Woodlawn, early in the second quarter. On their remaining possessions of the first half, the Patriots punted, had an interception returned for a touchdown, had a punt blocked to set up Woodlawn’s third score, and threw an interception.

Patapsco did not have a first down over that span, and went into halftime trailing 22-6.

The Patriots had one first down in the second half, and minus-14 yards in total offense.

“We weren’t hitting passes,” Clough said. “We had receivers open, but weren’t getting the ball to them. We left a lot of plays on the field.”

Patapsco quarterback A.J. Ratliff was usually too busy running away from Woodlawn defenders to look downfield, as the warriors blitzed on just about every play.

Even the touchdown pass came on a ball tipped by a Woodlawn defender. The Warriors finished with three interceptions and five sacks.

Patapsco’s defense, considering the amount of tine it was on the field, played very well. Patapsco’s longest drive over the last three quarters lasted nine plays and covered 20 yards.

The lone first down of the last three quarters came on a 12-yard pass from Ratliff to Yoon.

Patapsco will attempt to end its three-game losing streak when it hosts Pikesville on Thursday at CCBC Dundalk in its Homecoming game.

Pikesville is 1-5, its lone win being over Western Tech 12-6. Patapsco beat the Wolverines 44-6 in the season opener.

“We need to bounce back against Pikesville, try to get some momentum going into the Dundalk game,” Clough said. The Owls host the Patriots in their Homecoming game next week.

Sparrows Point (1-5) lost to Eastern Tech 40-28 on Friday at CCBC Essex. The Pointers play at Winters Mill in Westminster on Friday.