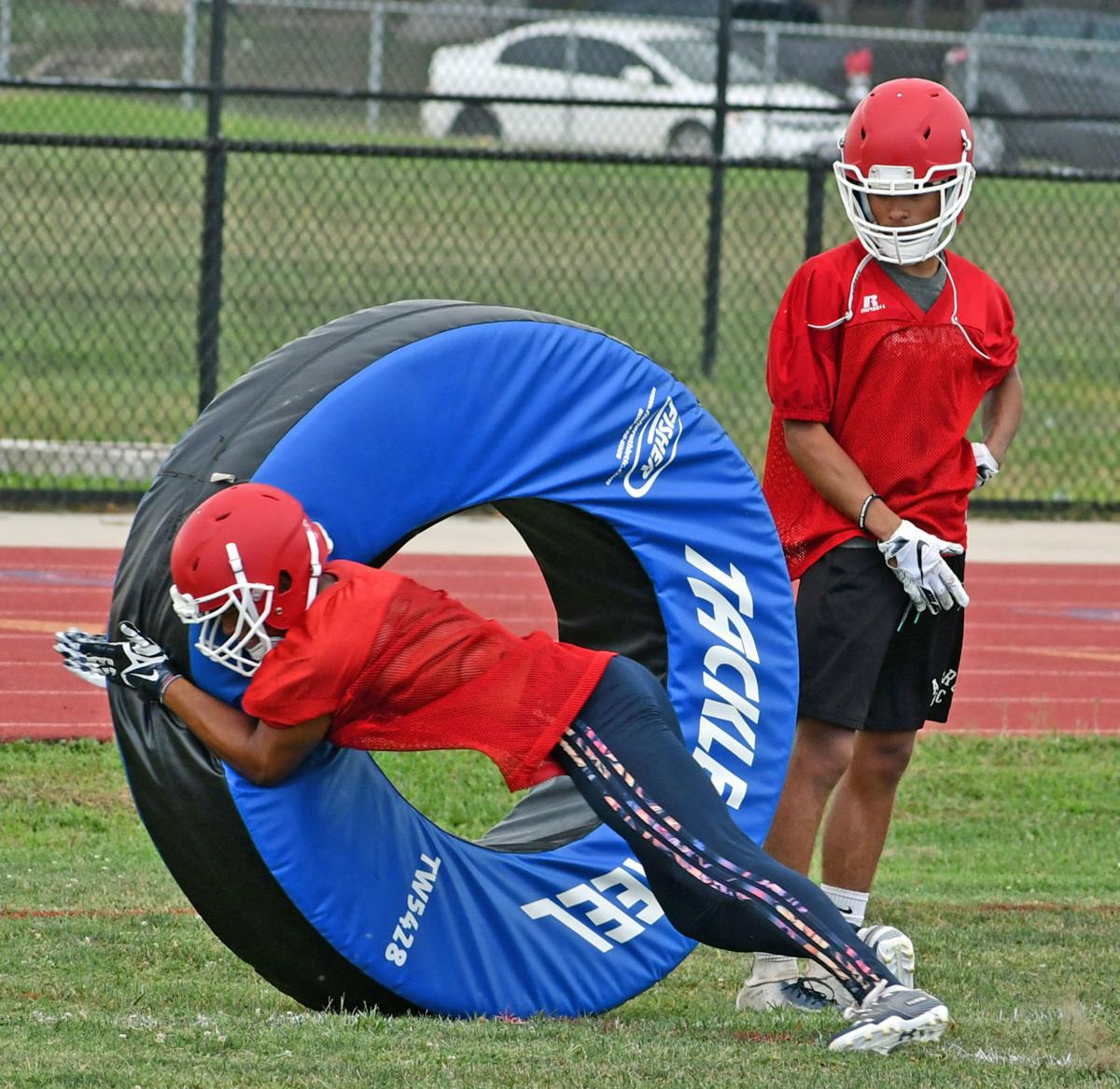 Sean Yoon hits the tackle weel that had been held up by Sean Ruffin. 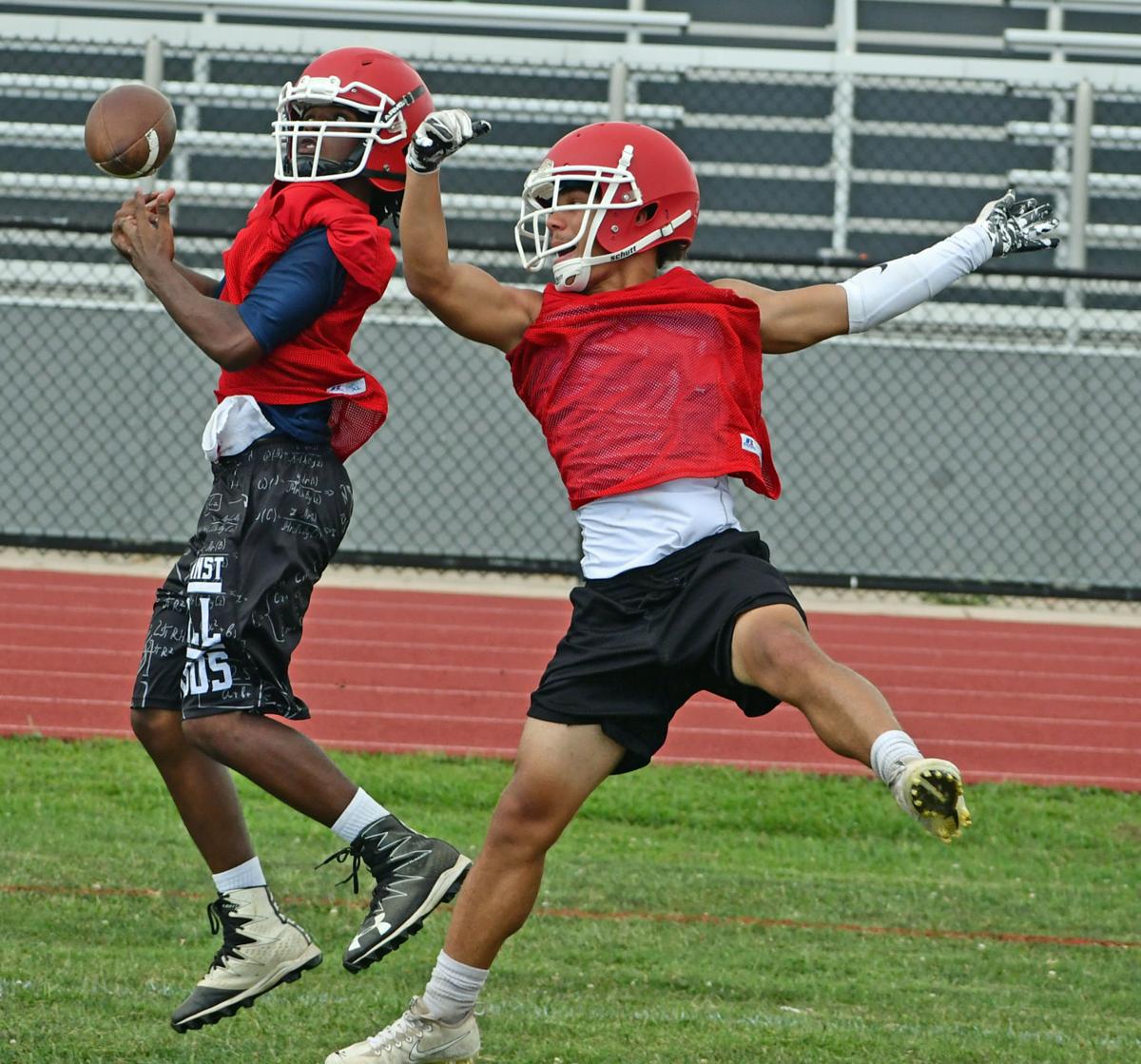 De’Shawn Davis grabs a pass while being defended by Zach Taylor. 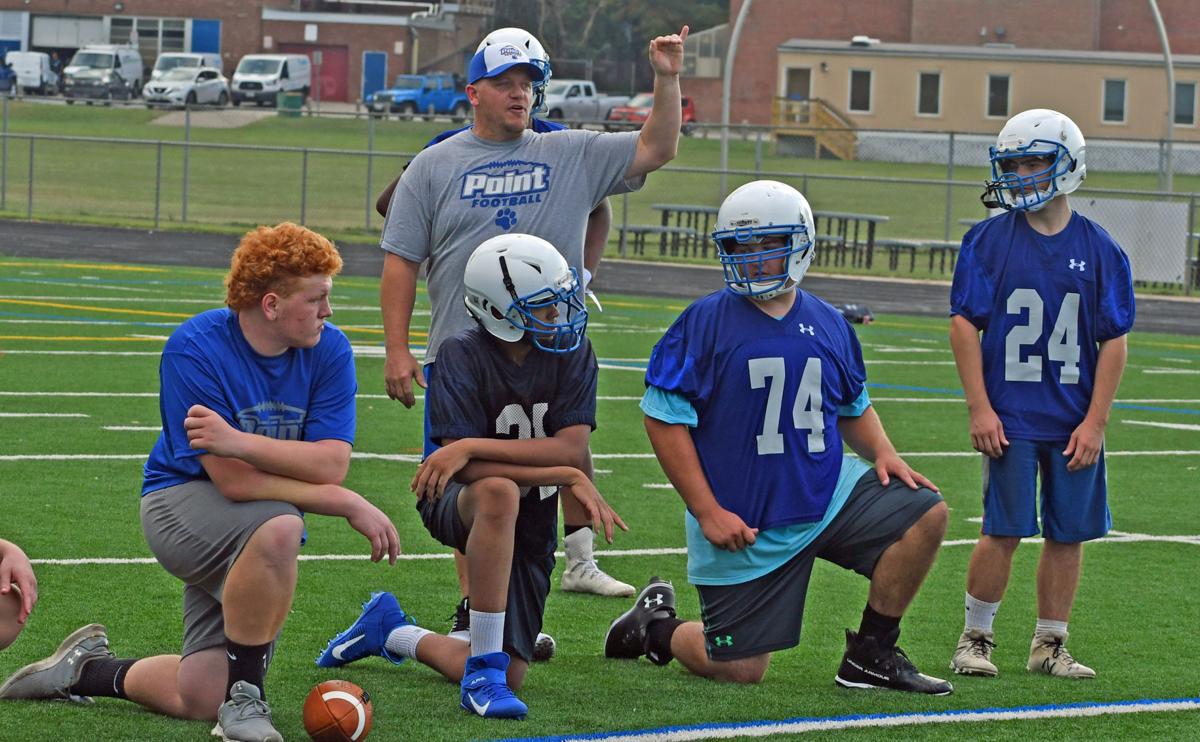 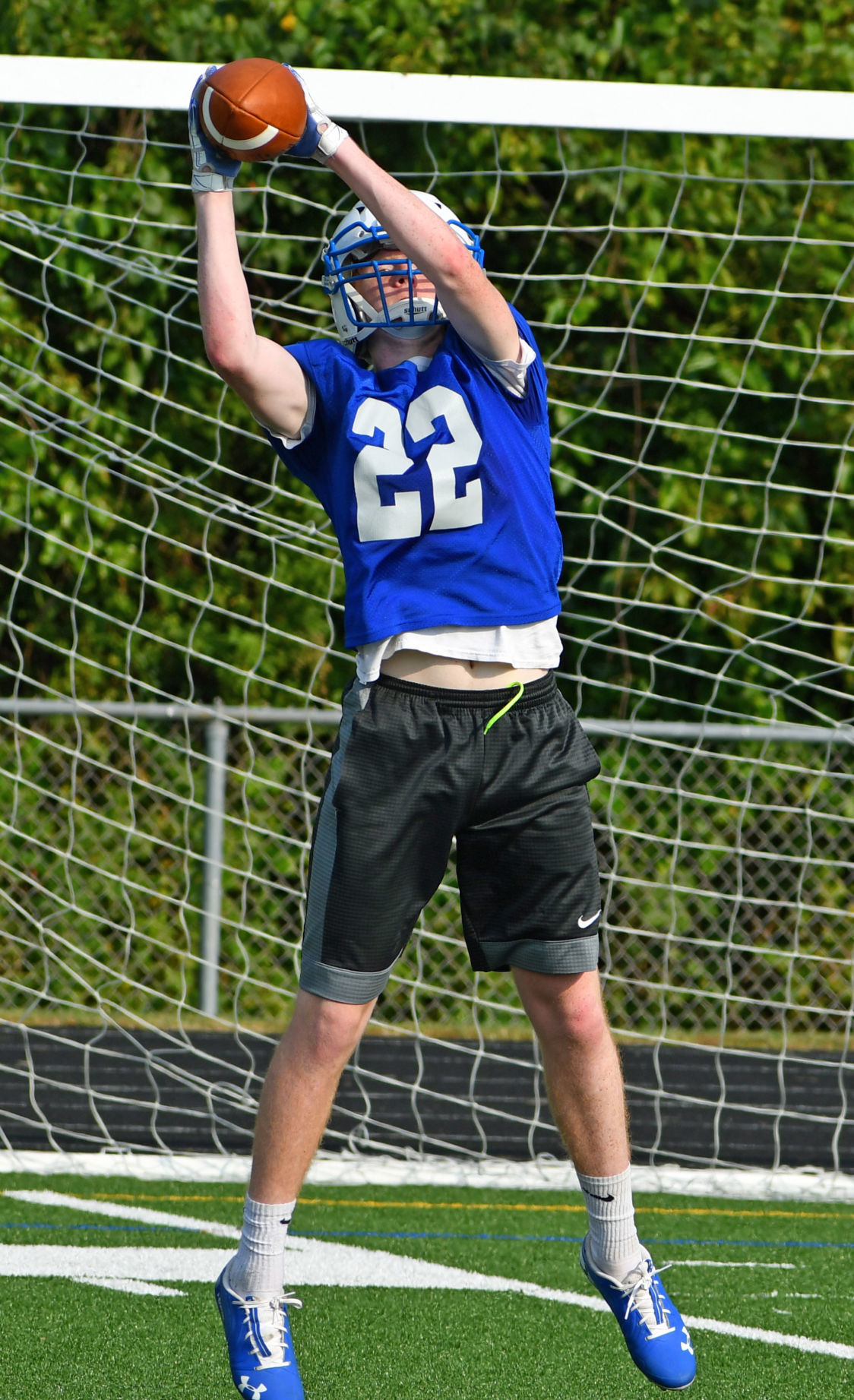 Danny Price catches a pass during a Sparrows Point practice. 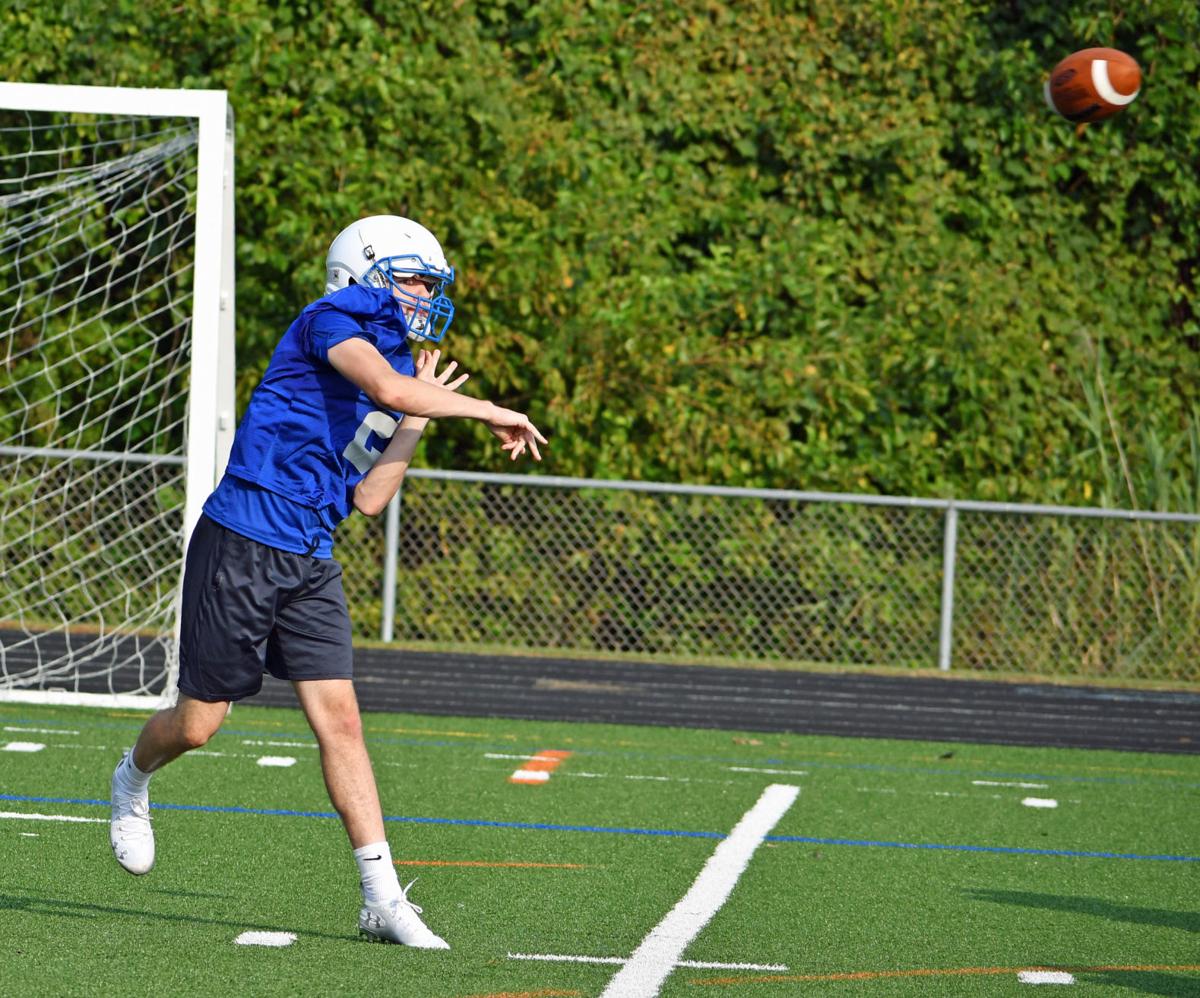 Sean Yoon hits the tackle weel that had been held up by Sean Ruffin.

De’Shawn Davis grabs a pass while being defended by Zach Taylor.

Danny Price catches a pass during a Sparrows Point practice.

EDGEMERE — Last season could have gone better for both the Patapsco and Sparrows Point football teams.

The Patriots didn’t score an offensive touchdown until the fourth game of the season and finished 3-7, with one of those wins coming against Sparrows Point.

The Pointers went 0-10 and only scored seven touchdowns all season.

Both have had good turnouts for practice this season, with Sparrows Point having close to 60 players try out and Patapsco getting around 50 players, and have good reason to believe they will be improved this season.

With only six returning players, the Patriots will be dependent on several new starters.

Sylvil Blake moves up from the junior varsity to start at linebacker.

“The rest of our starters are newcomers to the program,” Patapsco coach Tyler Clough said. “A lot of my job this year was recruiting boys in my building to come out for the team and get eligible. I think we have a very solid core and can compete with anybody.”

Clough appreciates the new expanded playoff field, with eight teams from each region advancing to the postseason rather than four.

“It gives everyone something to play for all season,” Clough said. “Our goal is to make the playoffs and see what happens. I think 6-3 would guarantee we get in and 5-4 we’d have a chance.

“But all I’m stressing to my guys right now is let’s go 1-0. The only team I’m talking about is Western Tech in week one.”

“With a record turnout for the Point, we have great numbers and the incoming talent will fill those other positions,” Sparrows Point coach Scott Merbach said.

Sparrows Point will continue to run a form of their spread wing offense, but plans to implement a new defense.

The Pointers also face the challenge of moving up from Class 1A to Class 2A this season.

“Moving to Class 2A will be tough for a small school like ours,” Merbach said. “I have some strong opinions on why the Class 4A schools are scheduled to play 1A schools in Baltimore County. Division should be made via team strength.

“As far as the new playoff format, the jury is still out. I like the ideas of more opportunities, but it’s very likely a team with a sub-.500 record will make [the playoffs].”