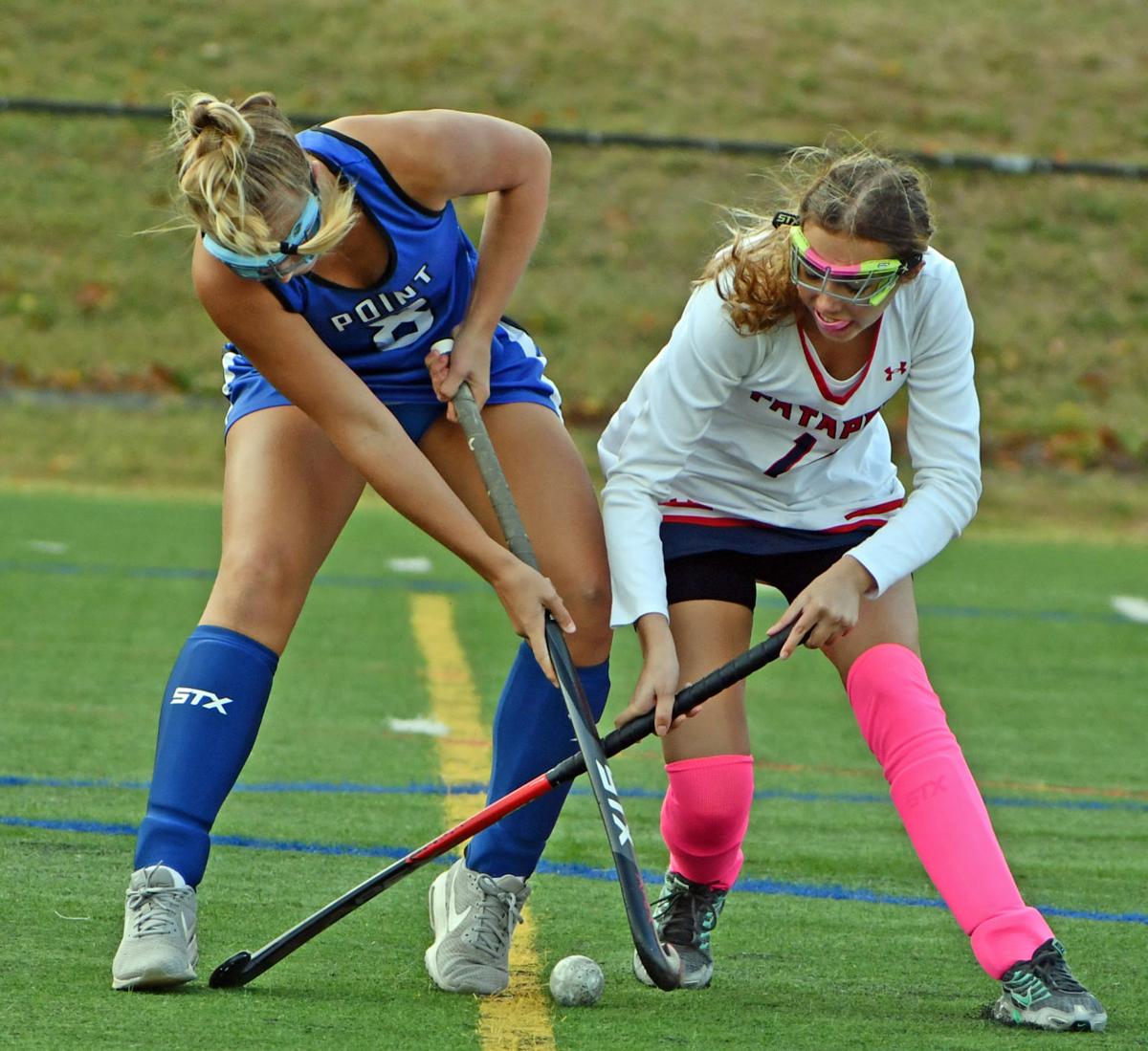 Callie Polanka of Sparrows Point and Patapsco’s Paige Bates battle for possession of the ball. 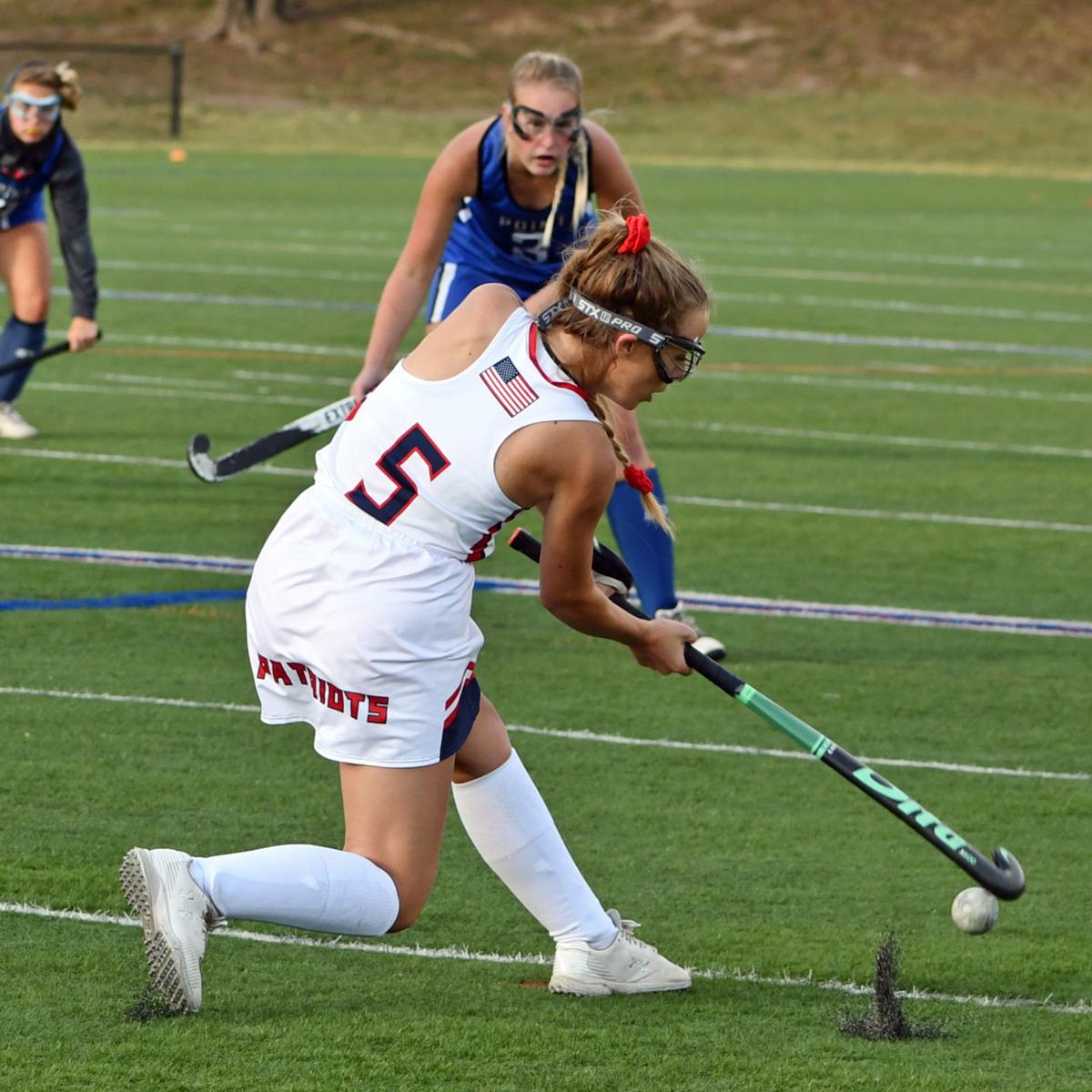 Patapsco’s Maddy Dillon drives the ball during the Patriots’ loss to Sparrows Point. 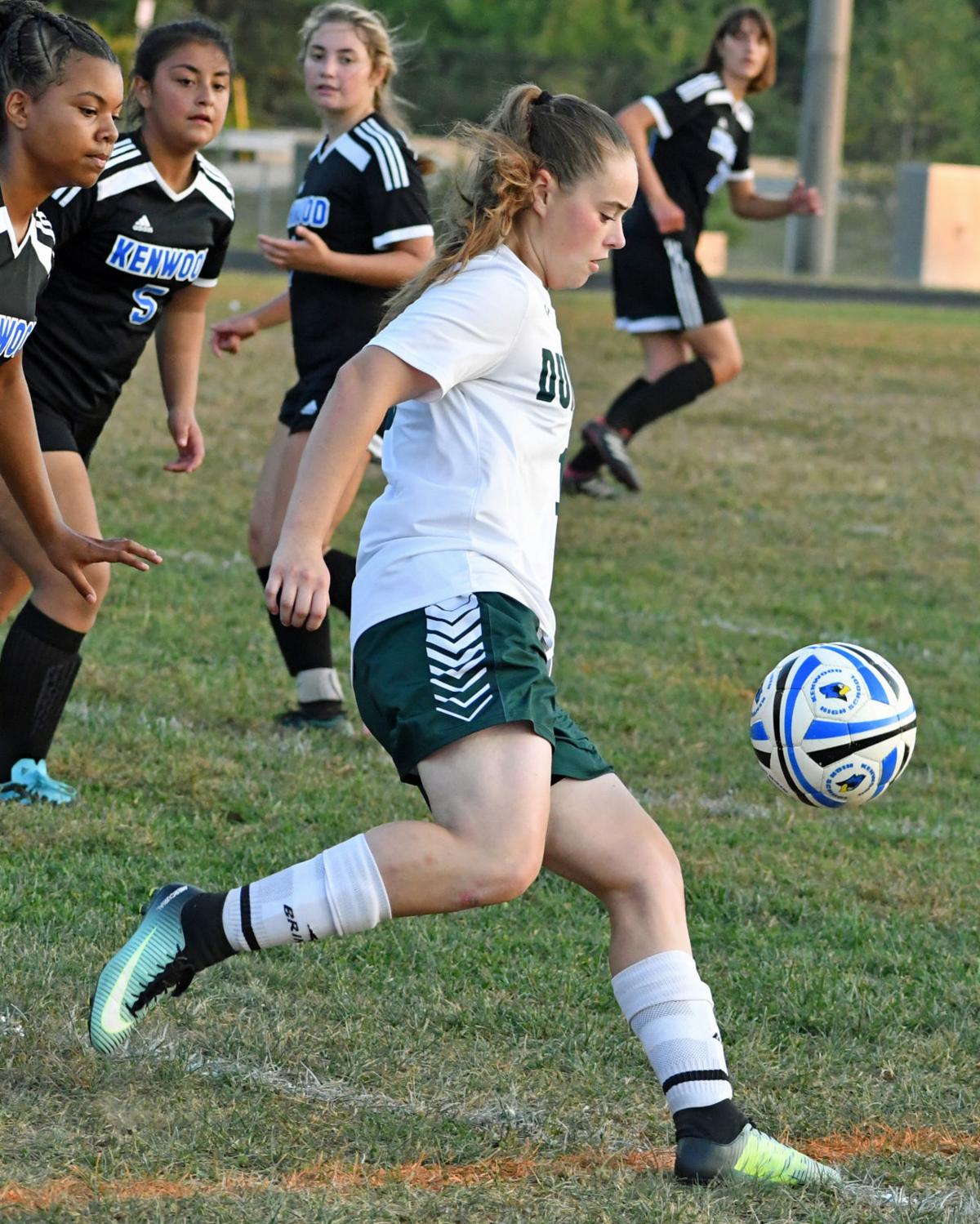 Callie Polanka of Sparrows Point and Patapsco’s Paige Bates battle for possession of the ball.

Patapsco’s Maddy Dillon drives the ball during the Patriots’ loss to Sparrows Point.

The last week of the regular season for soccer and field hockey featured a couple of local rivalries being settled.

The only surprise was in girls soccer, where Dundalk beat Patapsco 2-0 on Monday for its first win over the Patriots ... in a long time.

Abby Francazi scored both goals for the Owls. The first goal was off of a corner kick by Ariana Procopiou.

In boys soccer, Patapsco defeated Dundalk in overtime 3-2 on Monday.

Diego Placido scored for the Patriots, who also were the beneficiaries of an “own goal” by the Owls.

Cameron Brydge scored the game-winner about 40 seconds into overtime.

In girls soccer, six-time defending Class 1A state champion is NOT seeded first in the Class 2A North Region II.

Sparrows Point will host third-seeded Digital Harbor in the second round. Both teams received byes.

Sparrows Point will then either play at Overlea or host Eastern Tech. The winner will move into the state quarterfinals, where the remaining eight teams will be re-seeded.

The winner advances to play at top-seeded Kenwood (10-1).

In boys soccer, Sparrows Point (6-4-1) is seeded fifth in the Class 2A North Region II and was to play at fourth-seeded Patterson (6-4) on Wednesday.

The Pointers will then play at top-seeded Overlea (10-0) before playing at second-seeded Eastern Tech, with the winner advancing to the state quarterfinals and being re-seeded.

In the Class 3A North Region II playoffs, Patapsco (6-5) is seeded fourth and was to host fifth-seeded Aberdeen (5-7) on Wednesday, with the winner advancing to play at top-seeded Kenwood (7-2-2).

In field hockey, Sparrows Point (6-5) is seeded second in the Class 1A South Region I and will host third-seeded Loch Raven (6-5) on Monday after the end of the Patapsco-Towson game. The winner will play at top-seeded Carver A&T.

The winner will play at top-seeded Franklin (8-4).