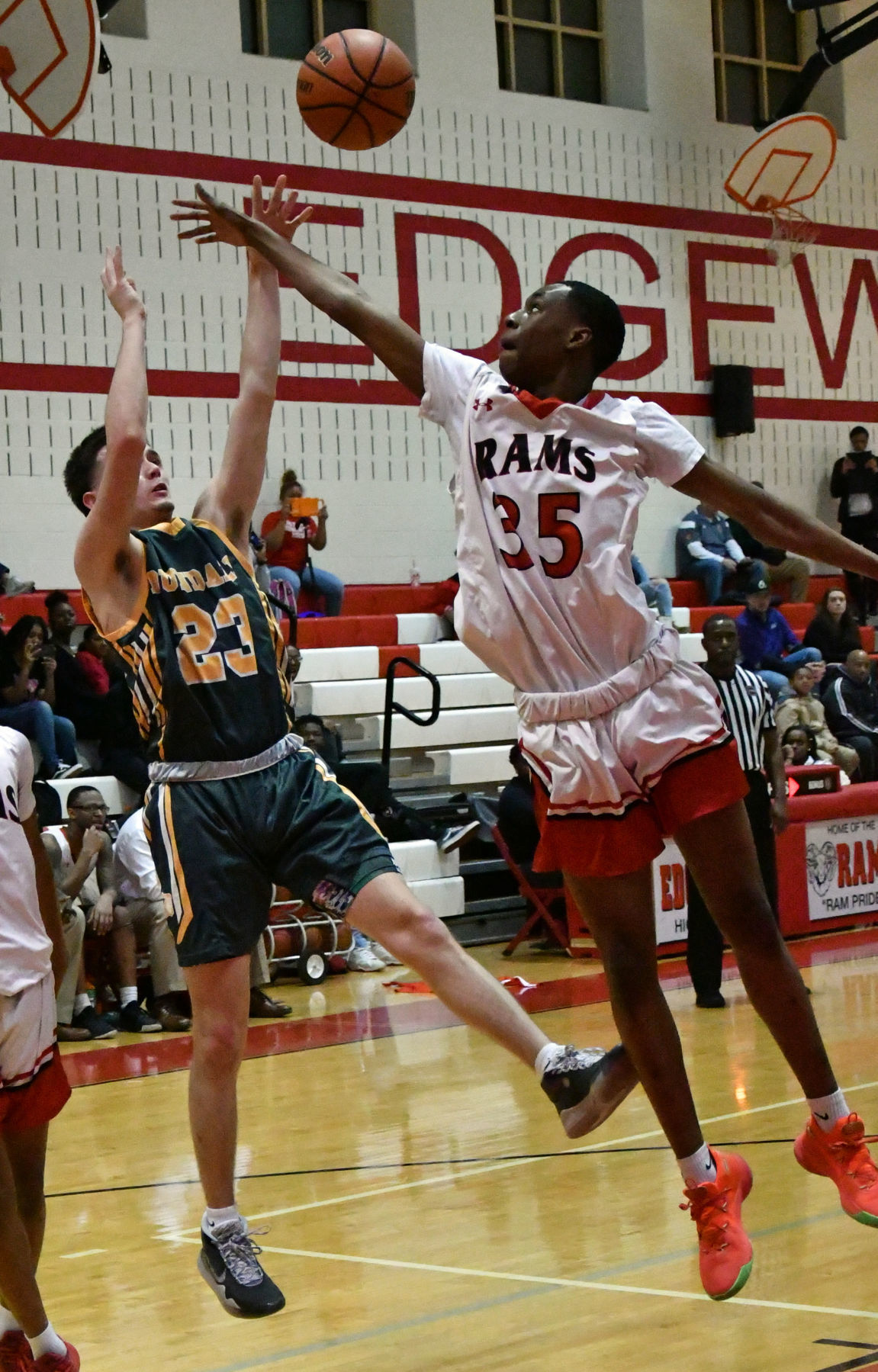 C. J. Trimboli puts up a shot over an Edgewood defender. 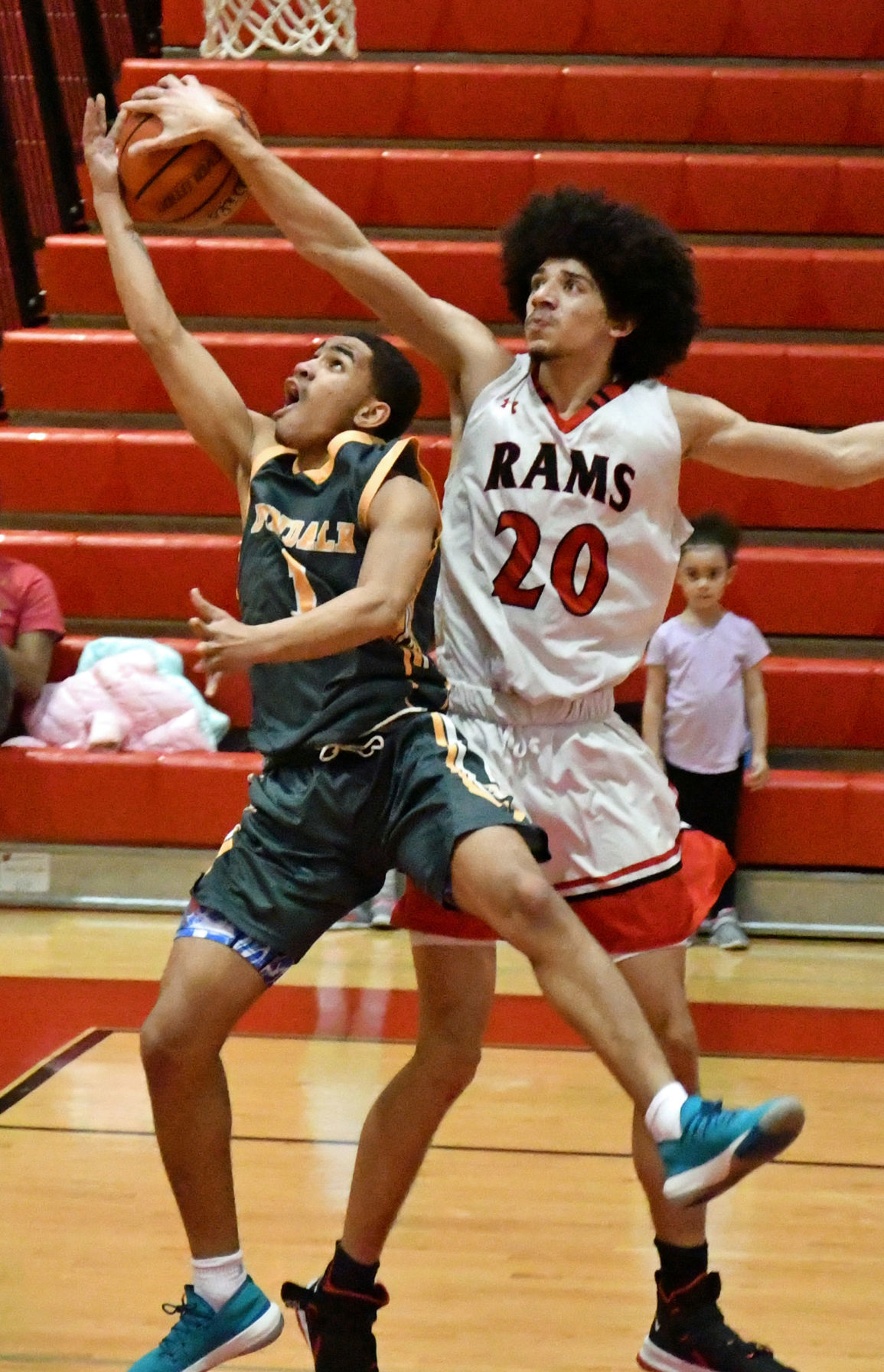 Sean Perry attempts to work his way around a taller Edgewood player. 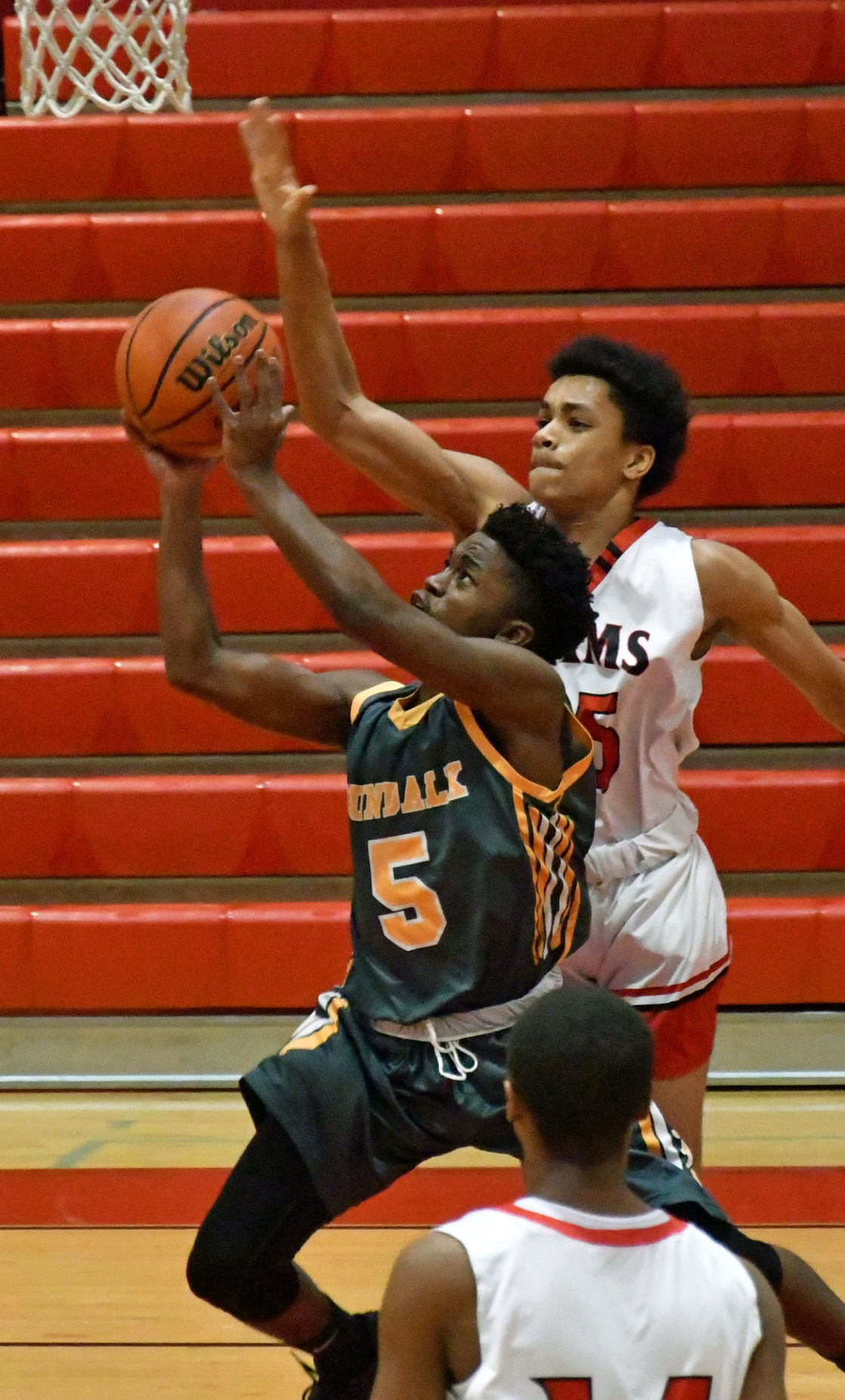 Dundalk ended a rebuilding season with a lopsided playoff loss to an Edgewood team it had made a habit of knocking out of the playoffs.

C. J. Trimboli puts up a shot over an Edgewood defender.

Sean Perry attempts to work his way around a taller Edgewood player.

Dundalk ended a rebuilding season with a lopsided playoff loss to an Edgewood team it had made a habit of knocking out of the playoffs.

The Patapsco boys basketball team threw a scare into Bel Air on Friday in the opening round of the regional playoffs, while Dundalk met an opponent full of pent-up resentment and Sparrows Point enjoyed a day off.

With a potential huge upset brewing, Bel Air rallied with a dominant third quarter to take a 42-41 lead and hold on for a 59-52 win.

“In the first half, we executed our game plan well by putting pressure on their ballhandlers, fronting their big men and getting out and running in transition every chance we could,” Patapsco coach Evan Dougherty said.

The Patriots were also able to get the Bobcats’ best player in foul trouble after Christian Wilson took a charge to give the player his second foul early in the second quarter.

“I don’t think they were quite ready for us in the first half,” Dougherty said. “The crowd was completely stunned at halftime.”

The second half start was delayed by five minutes due to the officials checking the score, which may have killed a little of Patapsco’s momentum.

“We came out a bit flat in the second half and Bel Air made some adjustments which gave us problems,” Dougherty said.

The Bobcats denied Charles Tyner the ball and took him out of the game, while Bel Air’s main player stayed out of further foul trouble and had a big second half.

“We missed some big shots down the stretch,” Dougherty said. “In the end we were still right there but came up a little bit short.

“I’m proud of my guys and the toughness they showed. We have been a team that seemed to get down and battle back all season, but in this game we came out and punched first. Bel Air had to earn every single point and we played our butts off until the buzzer sounded.”

Dundalk (5-14), seeded sixth in Class 3A North Region II, ran into a third-seeded Edgewood (10-10) team that had a grudge over being bounced from the playoffs by the Owls over the past several seasons.

Dundalk put a team on the court that shared little resemblance with the squad that started the season.

Leading scorer Marcus Nicholson (concussion protocol) remained unable to play, two other former starters were no longer with the team, and players called up from the junior varsity received extensive playing time during the game.

Sparrows Point (10-8) the top seed in Class 2A North Region II, had a first-round bye and was to host fourth-seeded Dunbar (9-10) on Tuesday after the Eagle went to press.

A Pointer win will have them host the regional championship game on Thursday against either third-seeded Patterson (11-10) or seventh-seeded Forest Park (3-15).