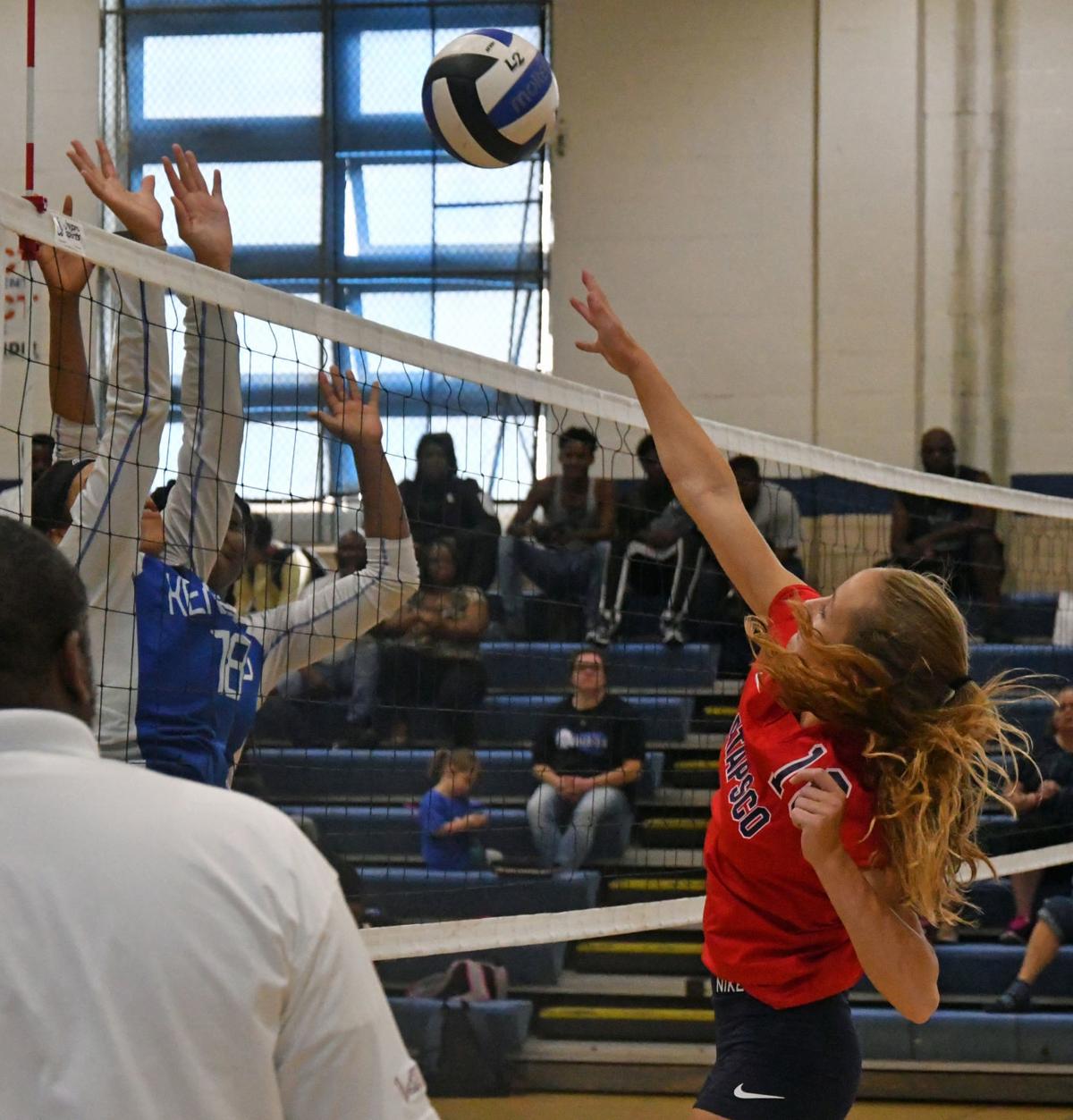 Heather Staudt of Patapsco spikes the ball against Kenwood. 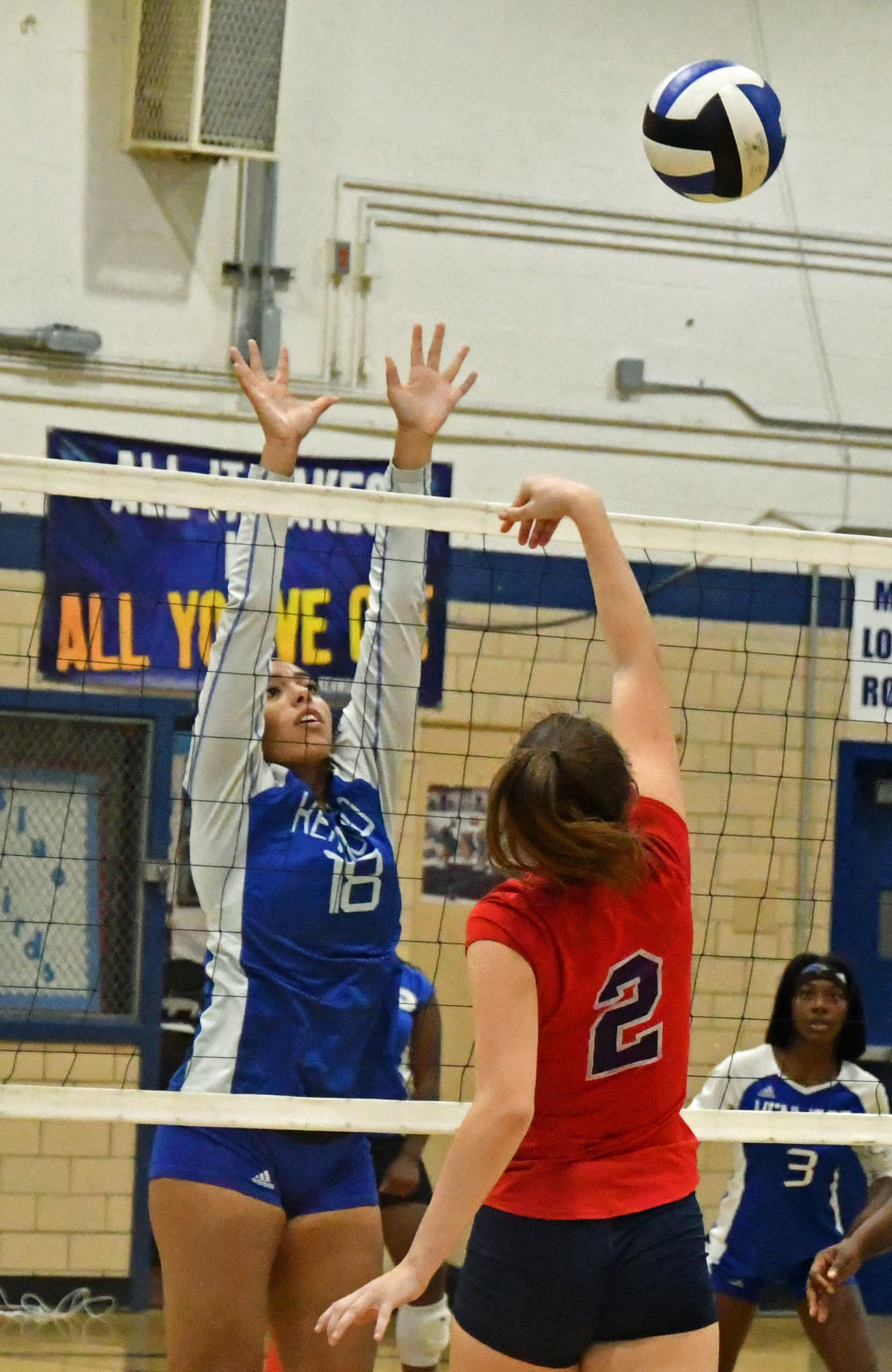 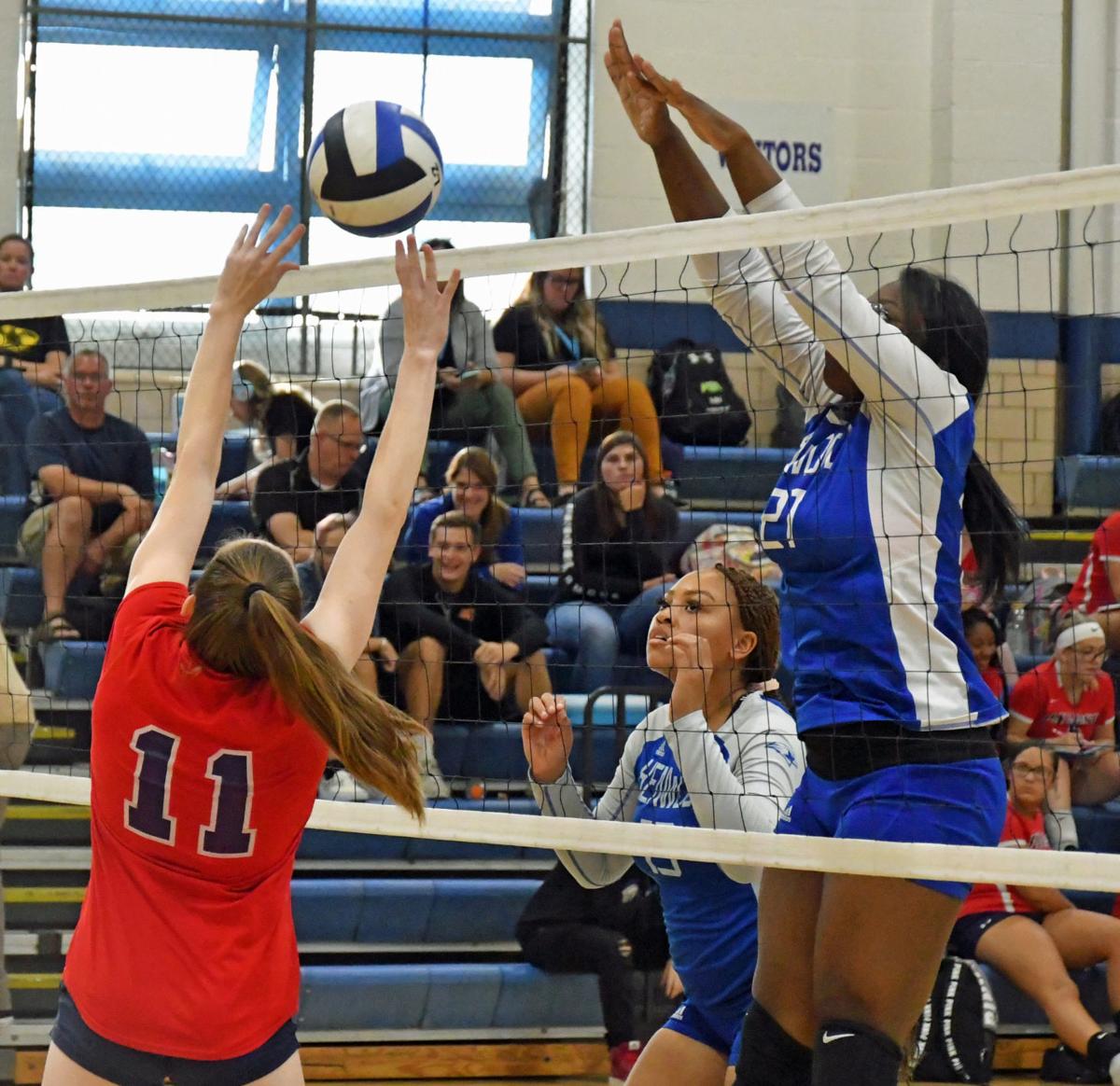 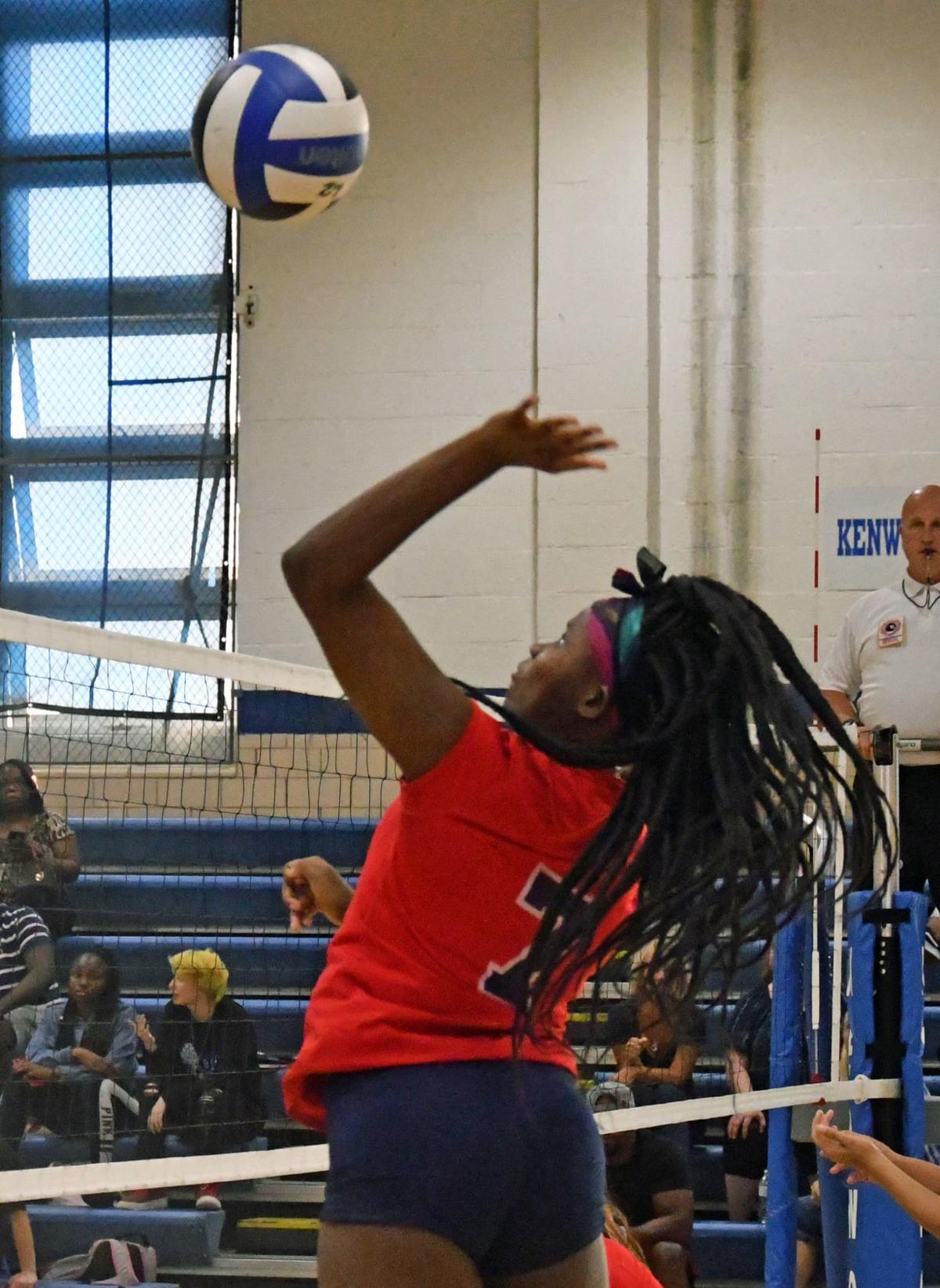 Patapsco’s Maddy Crawley goes up for a spike during the loss to Kenwood. 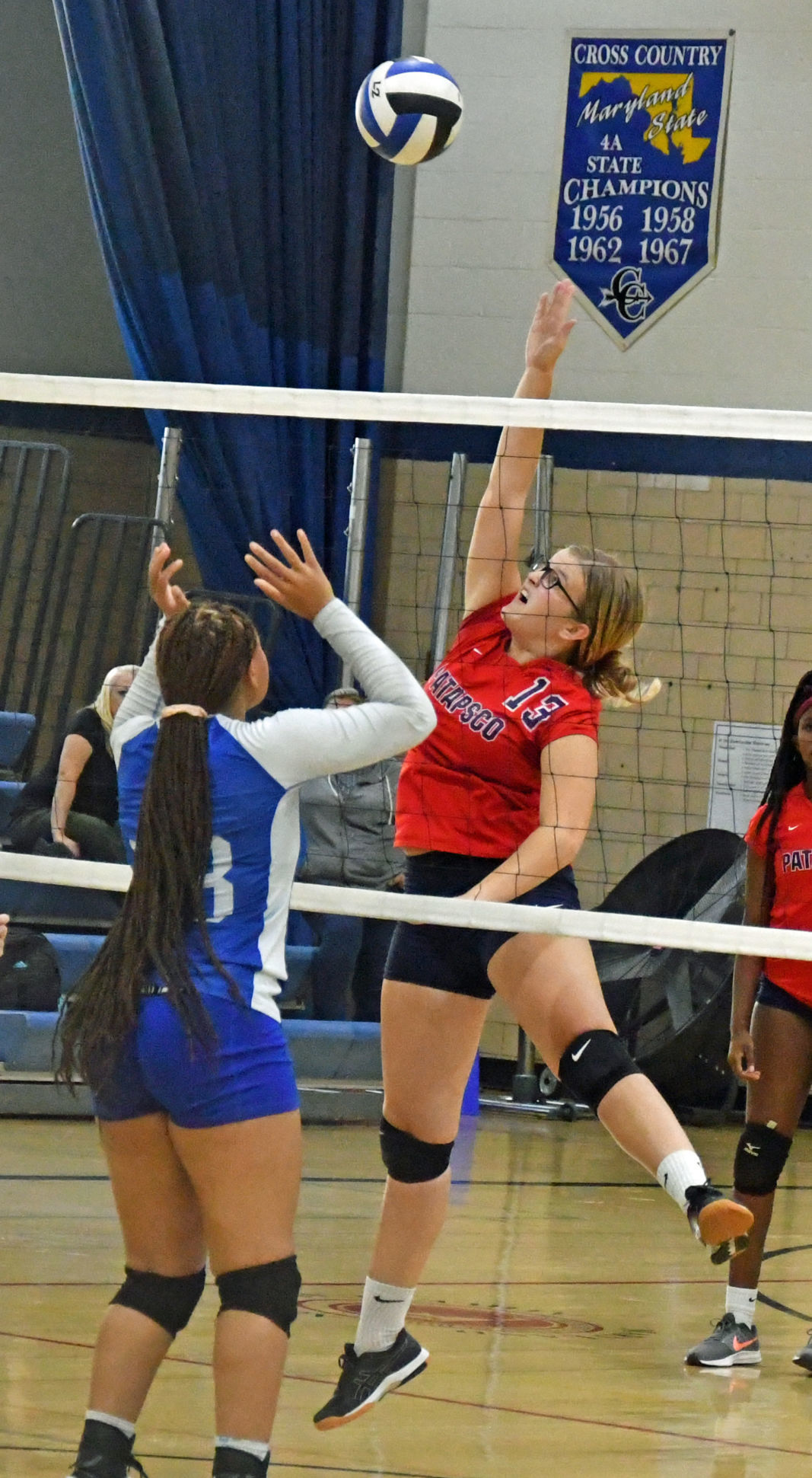 Patapsco’s Evelyn Sibiski goes up for a spike against Kenwood.

Heather Staudt of Patapsco spikes the ball against Kenwood.

Patapsco’s Maddy Crawley goes up for a spike during the loss to Kenwood.

Patapsco’s Evelyn Sibiski goes up for a spike against Kenwood.

Patapsco led in all three sets and held large leads late in both the first and third sets.

“Had we won the first set, I think the match would have turned out different,” Patapsco coach Eric Rogers said. “We got stuck in a rotation where we struggled with their serves. [Kenwood] has quite a few good servers on their team.”

Morgan Hug served four points to start the Patriot surge, and Morgan Dennis provided key points at the net with a dink, a block and a spike.

But after a Jewels Riddle spike made it 21-12, a service error sparked the Bluebirds.

The Patriots couldn’t take advantage of the opportunity, losing the serve immediately. Another Kenwood unforced error on a spike attempt had Patapsco serving while ahead 23-21, but again the Patriots couldn’t hold serve and the Bluebirds scored three straight points to win the set.

Serving with a 23-17 lead, Patapsco lost the serve on a block by Kenwood’s Raven Richardson, and the Bluebirds’ Christin Youngblud served out the match with seven straight points.

An eight-point run earlier in the set helped Patapsco to its lead.

With Dennis serving, Evelyn Sibiski had two blocks and a spike during the Patriot surge.

The second set was close from start to finish, and featured a questionable call that hurt Patapsco.

With Kenwood leading 22-21, an errant pass sent the Bluebirds dashing out of bounds in an attempt to retrieve the ball and send it over the net.

The ball fell on the Patapsco side of the court, but the Patriots felt it had gone outside the posts while traveling over the net.

The officials left it up to the line judge to make the call, and she ruled it passed inside the post.

Instead of the set being tied 22-22 with Patapsco serving, Kenwood led 23-21 with the serve. Two quick points ended the set.

The loss was the first of the season for Patapsco (3-1).

“”We’ve had a strong season so far, and I don’t think its going to stop.”

Dundalk played at Kenwood on Friday and lost in four sets.