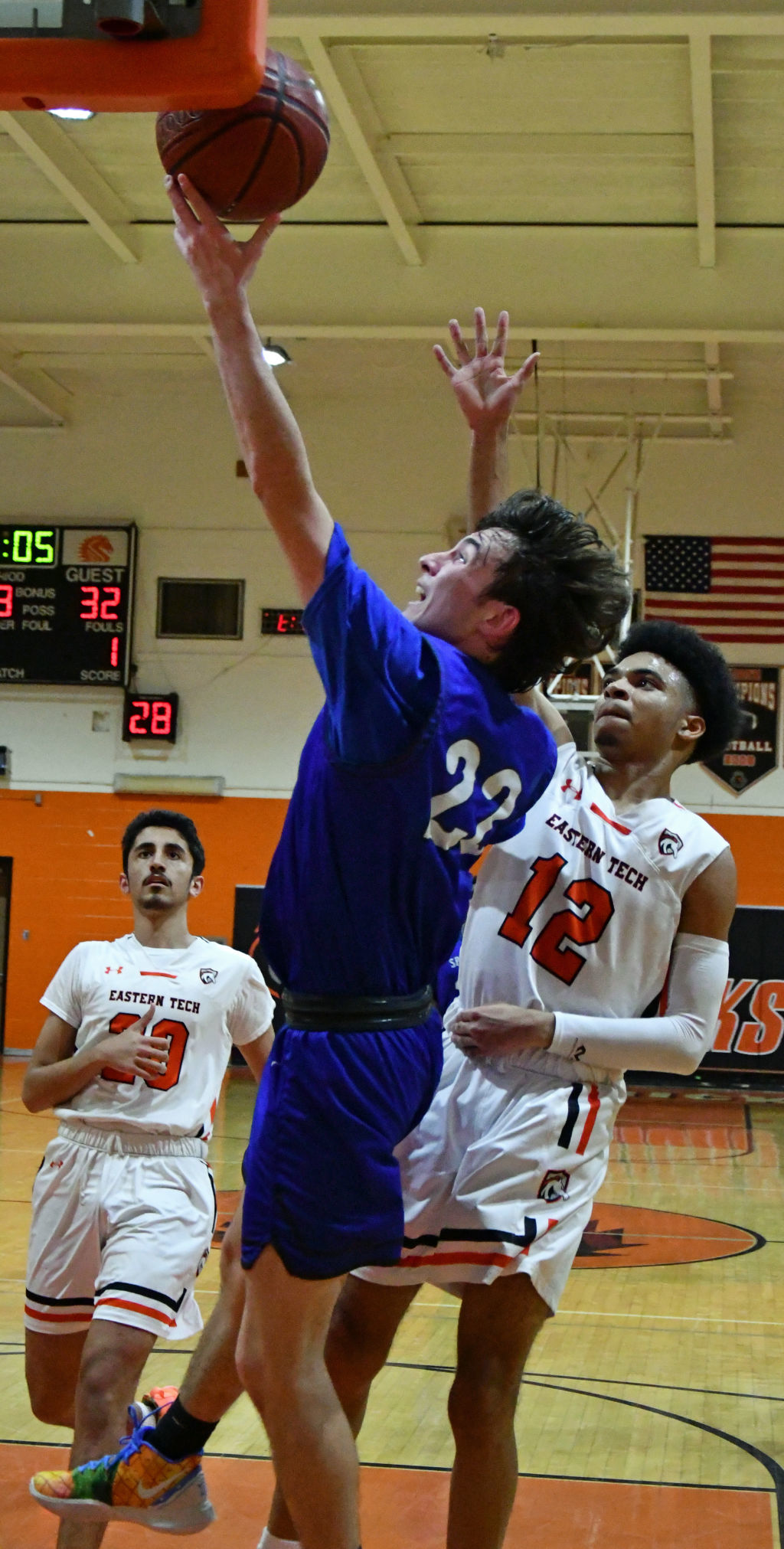 Peyton Conn drives to the basket during the loss to Eastern Tech. 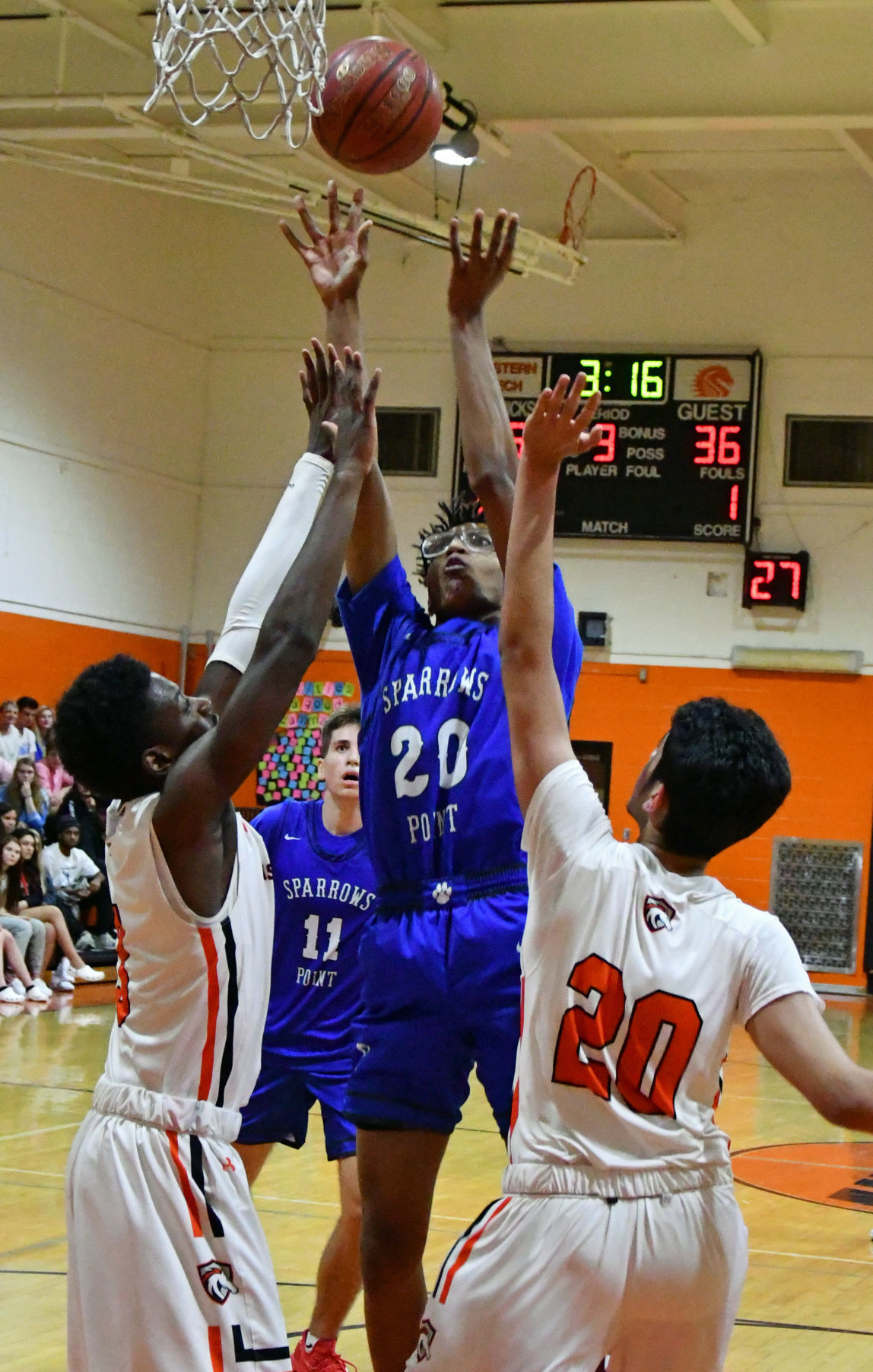 Andre Stallings puts in two of his eight points against Eastern Tech. 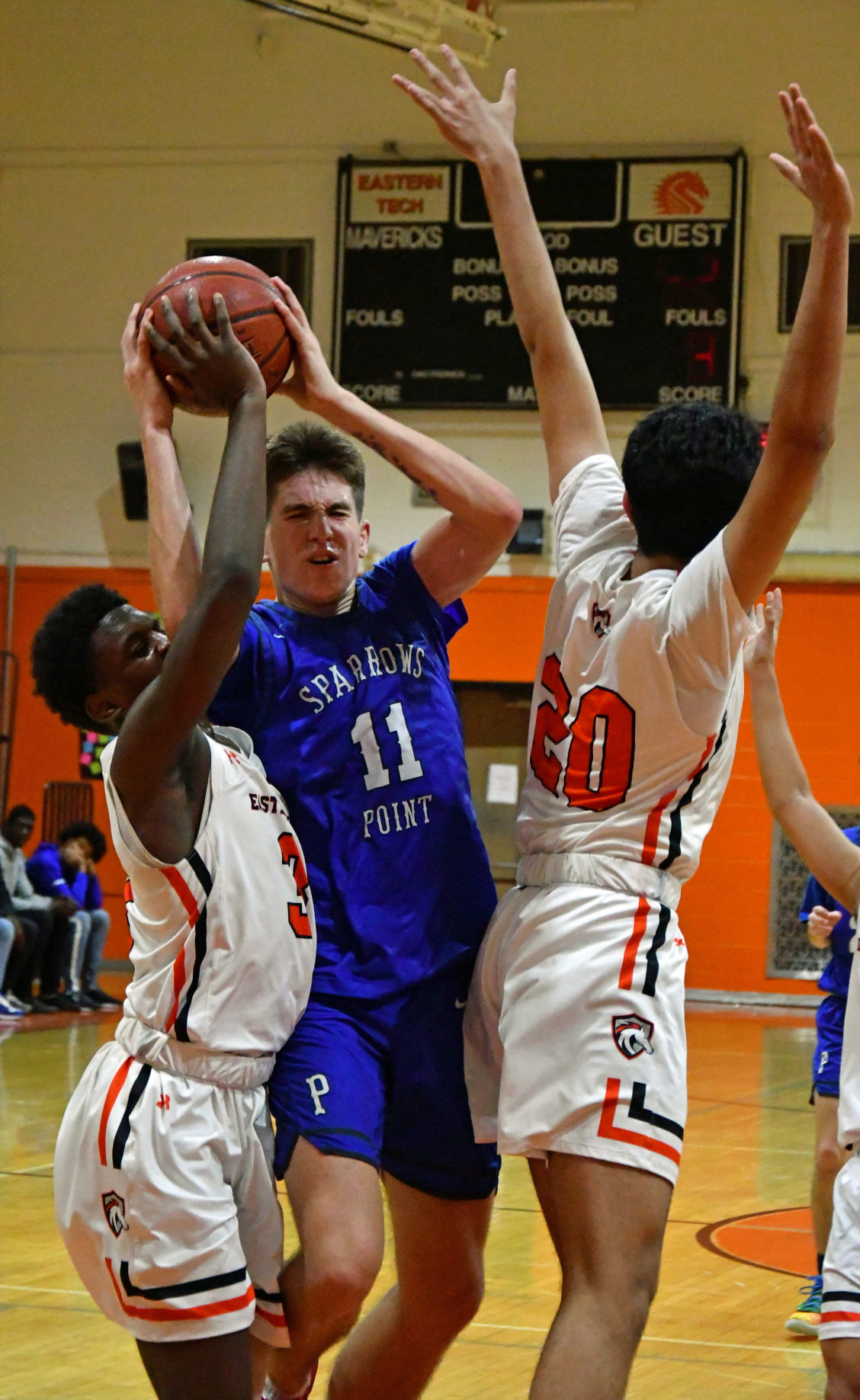 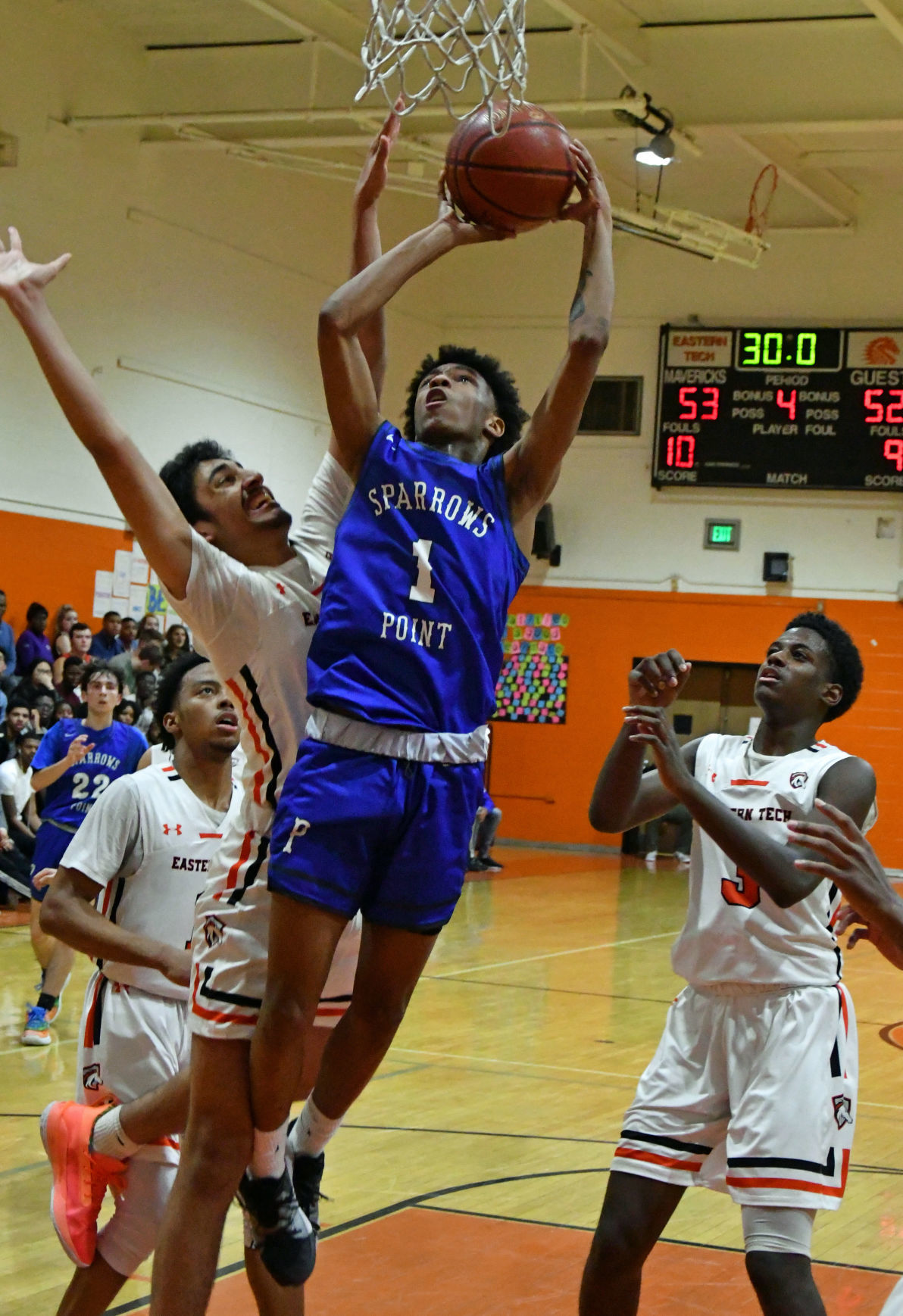 Nijiere Brogden goes up for a late shot that would have given Sparrows Point the lead, but the ball rimmed out.

Peyton Conn drives to the basket during the loss to Eastern Tech.

Andre Stallings puts in two of his eight points against Eastern Tech.

Nijiere Brogden goes up for a late shot that would have given Sparrows Point the lead, but the ball rimmed out.

Opportunity after opportunity presented itself to the Sparrows Point boys basketball team. And the Pointers let each one slip through their grasp.

Trailing by one point with just under two minutes remaining at Eastern Tech on Friday, Sparrows Point had five chances to get the game-ahead and potentially winning basket.

None dropped, leaving the Pointers with a 53-52 loss to the Mavericks.

(Okay, officially 54-52. Eastern Tech added a free throw with about eight-tenths of a second remaining in the game.)

The most punishing came with about 30 seconds left to play. Nijiere Brogden got free for an open shot in front of the basket and put up a short jumper that looked like it was going to bounce in, but circled the rim and then spun out.

Sparrows Point controlled the rebound, but the ball slipped free and went out of bounds to Eastern Tech.

The Pointers fouled, and the Mavericks cooperated by missing both free throws and the rebound going to Sparrows Point with about 20 seconds remaining.

Sparrows Point called a timeout with 13 second left to set up a play. This was a drive to the basket and a miss; the Pointers should have secured the rebound, but couldn’t secure the ball.

Another foul, two more missed free throws by the Mavericks, but this time the rebound went to a jump ball — and the possession arrow was pointed toward Eastern Tech.

Game over (after the Pointers put the Mavericks on the line one last time, and this time the Mavericks managed to make one of the foul shots).

Sparrows Point (4-2) had led 52-48 with 3:30 remaining in the game after Peyton Conn sank one of two free throws, but the Pointers never scored again.

In fact, Sparrows Point’s last field goal came with 6:40 left to play — a jumper by Ramon Villanueva that gave the Pointers a 47-42 lead.

Sparrows Point missed its last 11 shots from the floor.

Eastern Tech’s defense had something to do with that: the Mavericks upped the pressure and forced six turnovers over the last six minutes.

But the Pointers also made some curious decisions on the floor, with shorter players driving to the basket against a Maverick lineup that included four players between 6-foot-4 and 6-foot-6.

The game was tight from start to finish, with neither team leading by more than two possession except for a few instances when the Pointers had a five-point lead.

There were eight lead changes and five ties. Still, for the first three quarters, there was a sense the game was going Sparrows Point’s way.

Sparrows Point took the largest lead of the game, 43-37, on a layup by Villanueva with one minute remaining in the third quarter.

Villanueva again carried the scoring burden for Sparrows Point, finishing with a game-high 29 points. Nineteen of his points came in the first half, and he was a perfect nine-for-nine from the free throw line.

That made him unique in this game: the rest of the Pointers shot six-for-13 from the line, while the Mavericks were seven-for-18.

Dundalk (3-1) lost at Edgewood on Monday in overtime, 60-58. The Owls do not have another home game until January 15 against Patapsco.

The Patriots (3-4) broke a three-game losing streak with a 62-61 win at Franklin on Monday. Patapsco was to host Parkville on Wednesday.