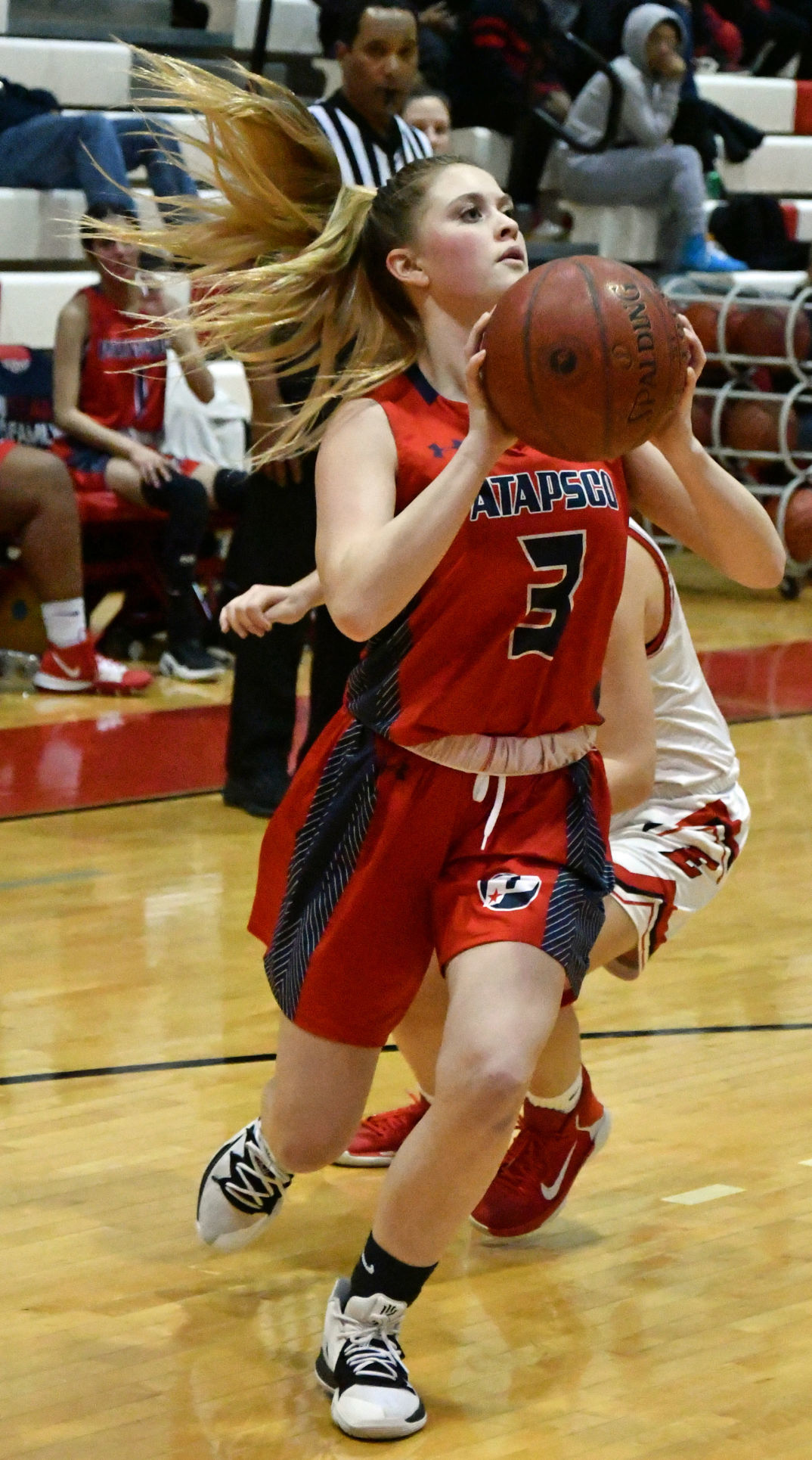 Katelyn Jarvis prepares to launch a shot during the playoff game at Edgewood. 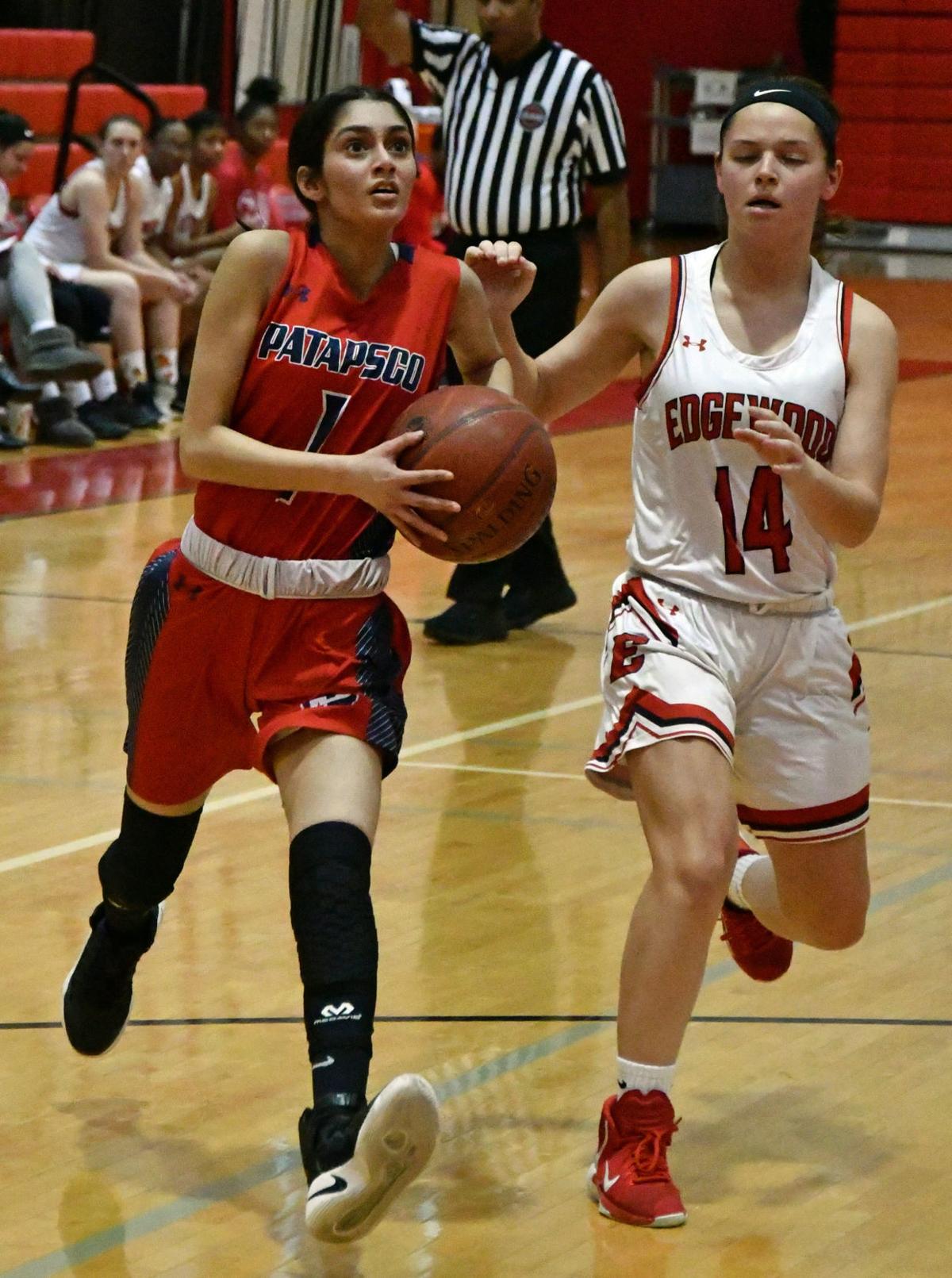 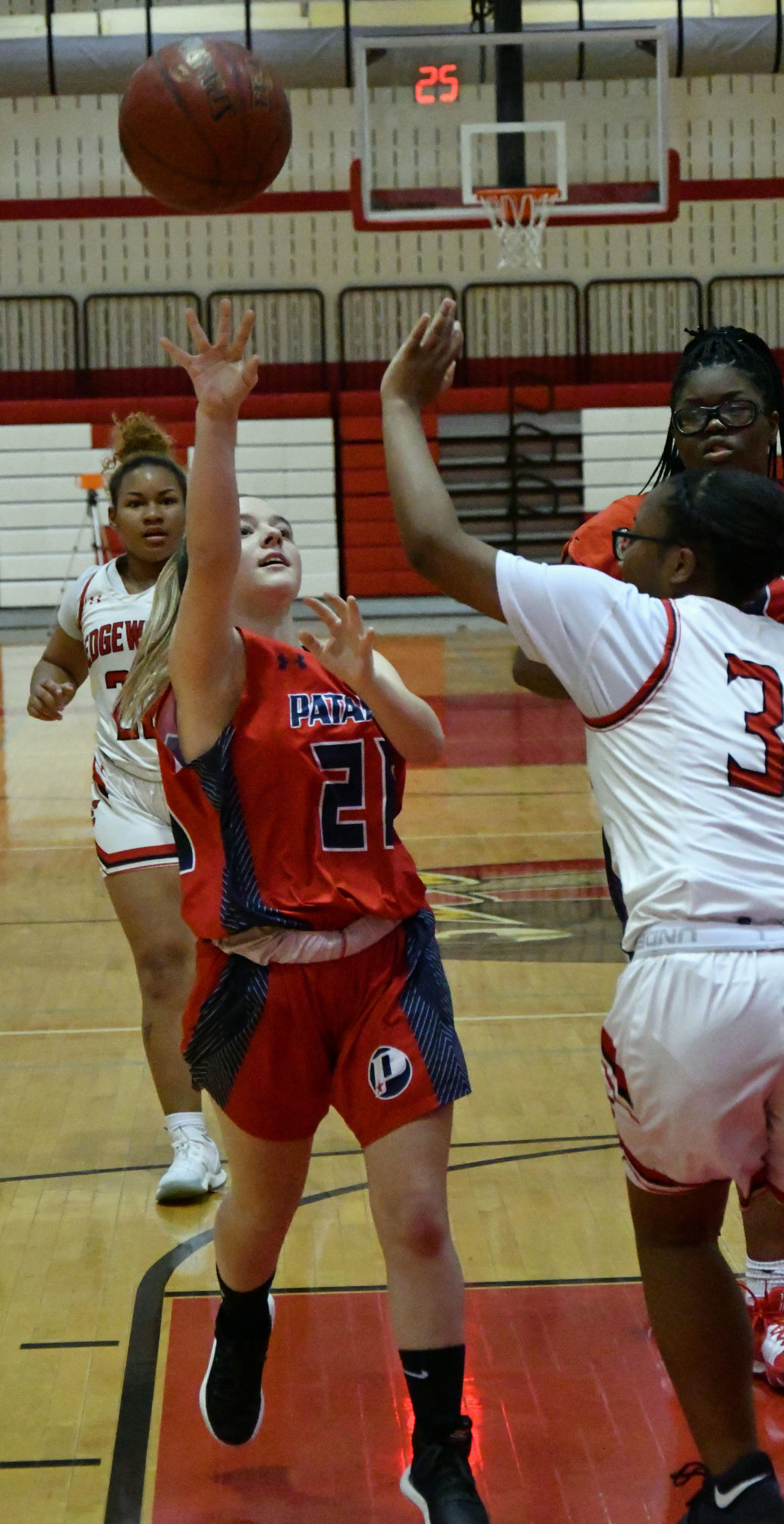 Evelyn Mirabile drives to the basket against Edgewood. 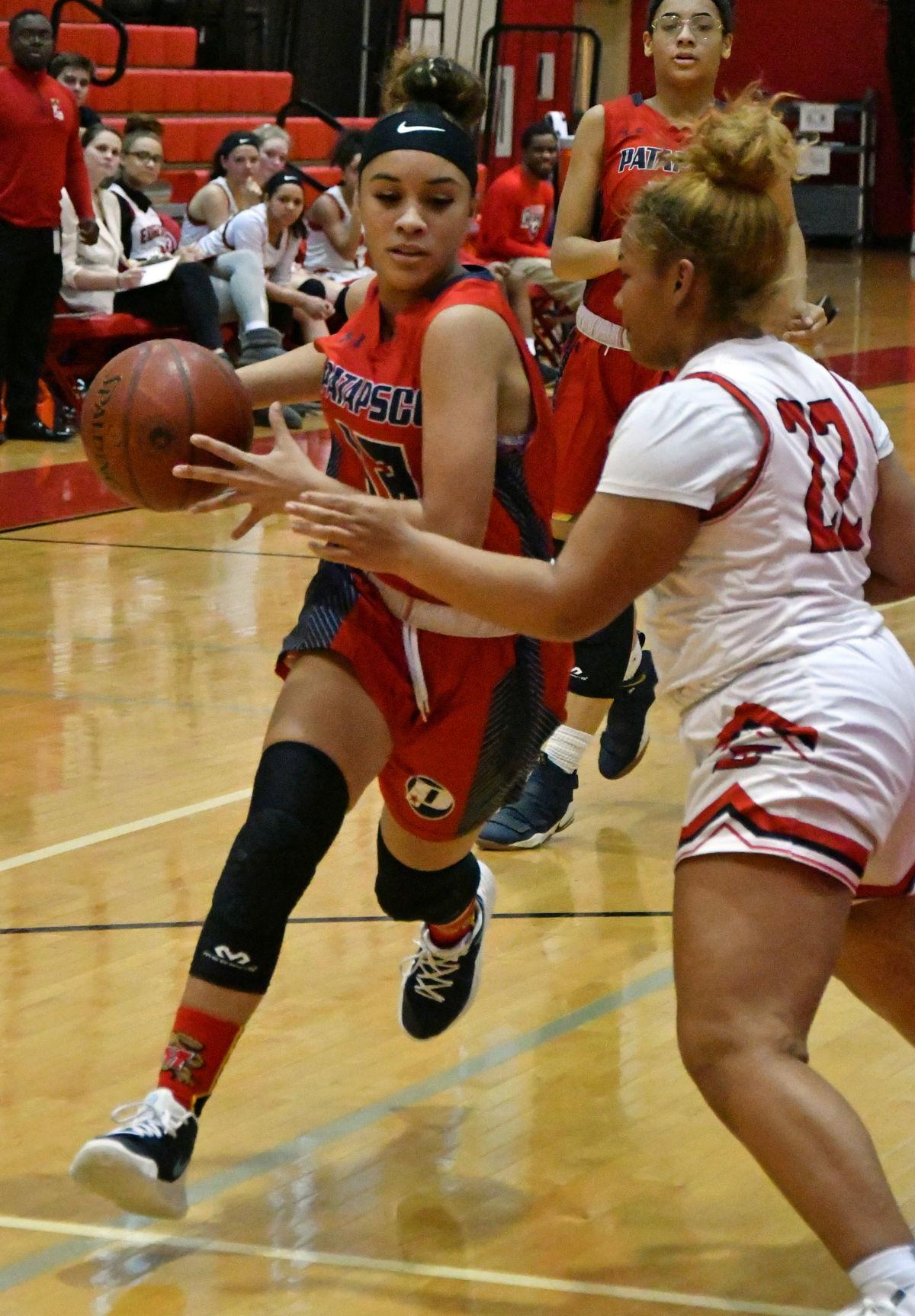 Kayla Santiago looks for an opening past an Edgewood defender.

Katelyn Jarvis prepares to launch a shot during the playoff game at Edgewood.

Evelyn Mirabile drives to the basket against Edgewood.

Kayla Santiago looks for an opening past an Edgewood defender.

The Sparrows Point girls basketball team entered the Class 2A North Region II playoffs with a 1-17 record with that victory coming against winless Dundalk.

The Pointers are 2-0 in the postseason after beating — on the road — teams with a combined 19 wins.

This is what’s called “peaking at the right time.”

“All of our losses have helped give us the preparation we needed going into the playoffs,” Sparrows Point coach Sarah Hazelton said. “And, at some point, you just get tired of losing.

“We’re giving it our all, and leaving everything on the floor.”

Sparrows Point opened on Friday at third-seeded Dunbar (10-8) and won 37-30. The Pointers then played at second-seeded Carver Vo-Tech (9-6) on Monday and whipped the hosts 61-29.

It was not only Sparrows Point’s highest point total of the season; the Pointers’ previous high was the 37 scored against Dunbar.

After scoring 19 points in the first half, Sparrows Point exploded behind Ava Johnson and Molly Shelly in the fourth quarter.

There was also some strategy employed by Hazelton.

“Their two best players had four fouls entering the fourth quarter,” Hazelton said. “I told our girls to be aggressive and to take it to them. They both fouled out.”

Prior to the Dunbar game, Hazelton didn’t anticipate making a playoff run. Being 1-17 and all.

“I didn’t want to doubt the girls, but based on how the season had went?” she said. “But as I kept telling them, anything is possible. Believe in yourself, because I believe in you.

“Any team can be beaten on any given night.”

Sparrows Point was to play at top-seeded Forest Park (16-2) on Wednesday. The winner is the Class 2A North Region II champion and advances to the state quarterfinal round, where the eight teams will be re-seeded according to regular-season record.

Forest Park defeated Chesapeake 71-36 in its regional semifinal after a first-round bye.

“We definitely need to box out, execute basic fundamentals against Forest Park,” Hazelton said. “We need to pass, be aggressive, play as a team.”

Trailing 25-19, Patapsco got hit by a scoring drought that saw the Patriots outscored 21-2 over a 10-minute stretch.

By the time Morgan Dennis hit a three-pointer with 4:48 remaining in the game, Patapsco trailed 46-24.

The basket by Dennis, along with a three-pointer by Jessie Kaur, did ignite a late Patapsco run to make the final score respectable.

Kaur finished with 12 points, while Kayla Santiago had 10 and Dennis scored six.