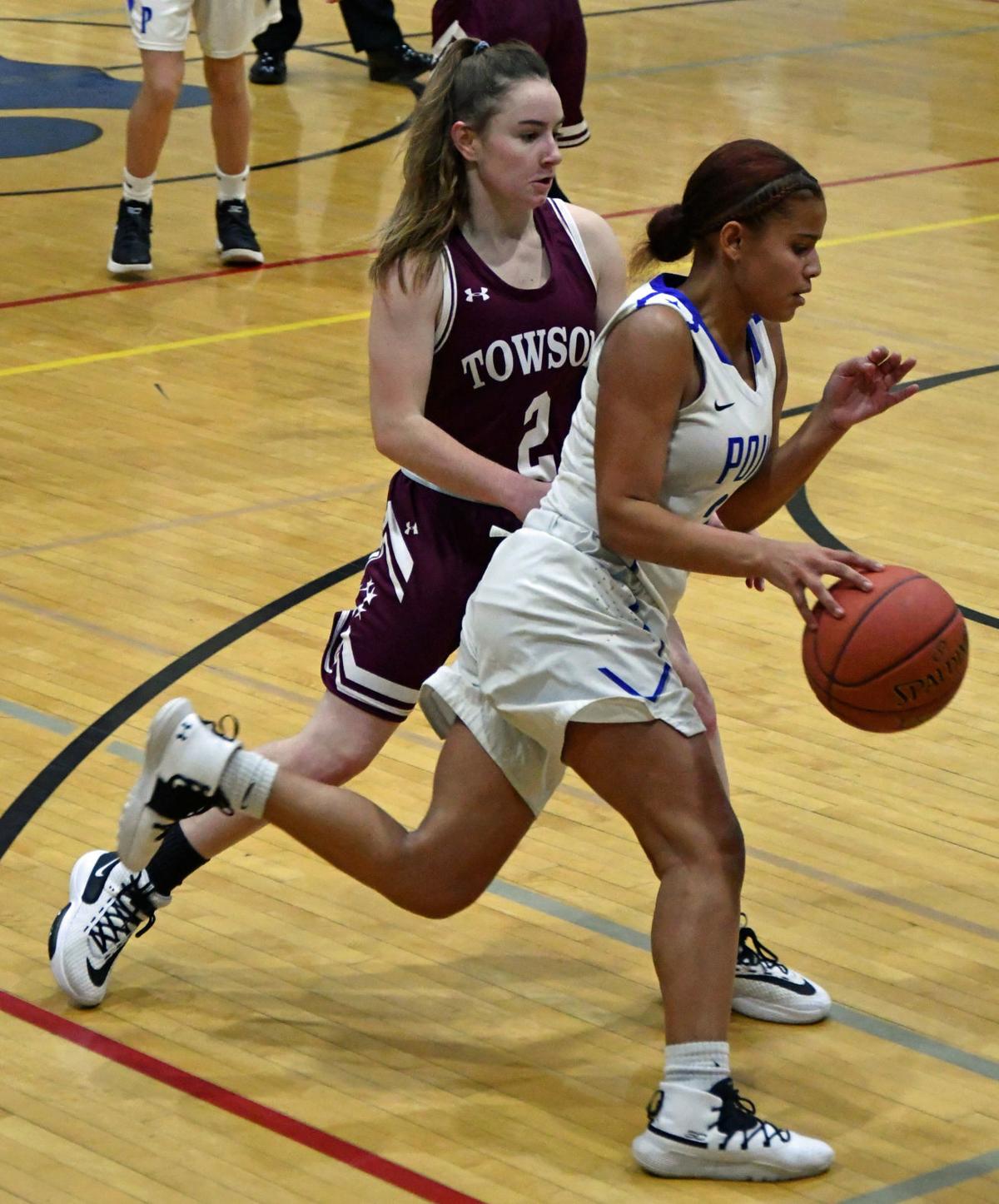 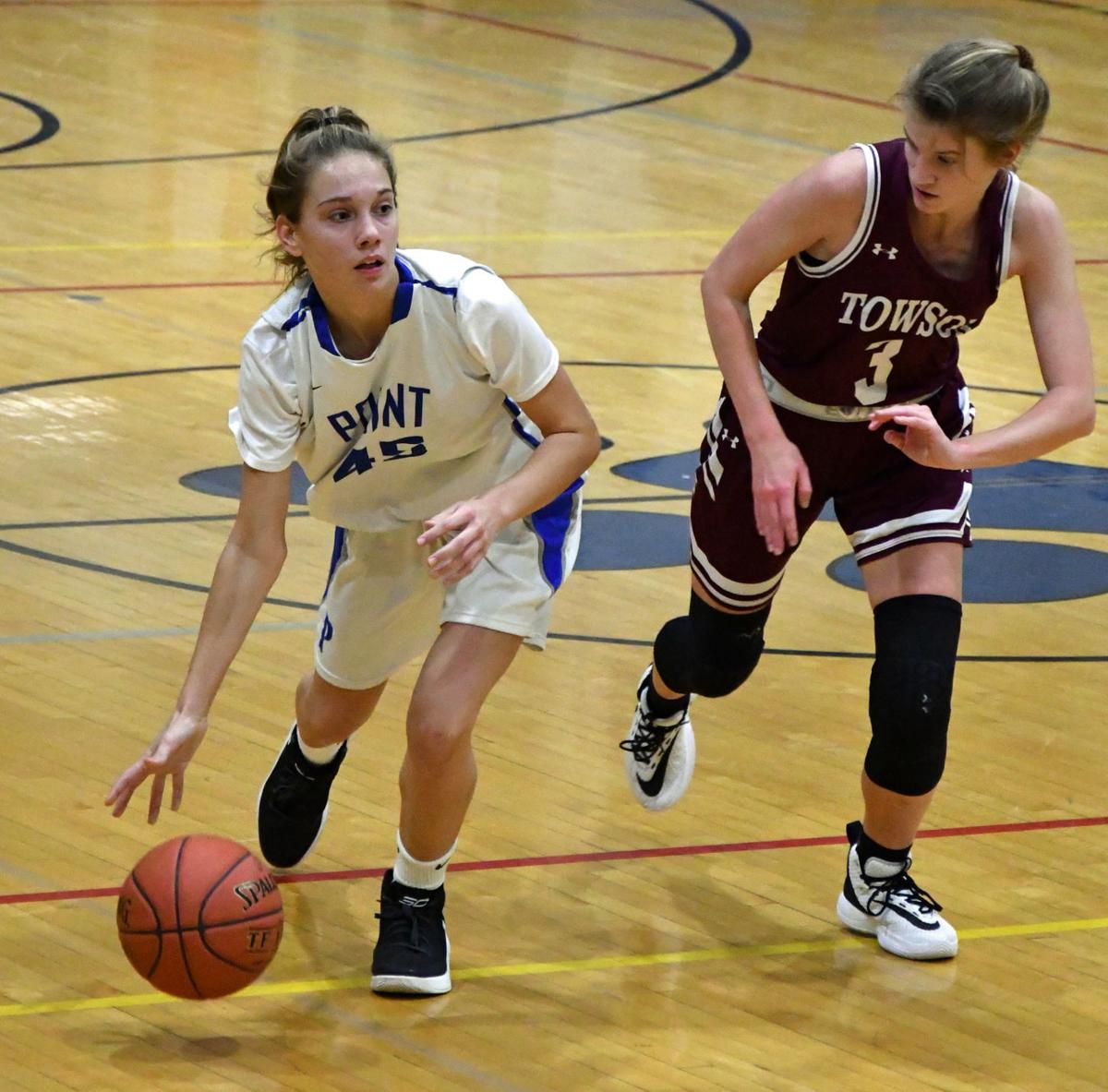 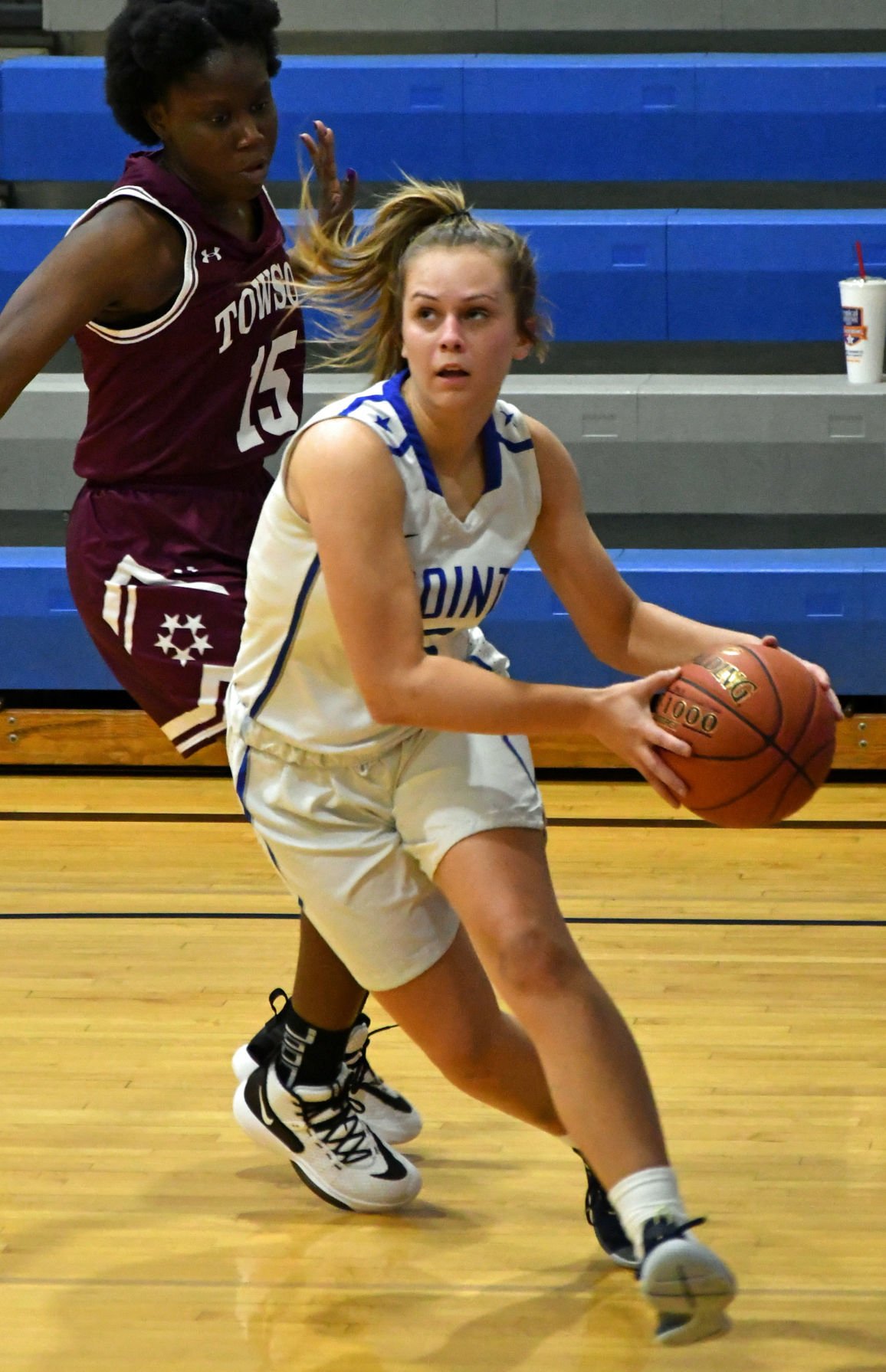 Ava Johnson drives to the basket for two of her team-high 13 points against Towson.

Mackenzie Lookingland puts up a short jumper during the loss to Towson. 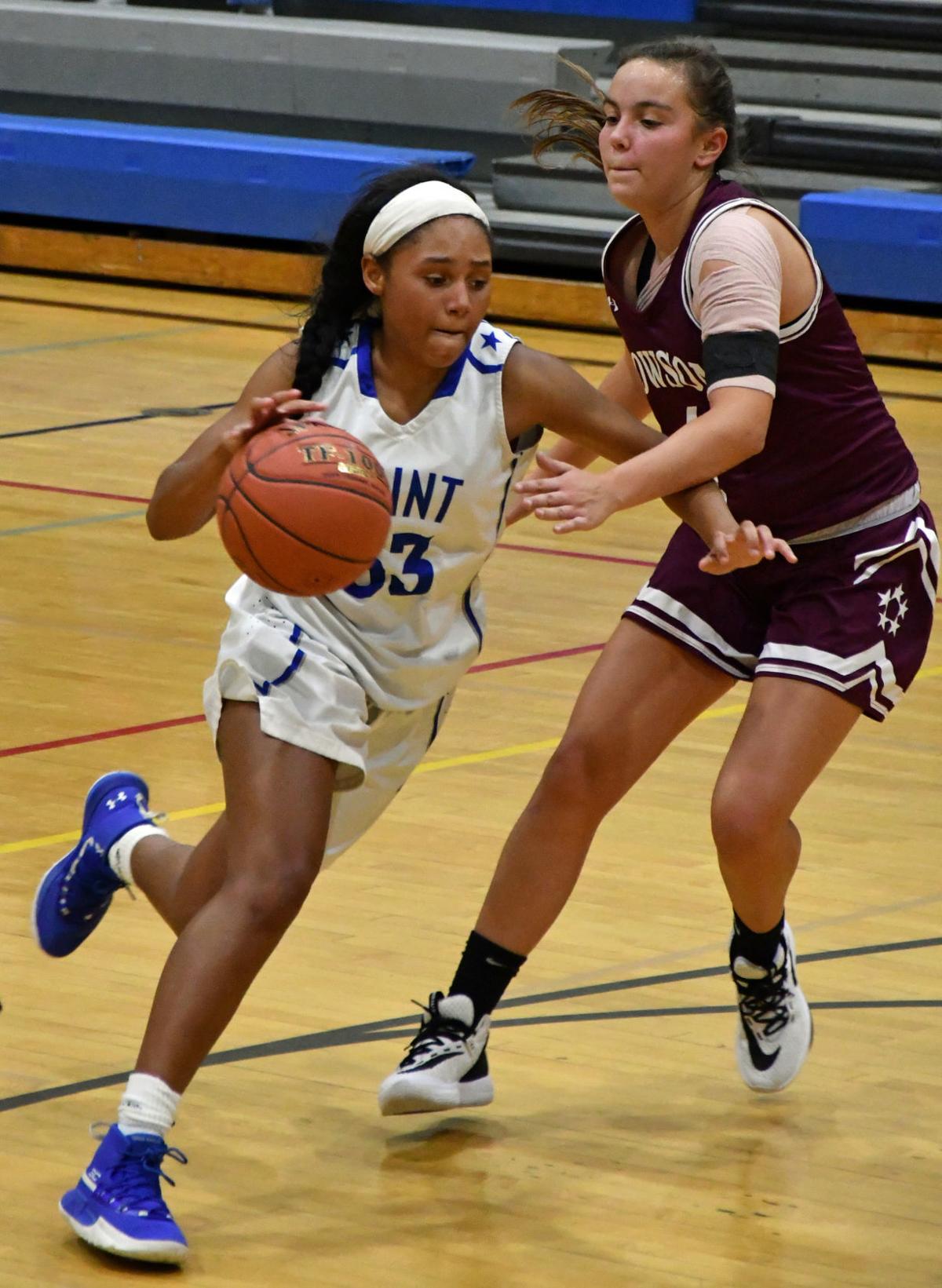 Rachel Walpole begins her drive to the basket.

Ava Johnson drives to the basket for two of her team-high 13 points against Towson.

Mackenzie Lookingland puts up a short jumper during the loss to Towson.

Rachel Walpole begins her drive to the basket.

After losing several key players to graduation, the Sparrows Point girls basketball team is off to an expected slow start to the season.

“We’re young, and have no seniors,” first-year head coach Sarah Hazelton said. “We don’t have a lot of basic fundamentals.”

“The team shows potential and we’re working on fundamentals, teamwork,” Hazelton said. “We just need to get some wins, keep building on that.

“We’re looking to get some size next year. We have a lot of speed in the backcourt, but our inside is what really hurts us. We don’t get a lot of second shots.”

The disadvantage of size was particularly blatant against Towson, as the Generals starting lineup featured three players taller than everyone on the Pointer roster.

Those three dominated the game, becoming powerful obstacles every time the Pointers tried to drive to the basket or put up jumpers in the paint.

Sparrows Point trailed 29-11 at the half, before the Generals decided to extinguish any hope of a Pointer rally by scoring the first 14 points of the third quarter and entering the fourth quarter with a 49-15 lead.

Towson eased its foot off the gas in the fourth period, enabling Sparrows Point to “win” the quarter, 14-5.

“We moved the ball much better at the top [against Towson],” Hazelton said. “We were getting the shots. We weren’t making them, but we were getting shots.”

“We were outsized. We tried to sandwich them on the block, double them. Sometimes it worked. We need to box out a little better.”

“I’m optimistic; we have some talent,” Hazelton said. “We have potential, definitely with speed in the backcourt. We’re growing, and we have a lot of potential coming our way.”

That speed in the backcourt is mainly from Daun’sha Jones and Rachel Walpole.

Sparrows Point was to play at Overlea on Wednesday, then returns from the break on Jan. 3 against visiting Eastern Tech.

Patapsco (0-1), which has not played since opening day, was to play at Chesapeake on Wednesday and then at Parkville on Jan. 8.

The Owls were to host Pikesville on Thursday and play at Franklin on Friday.