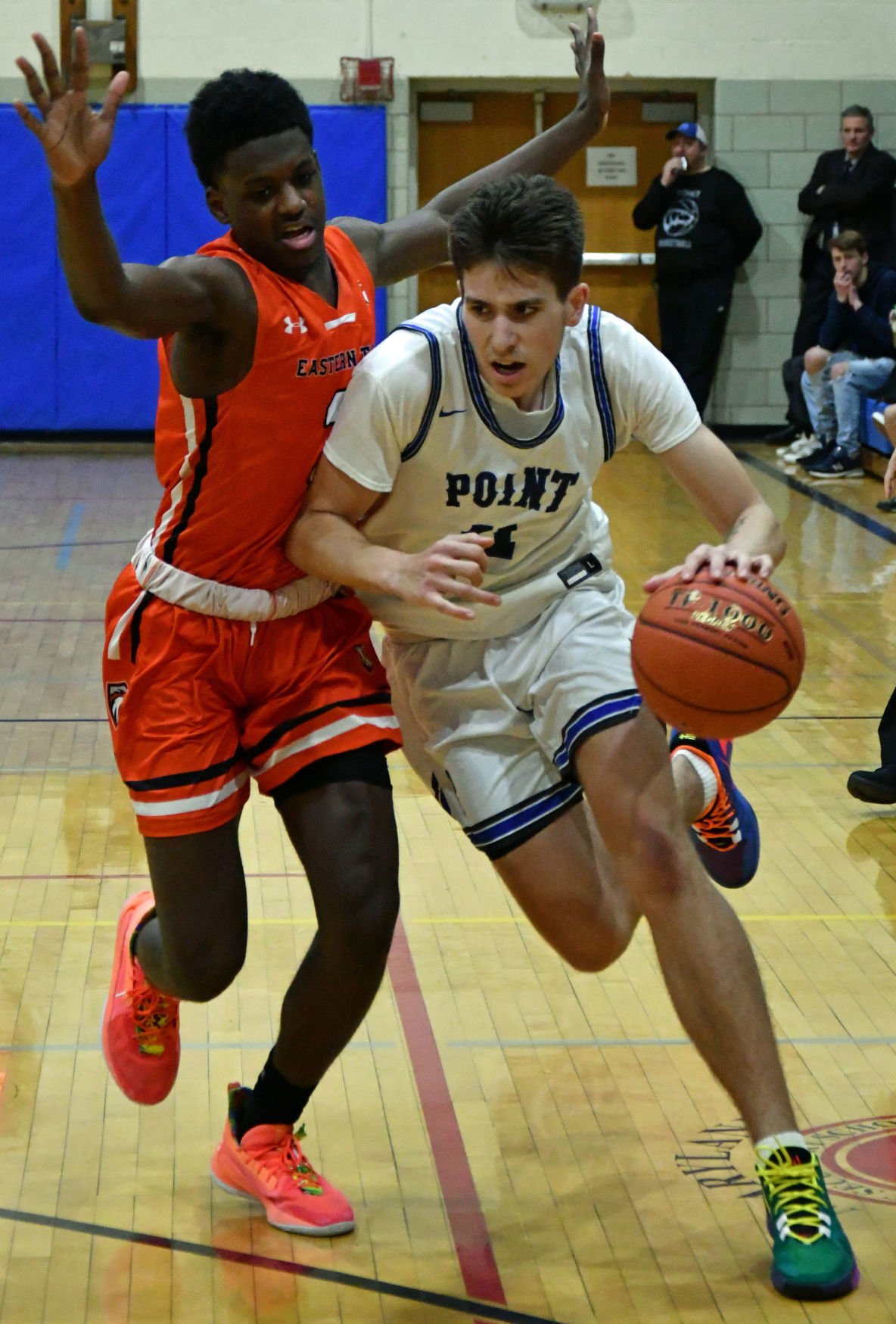 Ramon Villanueva drives to the basket against Eastern Tech. 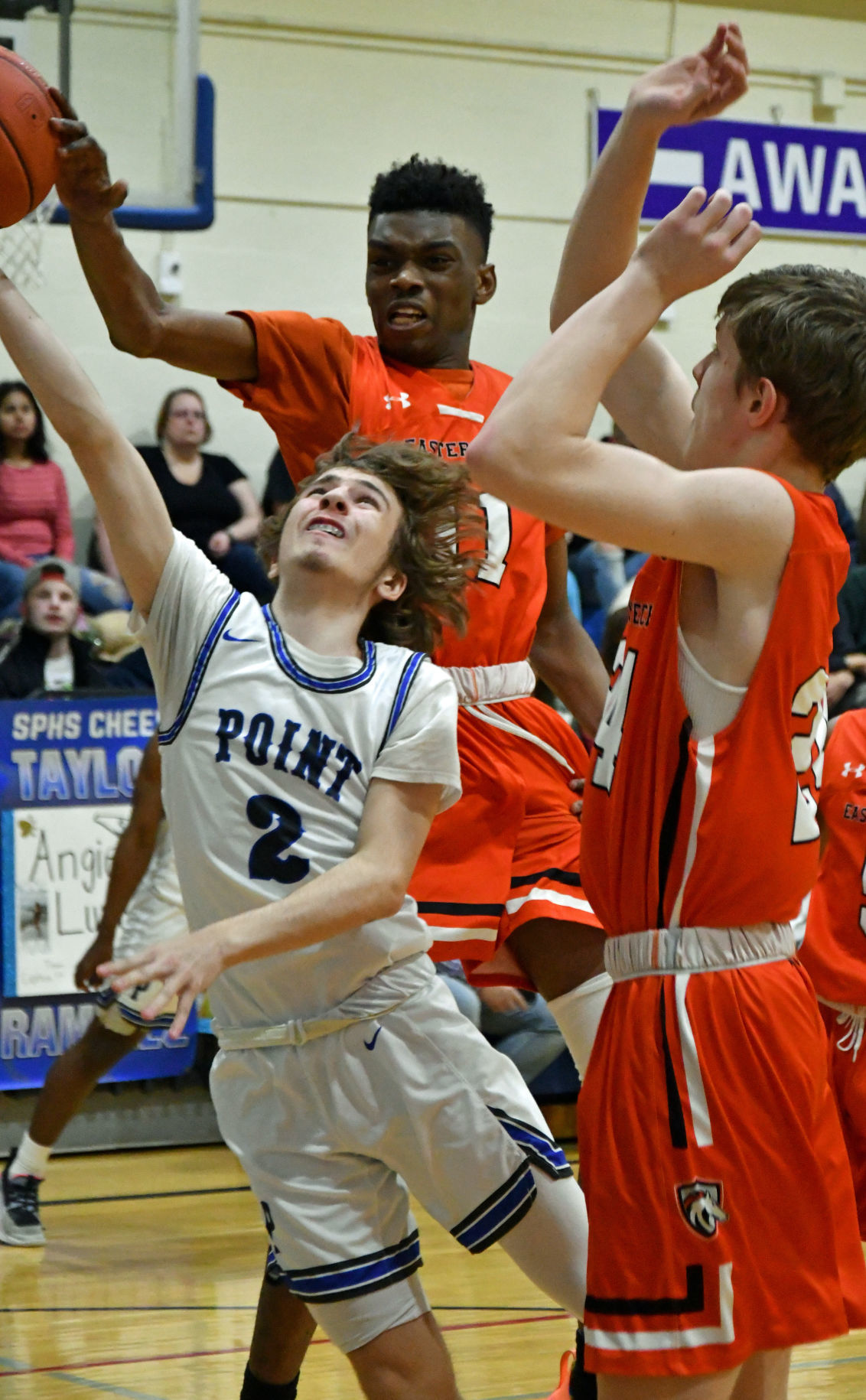 Jermaine Smith scores on a layup during the win over Eastern Tech. 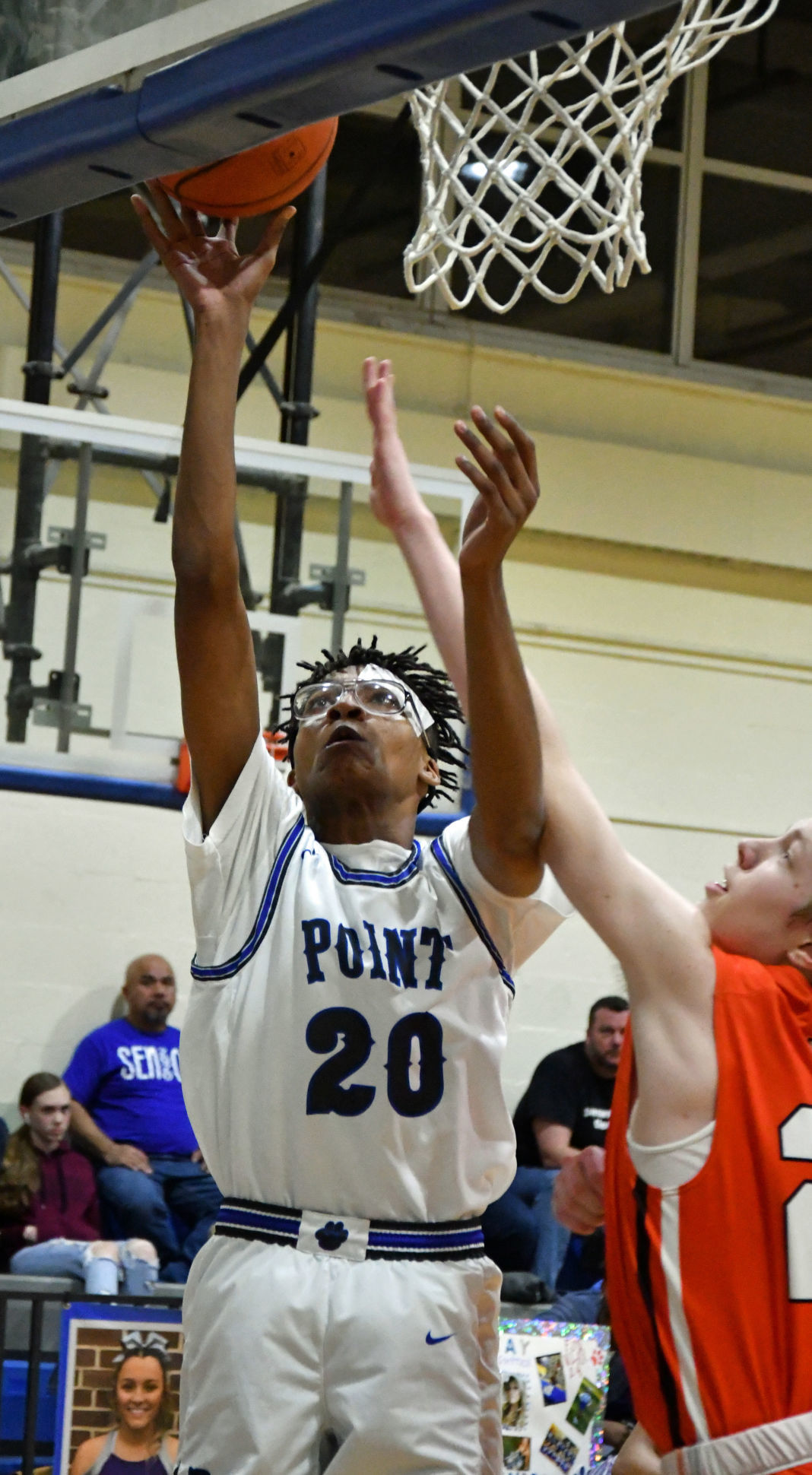 Andre Stallings puts up a basket against Eastern Tech.

Ramon Villanueva drives to the basket against Eastern Tech.

Jermaine Smith scores on a layup during the win over Eastern Tech.

Andre Stallings puts up a basket against Eastern Tech.

In the first game back from the Christmas break in January, the Sparrows Point boys basketball team went to Eastern Tech and lost 54-52.

It was the first win of the season for the Mavericks, and the first loss of a three-game losing streak for Sparrows Point (its longest of the season).

That did not sit well with the Pointers.

Eastern Tech, the only team Sparrows Point played twice during the regular season, came to Sparrows Point last week and the Pointers took advantage of the opportunity with an 83-56 thrashing of the Mavericks.

Midway through the fourth quarter, Sparrows Point led 71-36. The Pointers eased up a bit over the last four minutes.

In the first meeting, Sparrows Point went scoreless over the final 3:30 of the game to allow Eastern Tech to rally from a five-point deficit.

Still, that game was closely contested from start to finish. This game, the Pointers took a double-digit lead (19-9) in the first minute of the second quarter and steadily extended it.

“Our hustle was better this game,” Pointer coach Marcell Marshall said. “That’s something we talked about: hustle.

“We kept our focus. “I always talk to my guys about their attitude.”

The win kept Sparrows Point in the running for the top seed in a closely-contested Class 2A North Region II race, even after a loss to Owings Mills on Friday, 90-77.

(Records are unofficial and may have changed by press time).

Sparrows Point had one game remaining, at Chesapeake on Wednesday after The Eagle went to press.

“We can’t look too far ahead,” Marshall said. “We’re taking it one point, one game at a time.

“The school hasn’t been in this position [contending for a top seed] for a log time. Our job as coaches is to keep them level-headed for the rest of the season.”

Sparrows Point entered this season having won only four games combined over the previous four seasons.

The additions of junior Ramon Villanueva (transfer) and freshman Omar Reid have sparked the turnaround, along with the performances of returning players Jermaine Smith and Peyton Conn.

Should the Pointers snag the top seed, they will open the playoffs at home against winless Southwestern.

Sparrows Point appears to be the only team in the region with a winning record, but Baltimore City Class 2A schools play tough schedules and Patterson and Dunbar shouldn’t be underestimated despite their records.

The Owls finish the regular season at Woodlawn on Wednesday and at Owings Mills on Feb. 24.

The Patriots were to finish the regular season at Kenwood on Wednesday.