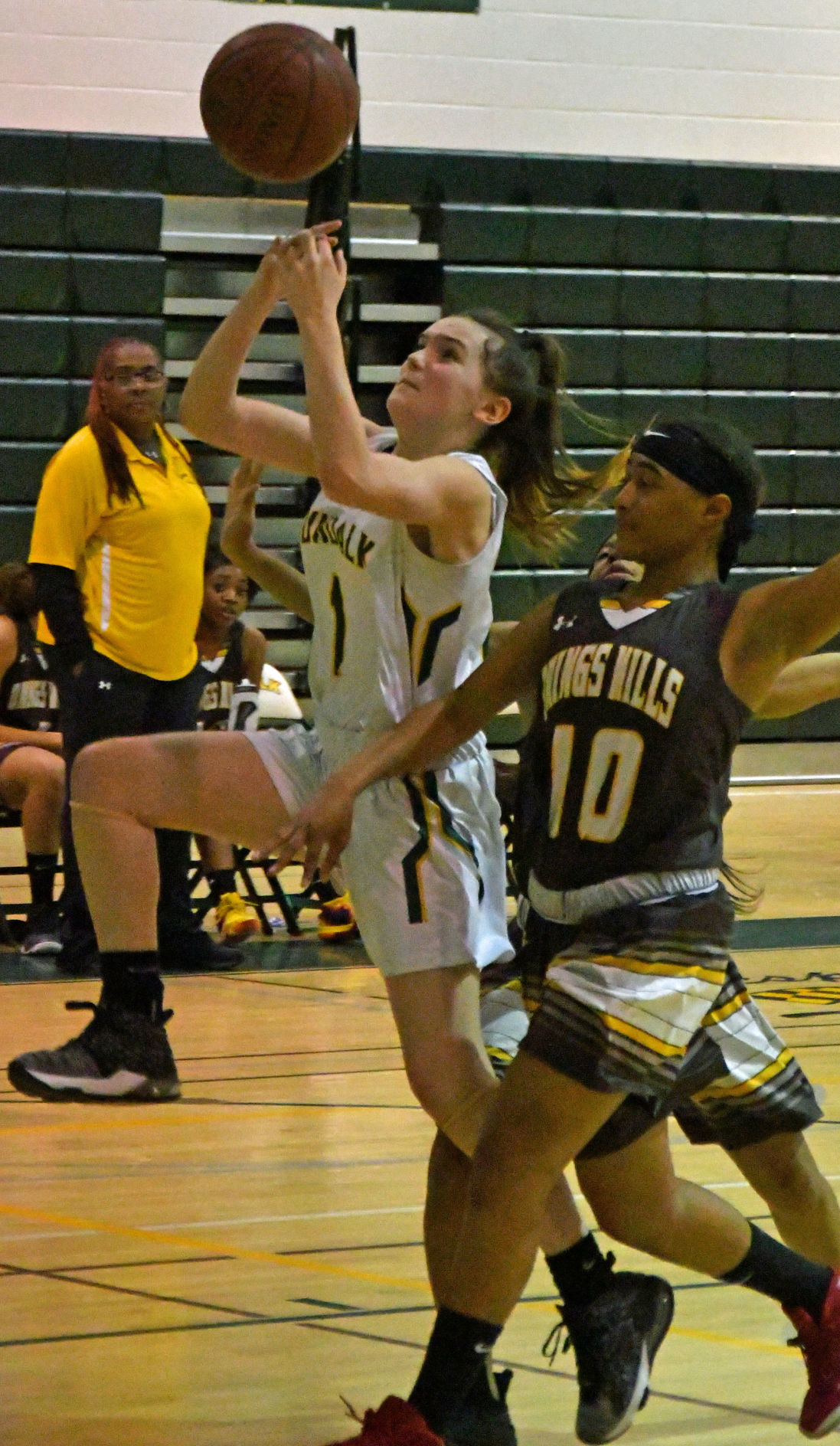 Brittany Thompson drives to the basket against Owings Mills.

Lilyian Hafner takes a shot over an Owings Mills defender. 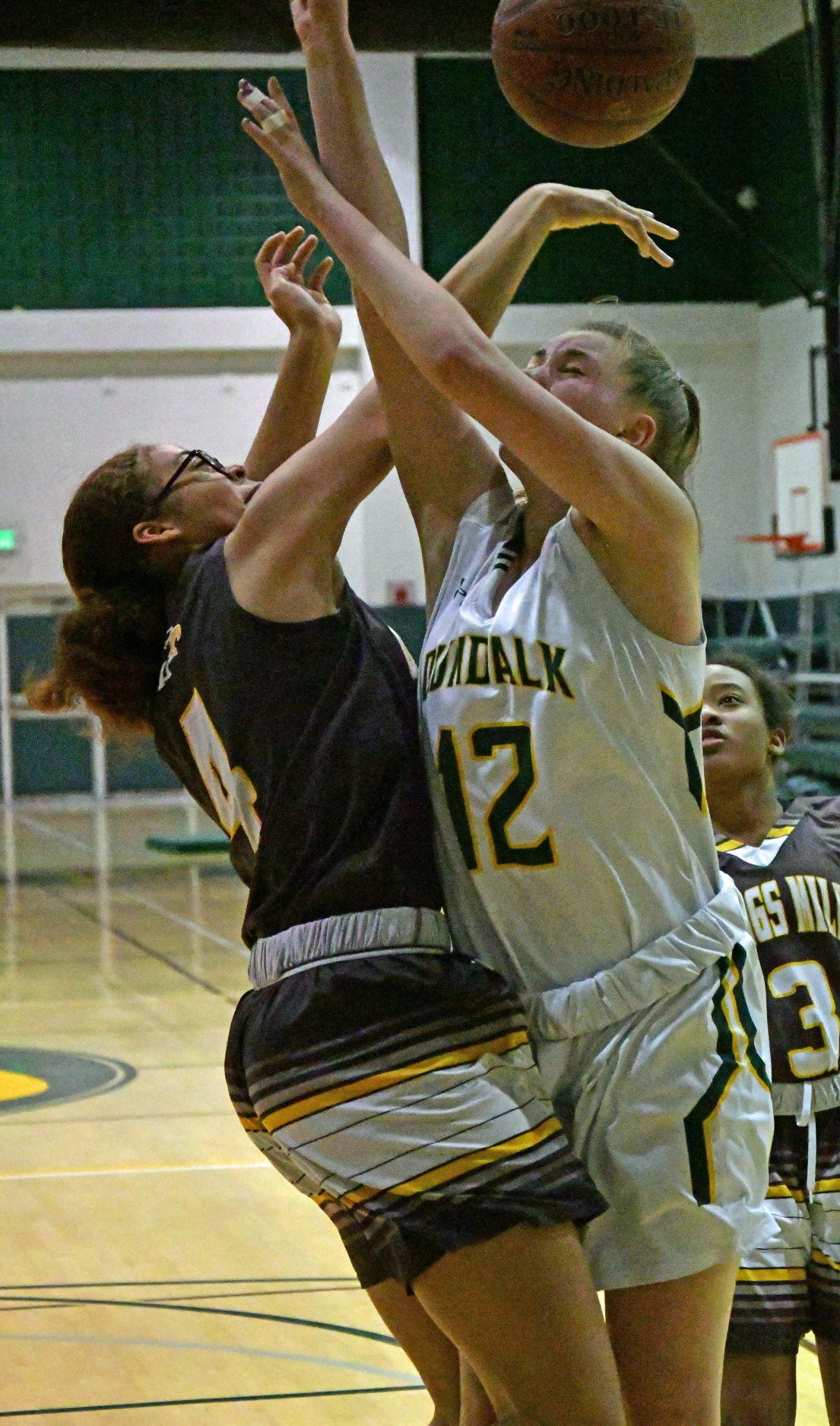 Aubrey Stulich is fouled by an Owings Mills defender.

Caylie Hafner passes to a teammate during the loss to Owings Mills.

Lilyian Hafner takes a shot over an Owings Mills defender.

Aubrey Stulich is fouled by an Owings Mills defender.

Caylie Hafner passes to a teammate during the loss to Owings Mills.

The Owls were at home, playing an Owings Mills team that only beat them 18-16 earlier this season, and had been playing better since the start of the new year.

And after a three-pointer by Lilyian Hafner to start the second half, Dundalk trailed by 12-10.

Then things kinda took a turn for the worse.

The Owls didn’t score again in the third quarter, while the Golden Eagles somehow found a spark and scored as many points (19) in the fourth quarter as it scored in the first three quarters, pulling away for a 38-17 victory.

Much of the damage was done by one Owings Mills player, who scored 13 points in the fourth quarter and finished with 23 points. She outscored the rest of her own team as well as the entire Dundalk team.

The Owls, who have struggled to score all season, had no one to match her.

Dundalk has only six players in uniform, but the program does have a junior varsity team this year.

Dundalk scored in double figures just once in five December games. Since returning from the holiday break, however, the Owls have reached double figures in all six games.

The Owls got open shots against Owings Mills, but just weren’t making them. Many of the missed shots were attempted from under the basket.

The Dundalk boys team finished fifth in the team standings during the Baltimore County championship meet on January 21 at the Fifth Regiment Armory.

Patapsco and Sparrows Point did not score in the meet.

The 800-meter relay of Jordan Williams, Dallion Smith, Taishaun Craddock and K.J. Welch took second to Woodlawn with a time of 1:36.66. The Warriors clocked in at 1:34.54.

Dundalk and Sparrows Point finished in a five-way tie for seventh place with Lansdowne, New Town and Western Tech. Each team scored 10 points.

Samantha Gamble took second in the high jump with a height of 4-8.