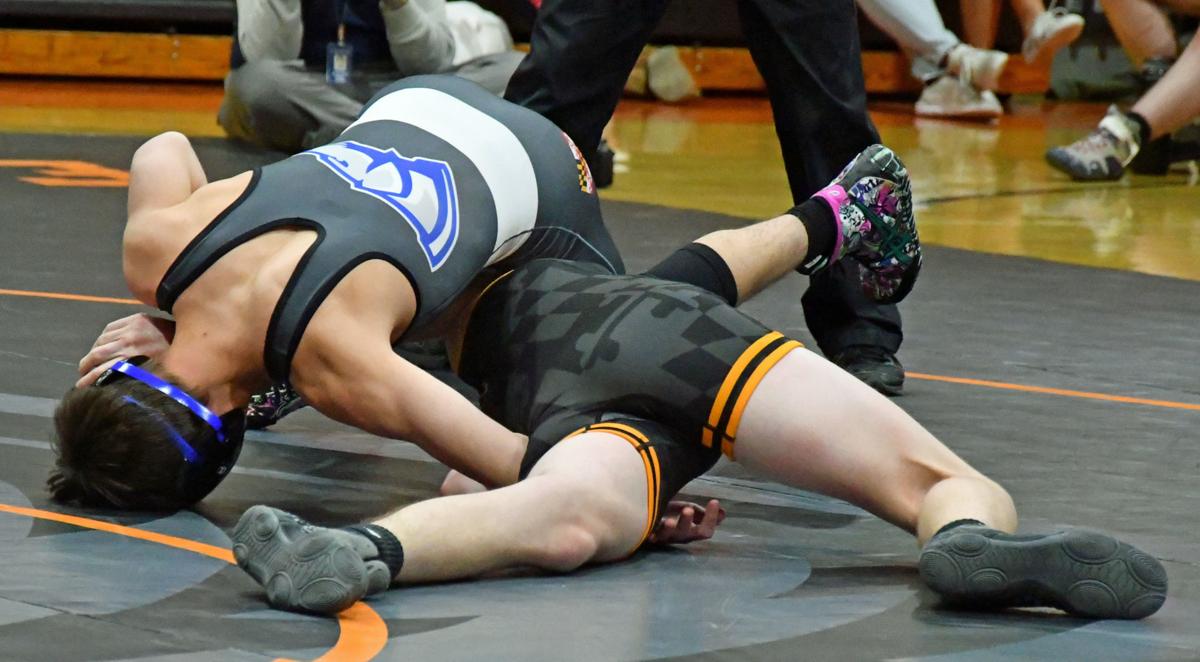 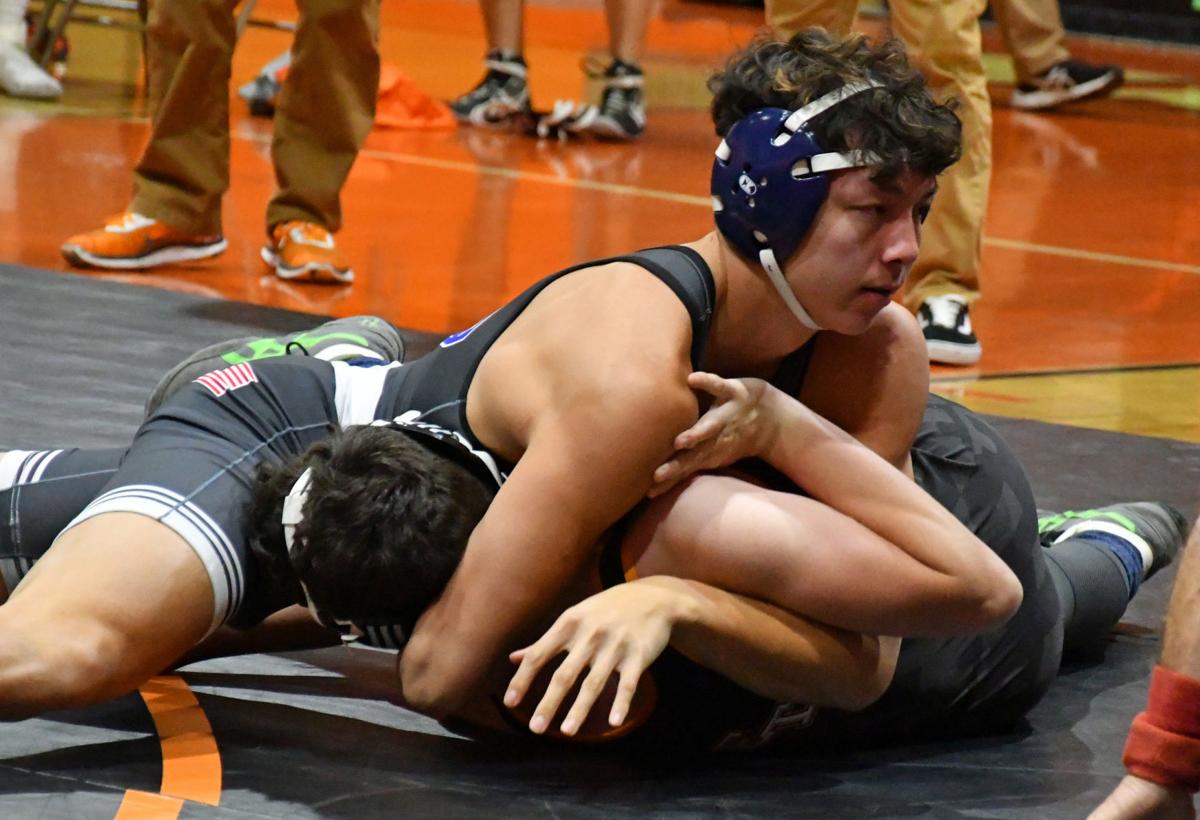 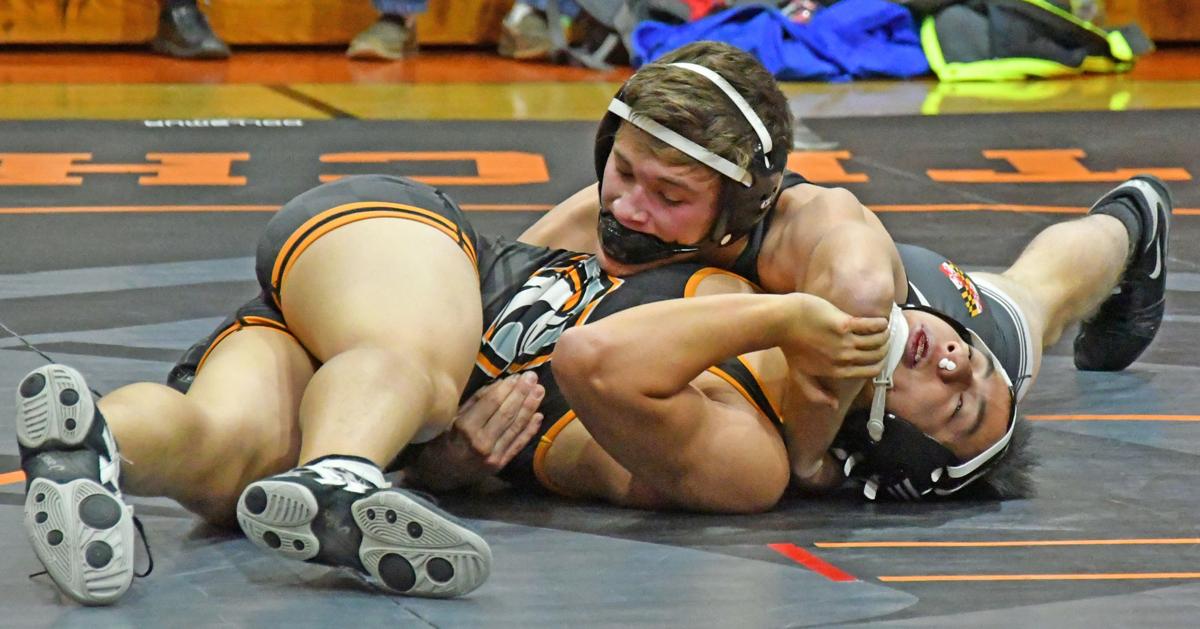 Luke Hoenig puts Kevin Minn of Eastern Tech on his back for an eventual pin. 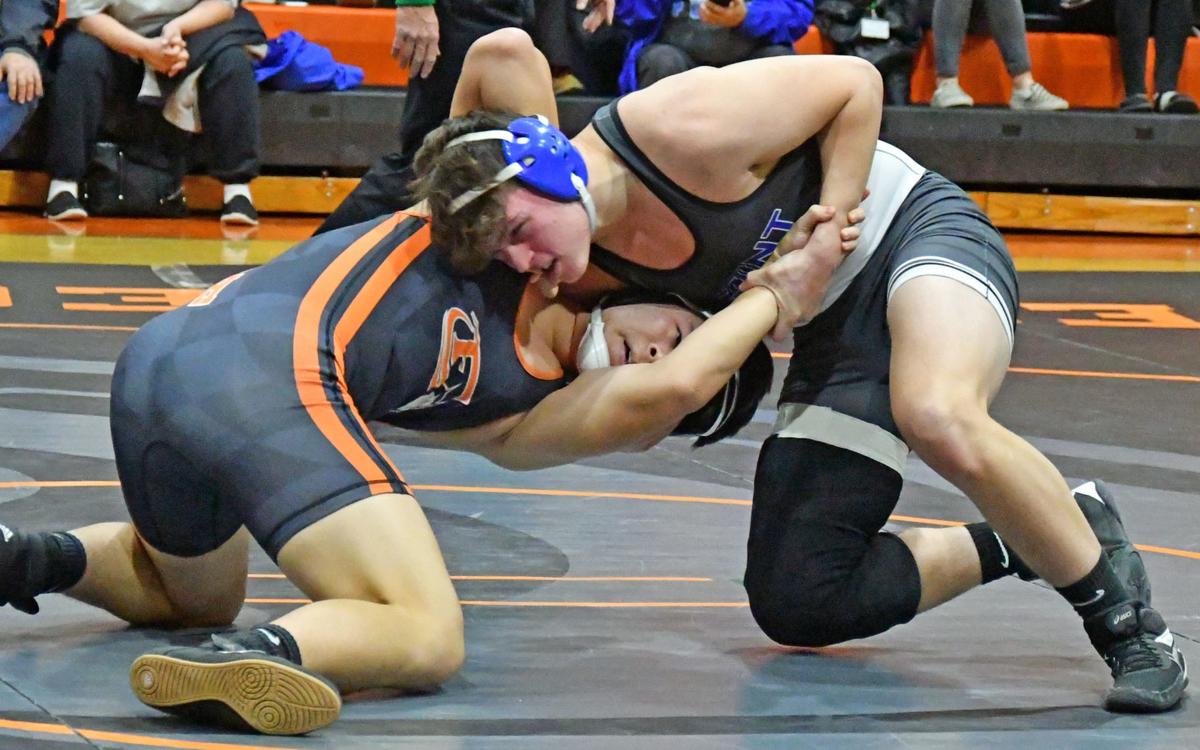 Luke Hoenig puts Kevin Minn of Eastern Tech on his back for an eventual pin.

The Sparrows Point wrestling team added three more dual match wins by wide margins last week, with one being much wider than anticipated.

The Pointers won at Hereford 61-15 on Dec. 17 in what was thought to be their toughest test of the season to date (aside from invitational duals tournaments).

“I was a little surprised at the result,” Sparrows Point coach Mike Whisner said. “Hereford is a quality program, but they had a couple of kids who were sick or injured.”

Sparrows Point led 31-0 before Hereford got a pin at 152 pounds.

Sparrows Point then went to Eastern Tech for a tri-match on Thursday, where it beat the Mavericks 72-7 and New Town 82-0.

Jackson’s win gave Eastern Tech an early 3-0 lead, which turned into a 72-3 deficit by the time Haines wrestled.

The New Town match featured six forfeits by the Titans, seven Sparrows Point pins and one decision — a 9-1 victory by Hoenig at 145 pounds.

At 170 pounds, rallo pinned another state-ranked wrestler in 1:19.

Looking ahead, the schedule does get tougher for Sparrows Point, and not just from Owings ills.

“We wrestle South River, and they just beat Damascus,” Whisner said. “Patterson Mill is always strong. But we have our work cut out for us next weekend at the Damascus Holiday Tournament.”