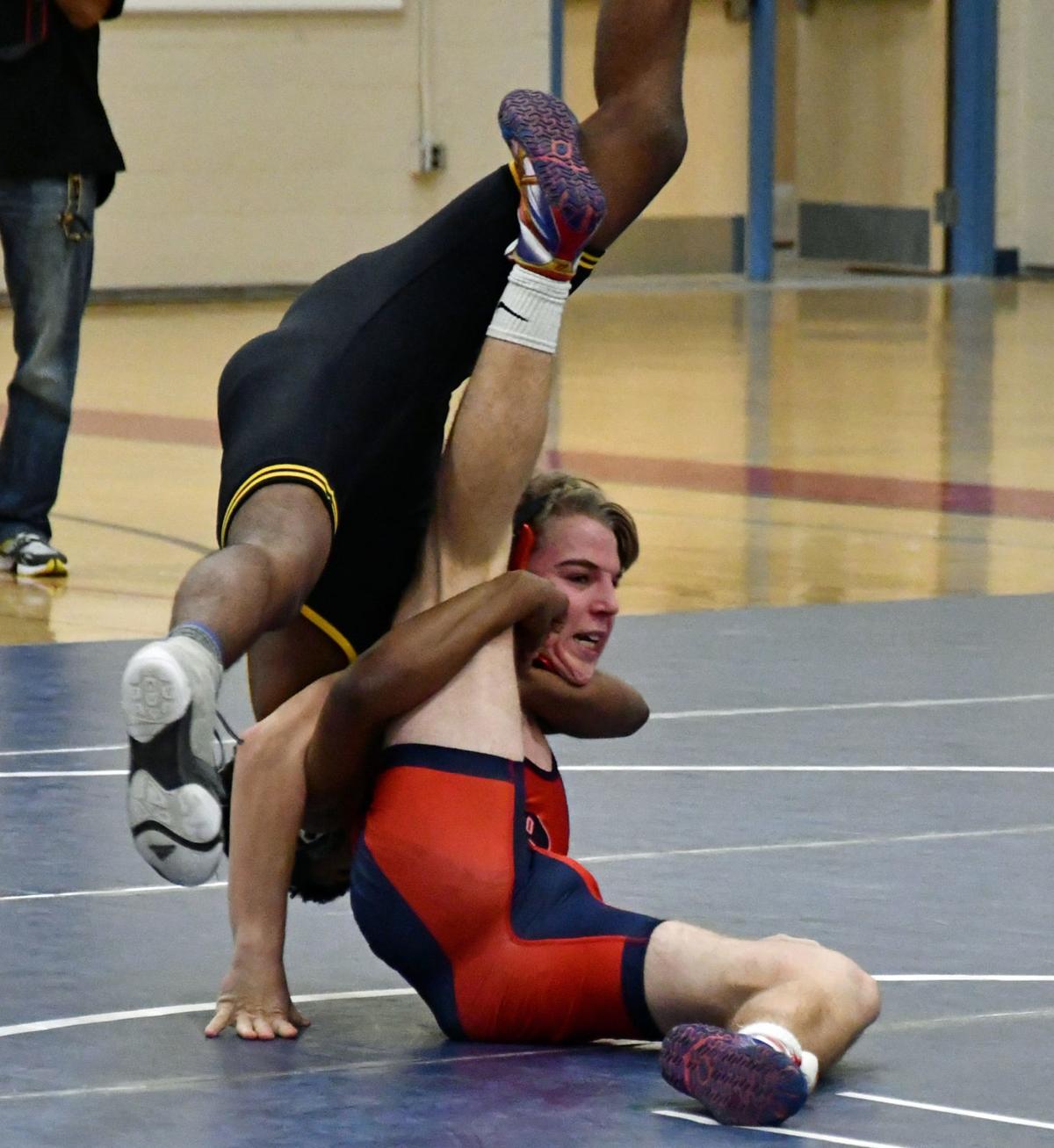 Patapsco’s Mitchell Wilson fights to stay off of his back. 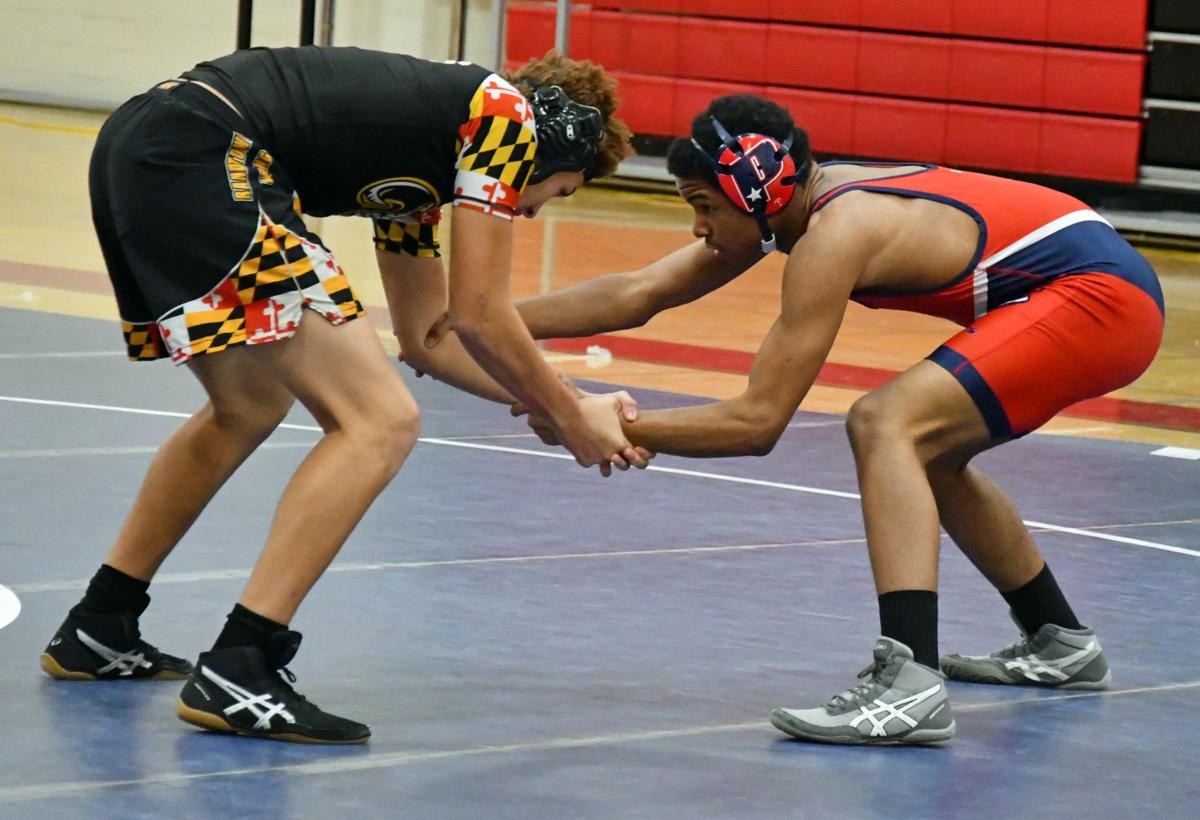 Clarence Driver-Stanford of Patapsco battles for position against Randallstown. 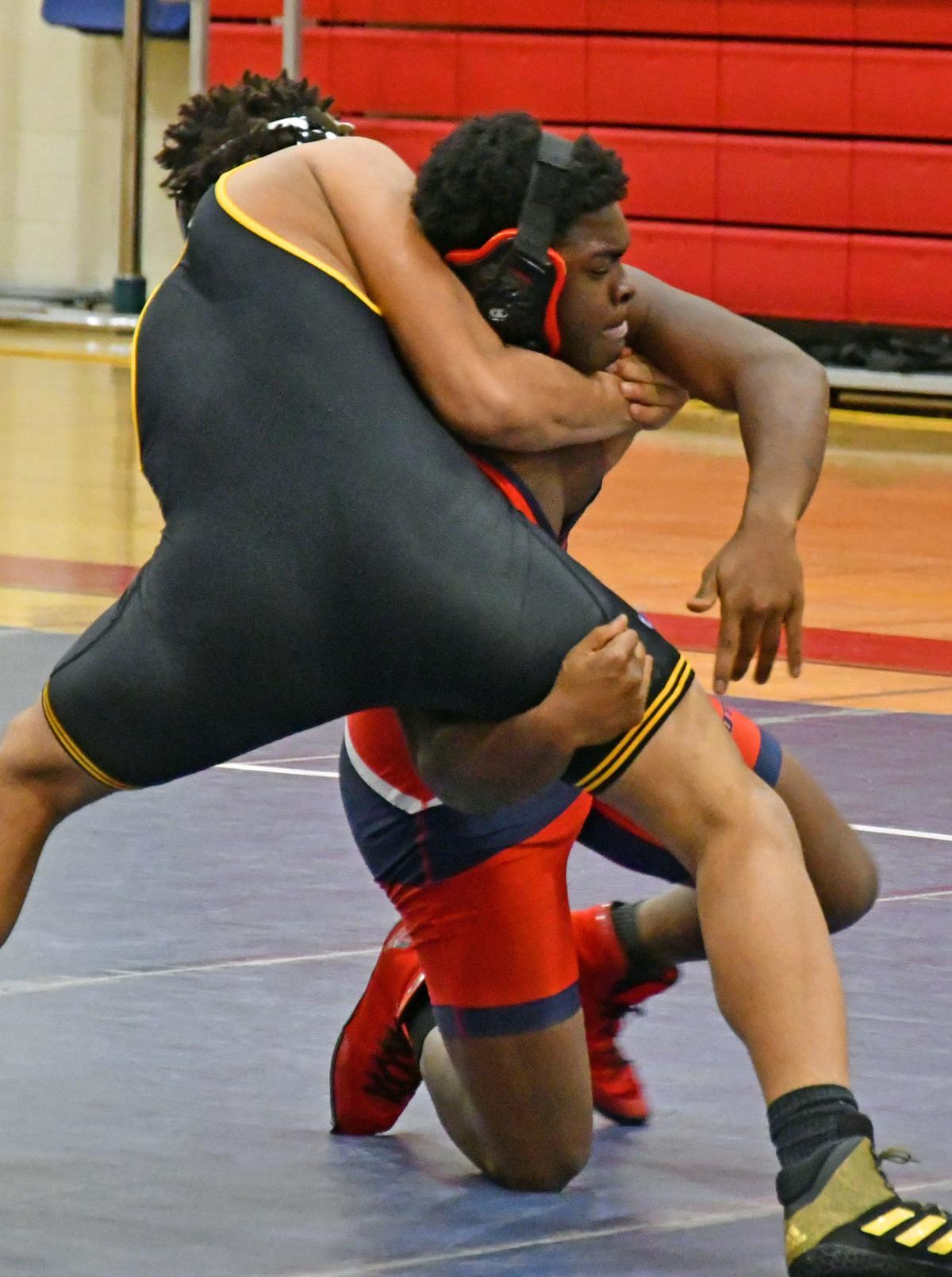 Dezmond Henderson works to take down a Randallstown wrestler.

Patapsco’s Mitchell Wilson fights to stay off of his back.

Clarence Driver-Stanford of Patapsco battles for position against Randallstown.

Dezmond Henderson works to take down a Randallstown wrestler.

The Patapsco and Randallstown wrestling teams combined for 13 forfeits when the Patriots hosted the Rams on Jan. 14.

Randallstown won all four matches that were actually contested on the mat (some weight classes had forfeits from each team) to win the match 39-24.

“We miss-matched,” Patapsco coach Craig Willett said. “When we had a kid in a weight class, they didn’t, and where they had a kid, we didn’t.”

Patapsco had three wrestlers out with the flu. Usually, the Patriots are only missing three weight classes: 195, 285, and 113.

“We’re a different dual match team when we have everyone,” Willett said.

The Patriots have three wrestlers who Willett feels can place in the postseason tournaments: Sylvil Blake at 152 pounds, Dezmond Henderson at 170 pounds and Anthony Garcia at 132 pounds.

Patapsco wrestles at Dundalk on Thursday, starting at 6 p.m.

King of the Mat

The Delaware school finished with a 9-0 record.

Broadneck and Parkville, both 6-4, took fourth and fifth, respectively.

Patapsco, the only local girls basketball team to win a game this season, picked up its second win at another local team’s expense when it beat visiting Dundalk 48-18 on Jan. 15.

The Patriots then fell at Pikesville on Friday 79-10 to drop their record to 2-5.

Patapsco will host New Town on Friday and Sparrows Point on Jan. 29.

The Pointers fell to Parkville and Milford Mill last week to fall to 0-9. Sparrows Point will host Hereford on Friday.

Dundalk (0-9) lost at Hereford 55-20 on Friday. The Owls were to host Parkville on Wednesday and Owings Mills on Thursday.