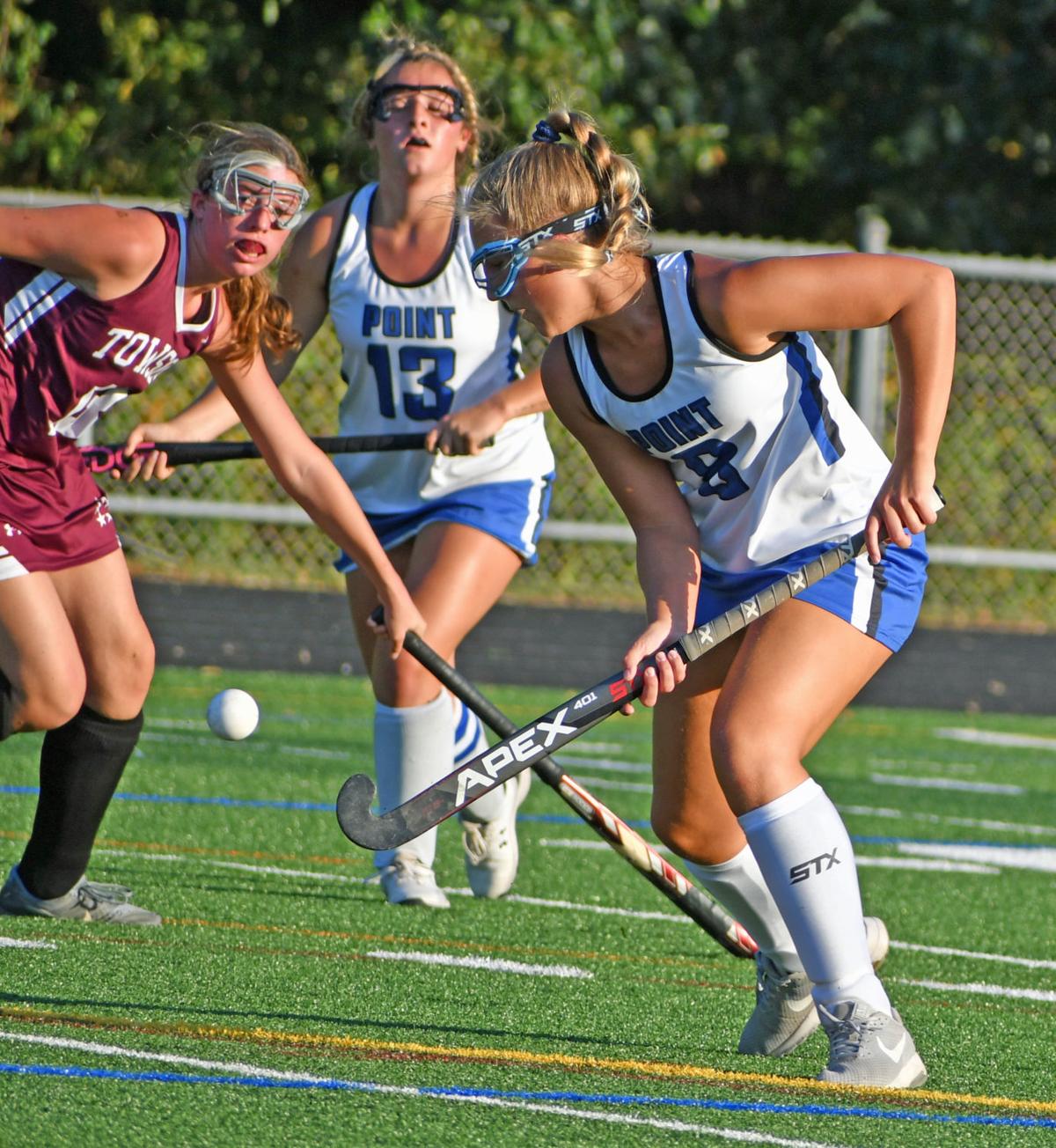 Callie Polanka of Sparrows Point prepares to settle the ball during the win over Towson. 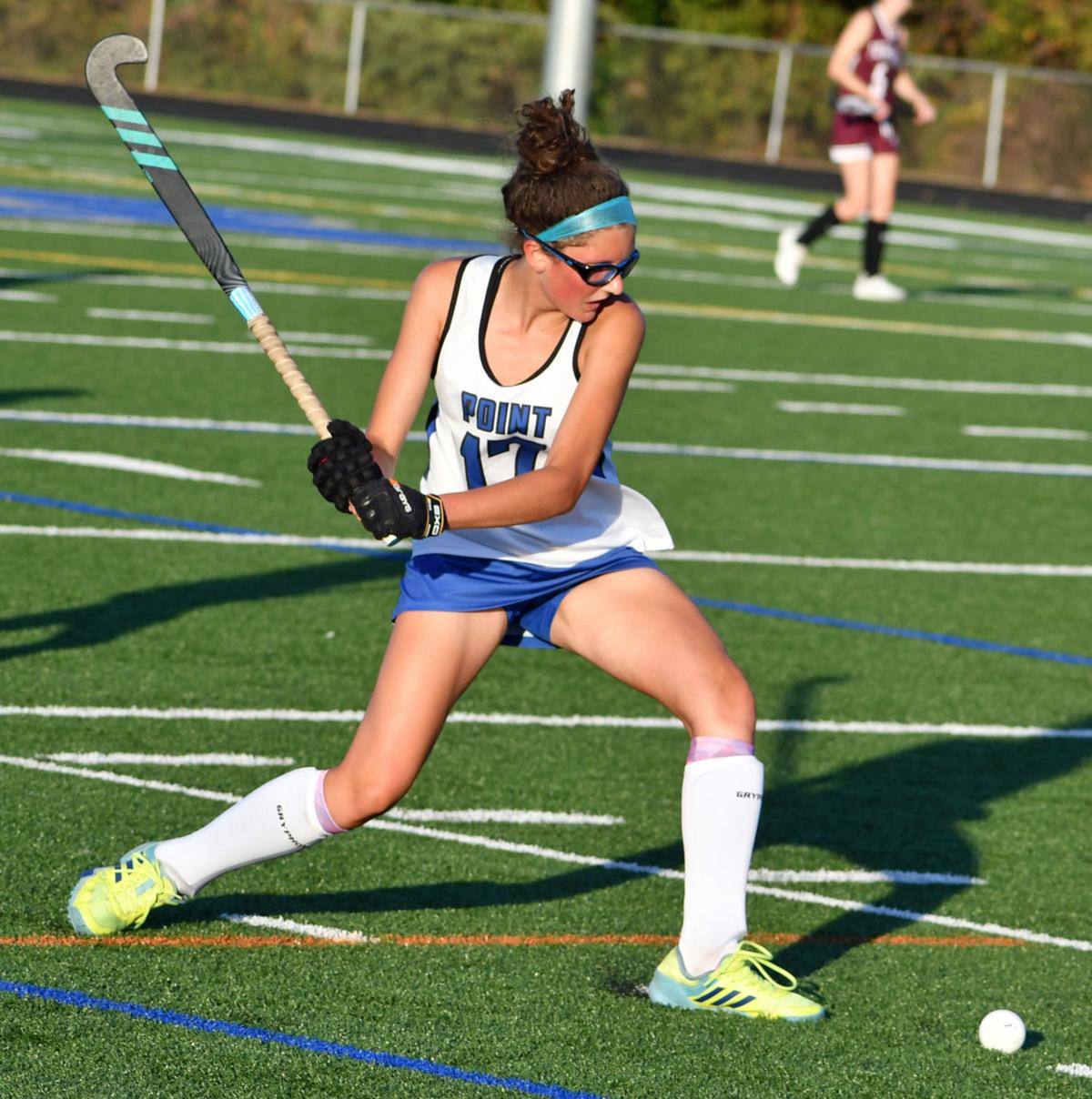 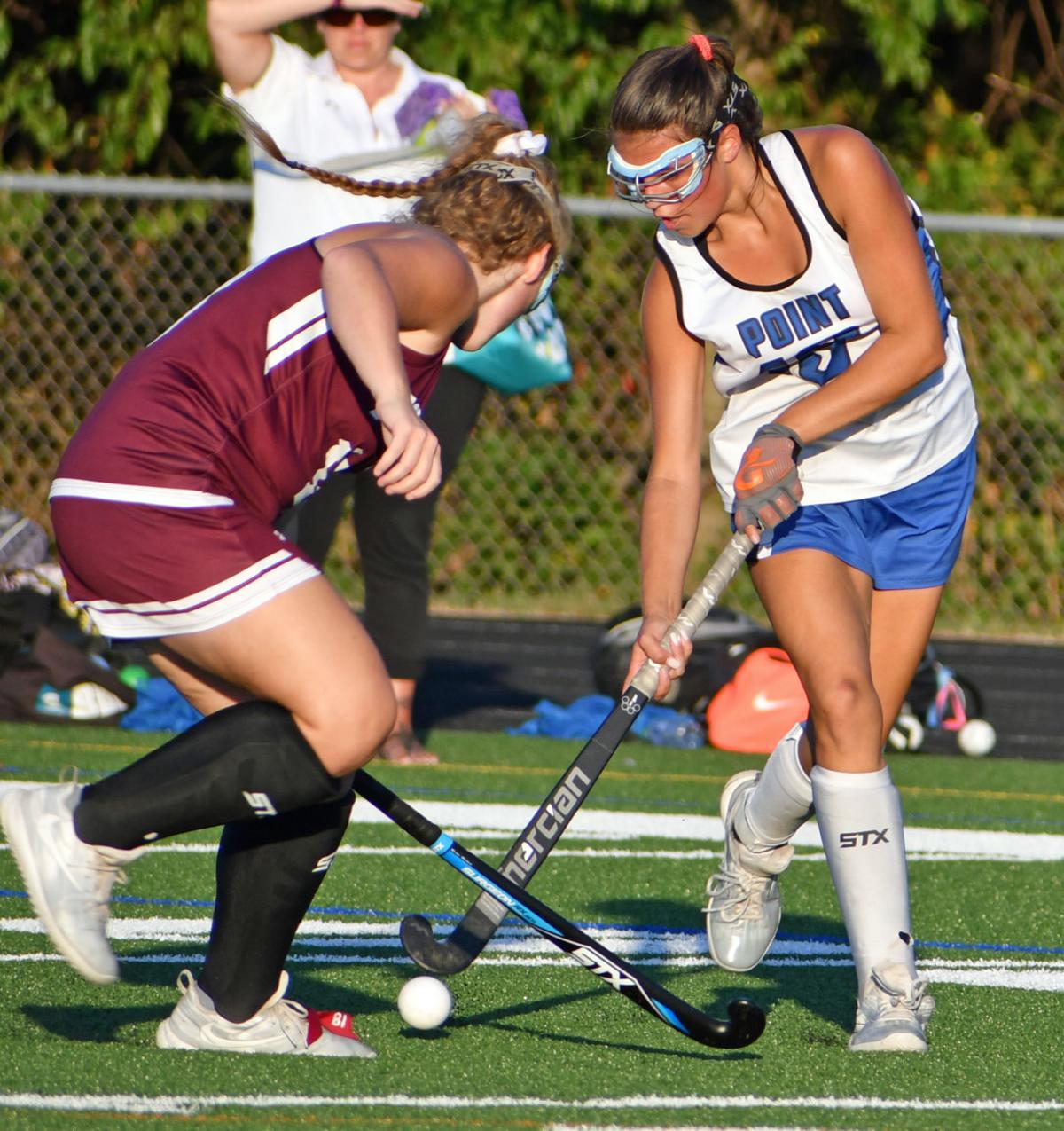 Kayla Campbell of Sparrows Point attempts to dodge past a Towson player. 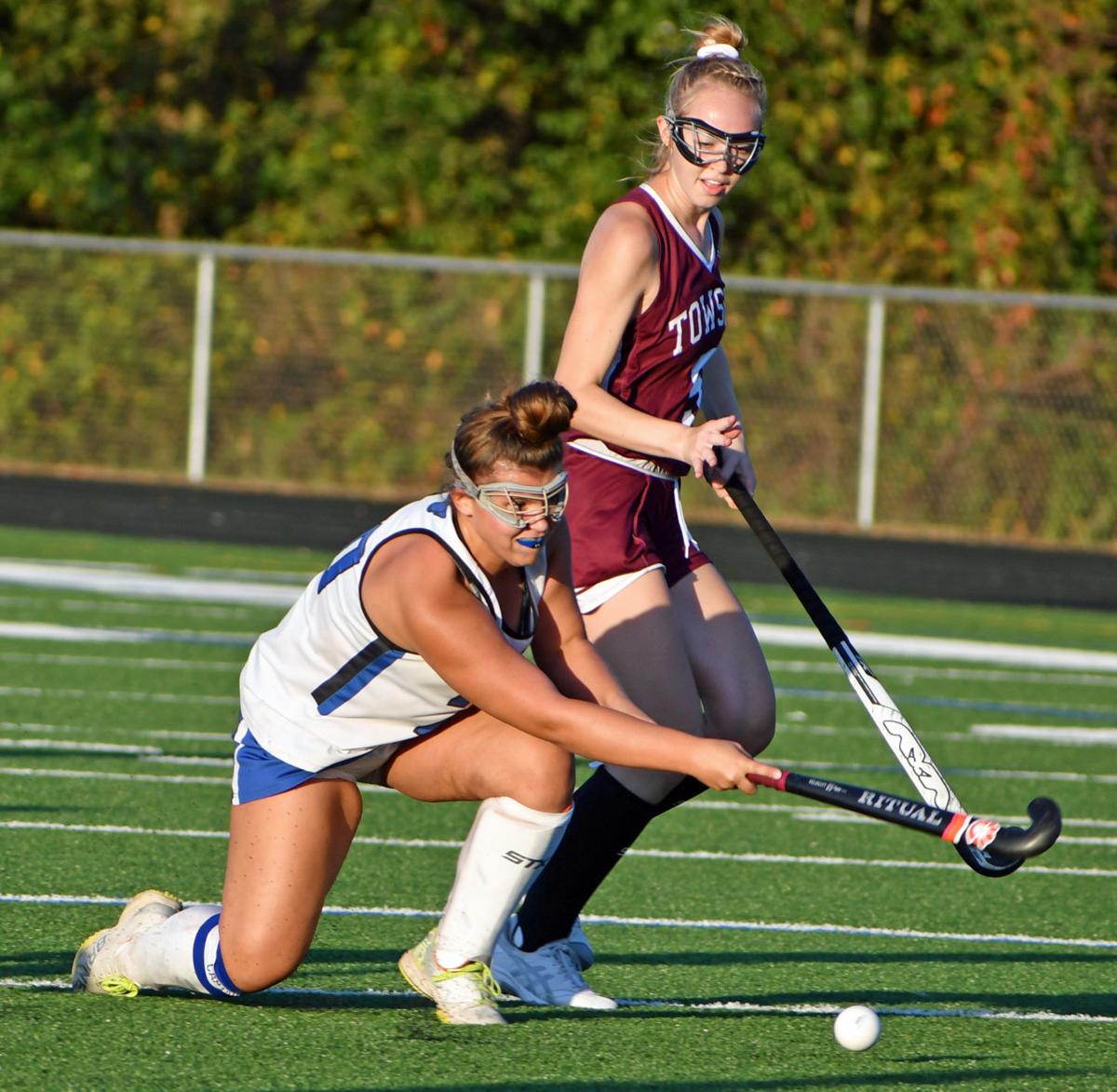 Alyssa Shiflett drives the ball toward the Towson goal. 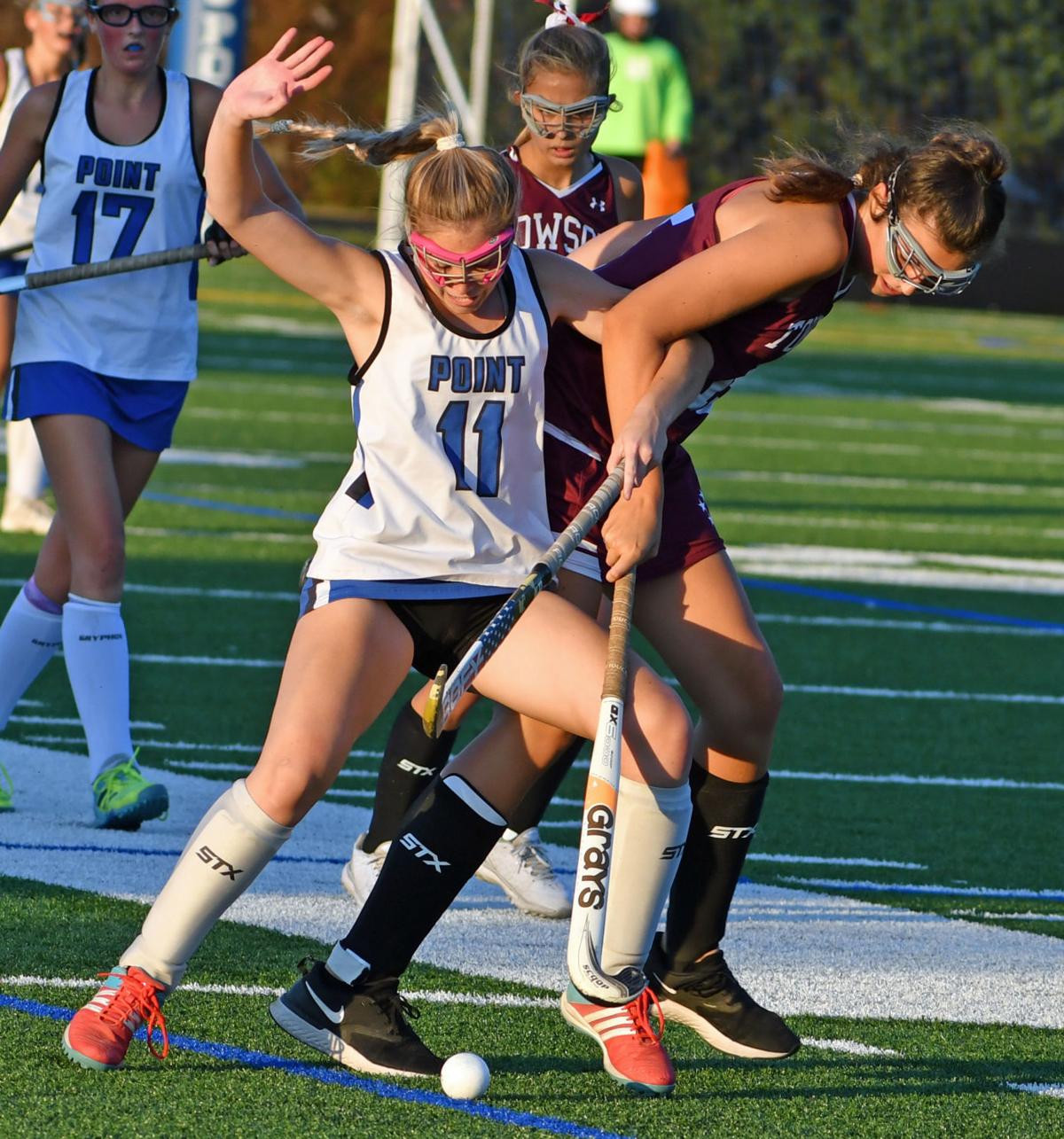 Riley Brubach of Sparrows Point battles a Towson player for control of the ball.

Callie Polanka of Sparrows Point prepares to settle the ball during the win over Towson.

Kayla Campbell of Sparrows Point attempts to dodge past a Towson player.

Alyssa Shiflett drives the ball toward the Towson goal.

Riley Brubach of Sparrows Point battles a Towson player for control of the ball.

It’s been a season of peaks and valleys for the Sparrows Point field hockey team thus far this season.

The win over Perry Hall was the first for Sparrows Point over the gators since former Pointer hockey star Brittani LaFollette took over as the Perry Hall coach in 2017.

Alyssa Shiflett scored the first two goals against the Gators, and Riley Brubach scored the game-winner.

Even the 4-0 loss to perennial state power Hereford in the next game didn’t dampen the Pointers’ excitement.

“I was happy with losing 4-0 to Hereford,” Gwin said. “We had a shutout in the second half. They jumped us early, but we settled down.”

Sparrows Point is also still in Class 1A for field hockey, while all their recent opponents are Class 2A or higher.

So the Pointers won’t be seeing Hereford, Dulaney and Catonsville in the regional playoffs, but they will have the experience from playing the bigger schools.

Against Towson, the Pointers went up 1-0 in the first half as Shiflett launched a blistering drive though the General defense that was tipped into the goal by Ramsey Coffman.

Midway through the second half, Kayla Campbell came down the right wing and ripped a perfect centering pass to Jordan Smith waiting in front of the Towson goal.

Smith settled the ball and drove it into the cage.

Towson scored to cut Sparrows Point’s lead to 2-1 with six minutes remaining, but Coffman restored the two-goal advantage by scoring one minute later.

“We were playing more controlled.” Gwin said. “We were looking for a pass and an open shot, instead of just taking a direct shot.”

Sparrows Point was to play at Franklin on Wednesday and host Loch raven on Monday.

The Raiders are a potential Class 1A North Region playoff opponent.

Patapsco lost at Loch Raven 3-2 on Sept. 24, but bounced back to beat visiting Lansdowne 4--0 on Thursday.

The Patriots were to host Kenwood on Tuesday and play at Owings Mills on Thursday.