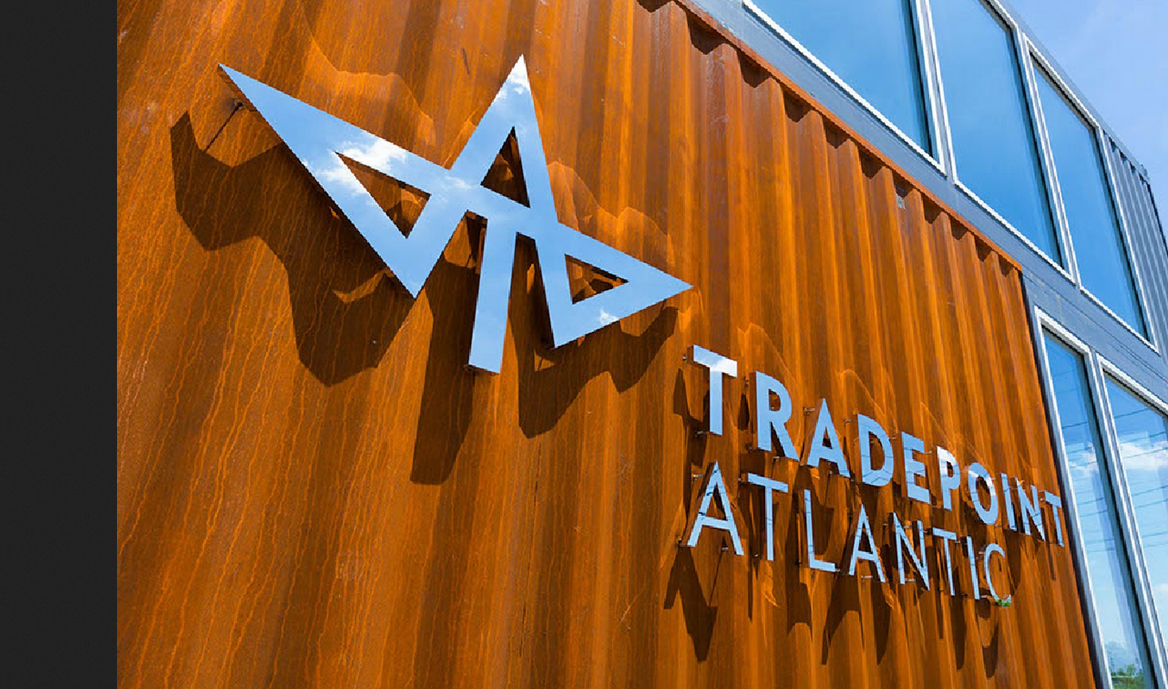 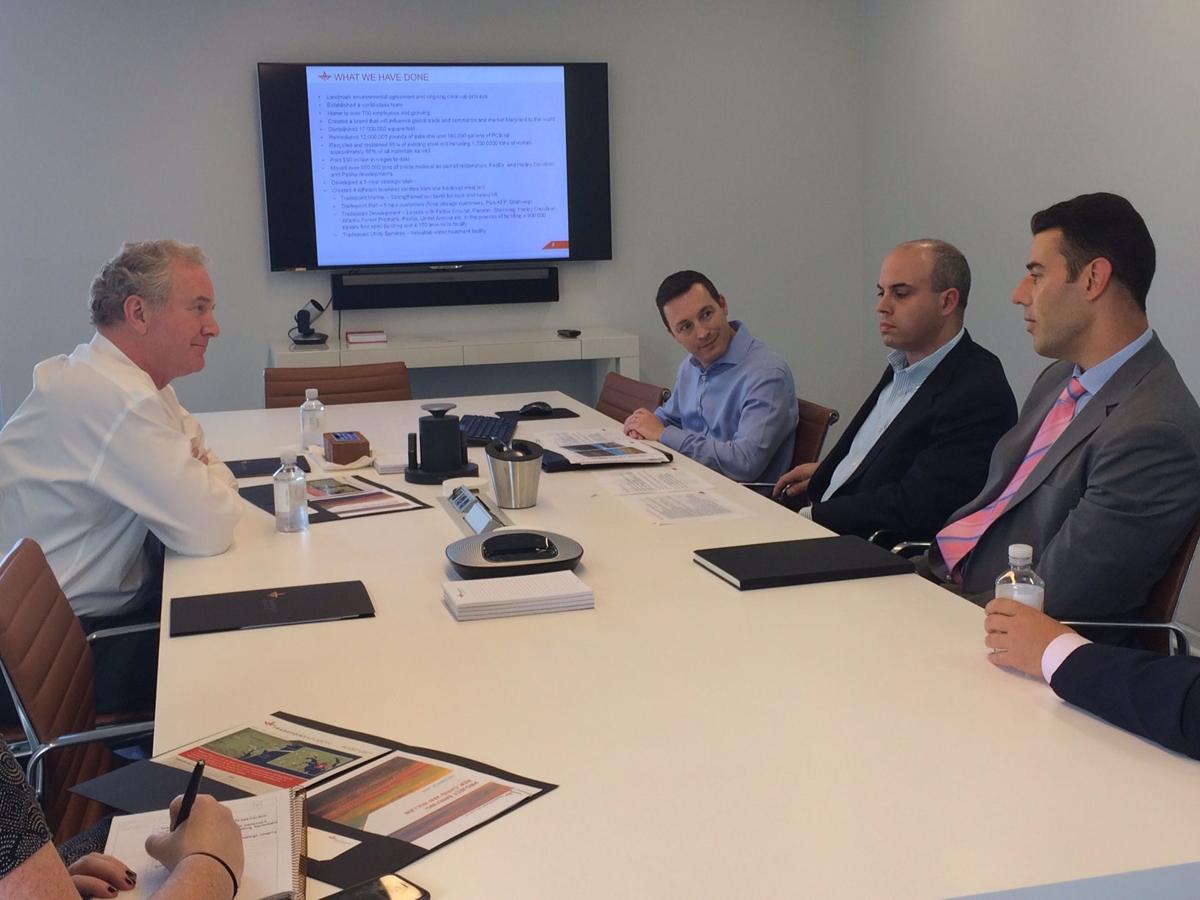 Van Hollen was briefed by Tradepoint Atlantic officials on the redevelopment. 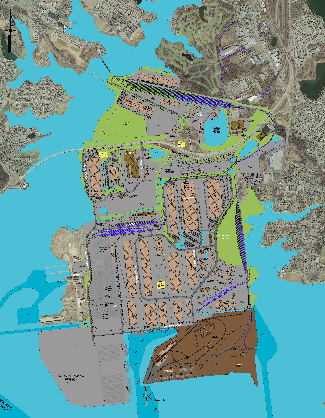 Tradepoint Atlantic has applied to dredge down to 42 feet at its port on the southern end of the peninsula.

Van Hollen was briefed by Tradepoint Atlantic officials on the redevelopment.

Tradepoint Atlantic has applied to dredge down to 42 feet at its port on the southern end of the peninsula.

Tradepoint Atlantic will upgrade port and rail facilities at Sparrows Point with help from a federal grant.

The TIGER program was established in 2009 to distribute funds to transportation projects — port, transit, road or rail — across the nation. In the past nine years, the program has distributed approximately $5 billion to projects around the U.S.

The $20 million in TIGER funds, which will be matched by Tradepoint, will go toward infrastructure improvements at the former steel mill site.

The grant will help fund upgrades to the site’s marine terminal at East-West Berth. Work will also include improvements to the bulkhead and the dredging of the turning basin and approach channel.

Tradepoint also plans to install an upgraded crane rail system that will enable cargo to be moved from ships to trains or trucks, among other planned improvements. The work is slated to be completed over four years.

“Sparrows Point was at the center of Baltimore’s economic history, and this grant will enable redevelopment that helps ensure that the site is central to the city’s economic future. This strong federal investment in TradePoint Atlantic will bring with it greater economic growth, new shipping capacity and job creation,” U.S. Sen. Ben Cardin said in a statement.

U.S. Sen. Chris Van Hollen echoed this sentiment, claiming that the investment will bring jobs to the area.

Creating good-paying jobs in Maryland is our number one priority, and this significant federal investment in Sparrows Point will allow us to do just that, he noted, adding, “This project will expand commercial opportunities around the Port of Baltimore, and ultimately grow our state and local economies.”

“The scale of this project cannot be overstated — it will transform Sparrows Point into a 21st-century transit hub, creating more than 21,000 jobs in the Baltimore area and increasing access to consumer goods for one-third of the American population,” said Rep. Dutch Ruppersberger.

Baltimore County Executive Kevin Kamenetz also lauded the announcement, stating, “This public/private infrastructure investment will ignite job creation in Baltimore County and the entire region by speeding up the turnaround of Sparrows Point from a shuttered steelmaking site into a modern hub for global commerce.

Aaron Tomarchio, senior vice president at Tradepoint Atlantic, also pointed to the potential for job creation as development continues at the site.

He stated, “By partnering with Baltimore County to secure this federal grant for infrastructure investment, we can continue our commitment to creating a first-class facility dedicated to increasing long term job creation in the Baltimore region and lowering prices of American export and import consumer goods.”

A recent economic study by Baltimore-based consulting firm the Sage Policy Group pointed to the potential for development at Sparrows Point to bring 17,000 permanent jobs to the area (plus 21,000 temporary construction jobs). Development, slated for completion in 2025, could bring $3 billion of economic activity, the group noted in its report.